The last chance? AMD next year will launch a new ZEN series CPU

According to technology website TechRadar reports, AMD ZEN will release a new series of CPU next year, once again the impact of high-end PC market, and Intel fight to win or die. AMD in the past few years in the processor market is not good, a processor architecture was still in use in 2011 Bulldozer, although improved, but this generation of CPU is almost AMD nightmare. But the AMD powder and finally to a feeling of exaltation upon fulfillment because the company will be in the next year, with the new ZEN series CPU back to the high-end PC market, with old rival Intel showdown. 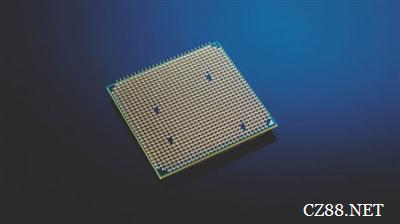 At the recent meeting of the Raymond James tech investor, Kumar said AMD will be launched in 2016, belonging to the ZEN series of high-end desktop FX processor.

He said that the main task of AMD in 2016 is to stabilize the company's computing and graphics chip business, including both civilian and commercial embedded graphics chip and ZEN series of high-end desktop CPU."

Consumer ZEN series CPU is also very much looking forward to the last month, AMD also said that the new CPU test results are fully consistent with the original set of performance standards. The company said the new design of the ZEN core has a strong performance, its performance than the existing processor upgrade 40.

ZEN series processor based on the AM4 platform is very compact, the price will continue the AMD's affordable route, the series CPU is divided into 4 core, 6 core and 8 core three versions. In addition, it will also be equipped with a new high bandwidth, low latency cache system.

The first meeting with us will be the series of the first big brother FX desktop processor, and then AMD will release a series of APU and the low cost processor products.