Microsoft: Windows 10 Mobile is about to launch

Microsoft has announced that Windows Mobile will be launched in early 2016, indicate new information now offers twitter account @LumiaHelp, windows mobile "very fast" will launch. Although the details of the poorly understood, but Microsoft recently updated the lumia support page display, if less than 8 GB of internal storage capacity, it will not get all the features of windows mobile.

Microsoft on the support page said: "we are trying to make it conform to the qualification upgrading, at present running Windows Phone 8.1 lumia smartphone upgrade to Windows Mobile, 8GB of internal storage space for at least. And any new operating system upgrade is similar, not every phone will support all the functions of Windows 10 Mobile. Some of the features and experiences that require more advanced hardware in the future."

Now appears, Microsoft is about to Windows Phone devices provide windows 10 mobile service upgrade, and some of the equipment will be early in other equipment upgrade. It is reported that prior to Microsoft's Windows Phone flagship, lumia 930 and 1520, as well as the latest products, such as the lumia 640 and 640 XL will be included in the first wave to upgrade the ranks, and other products may be equal to a bit of time to upgrade to the new operating system.

At the same time, Microsoft is factory pre installed windows 10 mobile lumia 950 and 950 XL provided upgrades, allow them to upgrade to windows and other equipment of the same 10 mobile version. 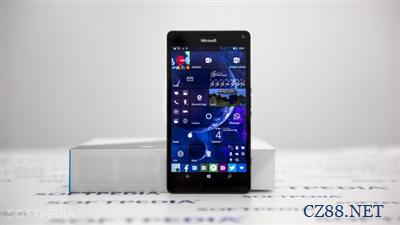