Why Amazon will become the most profitable company? 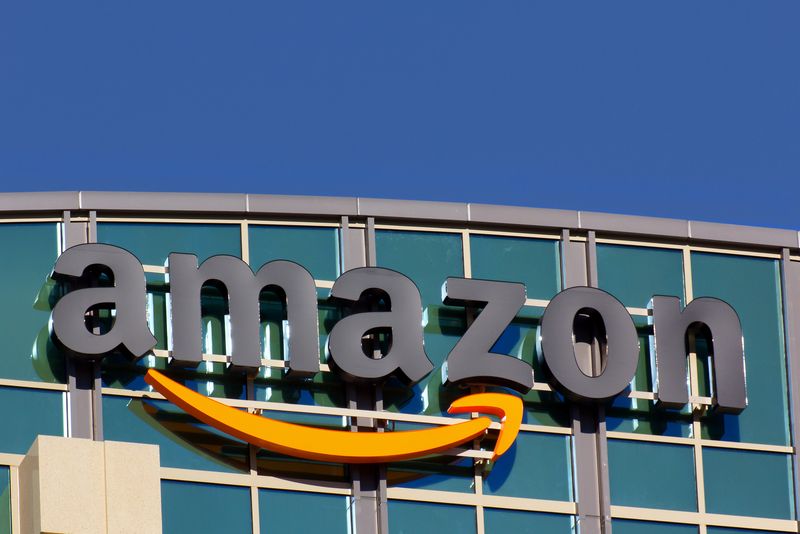 Editor's note:Thompson BenThe article is always, as always, full of the big picture and the big opening of the brain. This time he talked about the origin of the AWS Bezos's obsession with a book, and then said the AWS's profit model, and then use the same way of thinking to re-examine the Amazon's other business. Finally come to a conclusion that we all know: what kind of organization there is what kind of products.

At that time, AWS is mainly used to provide developers with access to the Amazon retail stores, but S3 has little relationship with retail, at least not directly related.

Such as Stone Brad in "The Everything Store"In the, to 2000 in early, Amazon more and more by the constraints of a situation, namely the company's various team have to rely on a single technical team to support, each project needs to ratify and compete for resources:

At the same time, Bezos became more and more obsessed with Grand Steve of a book, the title is calledCreation". Steve is a 1990 time video game Creatures developers, this game allows players to cultivate and guide a smart creature in their own computer screen. Grand in the book said that his approach is to create intelligent life is focused on the design of a simple calculation of the building block, called the primitives, and then you can sit and enjoy the amazing behavior. 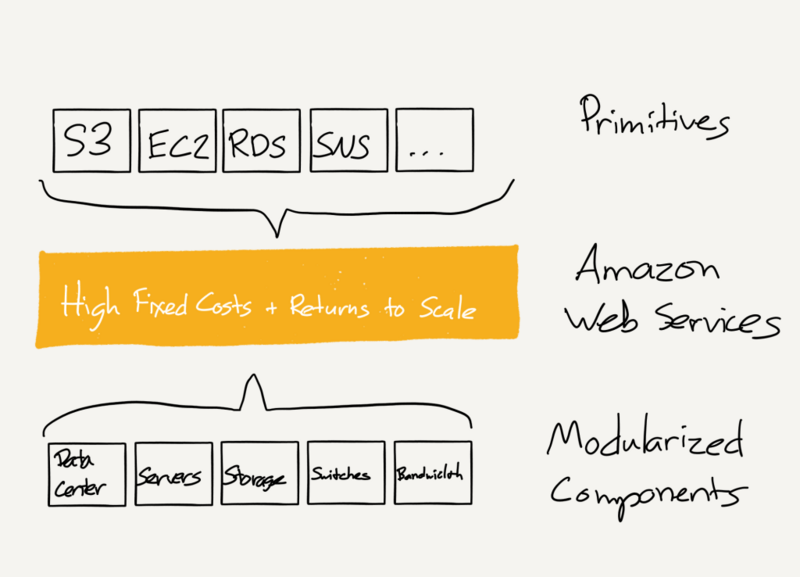 There are several key features of the AWS layer in the middle:

The last point is actually a win-win: developers can be in without any pre investment access to enterprise resources, and Amazon is a group of products that first and the best user households get a much larger customer group.

Said AWS has been successfully fulfilled the mission also is an understatement: responsible for it to developers and the influence of AWS Andy Jassy said in the vision statement of exactly the same. Stone is the generalization of this:

Indeed, over the past few years, almost all the famous start-ups are from fortune AWS or the latter competitors. But the real measure of AWS's impact should be the way it changes around the developer's ecosystem (including the VC).

Old readers should remember that I have been on the Amazon market is bearish, AWS let me change the view. But even though I make a new start, I think I am not optimistic about the analysis of Amazon electronic commerce is in accord with the actual situation:

In fact, I think the last analysis is still too narrow: more and more electronic commerce has become an irreversible trend in the share of the U.S. retail industry, and Amazon accounted for 50% of the growth share. Taking into account the development of Prime, in fact, Amazon is moving towards a solid pace of the retail industry on the road to taxation. 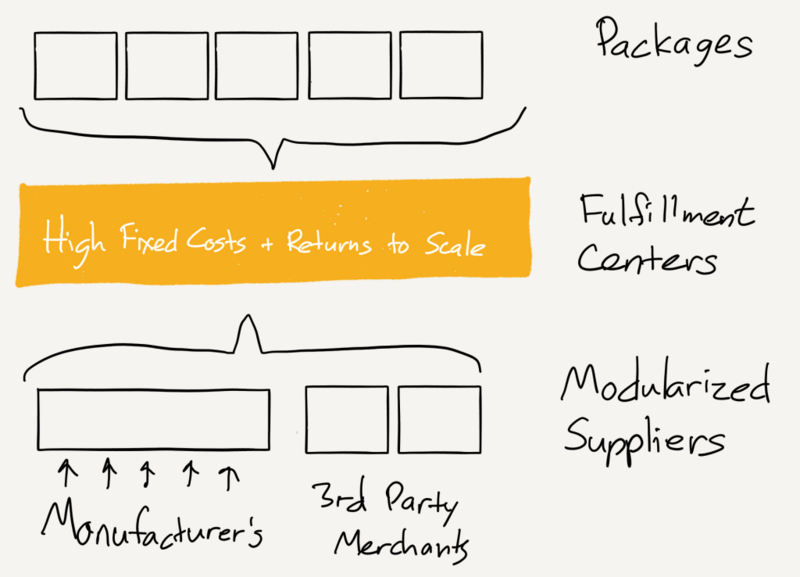 Amazon in logistics copy the mode of the intent seems to be more and more obvious: tested six aircraft in the last year after the company recently leased 20 aircraft to supplement the private logistics network. The move is in the Amazon registered subsidiary company in China as a shipping agent. As the Wall Street journal pointed out, this is not a surprise:

Why is this so?

First of all, we start with the Amazon itself is the first of the logistics network is also the best customer this fact, this situation with the same as AWS. This proves that the required for construction and UPS, Federal Express, competition of logistics network and the massive spending rationality, because most of these facilities is to control the transportation cost and improve the reliability, especially in holiday time (Note: from the point of view Jingdong really is Amazon's best apprentice).

However, if you think that Amazon stop this is wrong: like the Amazon in the AWS and e-commerce distribution channels have done the things, I expect the company will put its own open logistics network to a third party, because it will improve the scale efficiency even further dig deep Amazon moat.

Bezos 1997 famous open letter to shareholders made clear from the beginning to determine this model. Bezos himself, in particular, focus on the strength of the scale:

Steven Sinofsky like organizational structure how there will be what kind of products, although I started to say that Amazon is in AWS replication mode, but the results suggest that, in many ways AWS mode is actually Amazon itself reflected (like the iPhone in many ways reflects a single apple tissue): establish a number of primitives, flash to the side (see what happens), and then pick up the good.