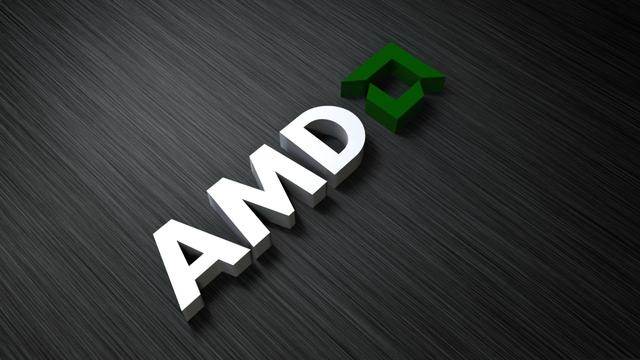 News on April 22, according to foreign reports, amd Thursday announced that the company has authorized a newly established joint venture in China use the patented technology to chip development, the technology has been considered to be AMD and its rival Intel on the crown jewels.

AMD in a move that could lead to Intel's opposition, but it reflects in the processor market long-term troubled AMD, are being forced to look for new entrants channels. It also reflects China's desire to reduce its strong appeal to foreign technology.

In announcing the news at the same time, AMD also released the company's first quarter 2016 earnings. By exceeded market expectations AMD in the second quarter earnings expectations, and to the Chinese joint venture company authorized patent technology of double message driven, the company's share price on Thursday in after hours trading in Nasdaq stock market soared 23%.

AMD said, according to the agreement signed, the company has a joint venture with the Tianjin sea advanced technology investment Co., Ltd. (Chinese Academy of Sciences affiliated investment department) jointly set up a joint venture company authorized x86 chip technology. The joint venture will use this technology to develop a server processor that is only sold in china. In exchange, the AMD will receive an authorization fee of $.

China's Internet service providers have become one of the world's largest server buyers in recent years, and the joint ventures of all competitors are trying to break the monopoly of Intel's server chip market. In some cases (including amd the deal). These ventures allowed Chinese companies to develop using domestic security circuit in the chip, thereby reducing the Chinese government to foreign powers in China's computer implementation of espionage concerns.

AMD Thursday released its first quarter earnings slightly better than the market expected, but its computing and graphics department (business contains x86 chip technology) is still in operation loss. Affected by the decline in product sales and the average sales price decline, the Department's quarterly revenue was $, compared with the previous quarter fell 2%, compared with the same period last year fell by 14%.

AMD said that the company has so far received a $52 million patent fee with the Chinese joint venture company. The company included $7 million in earnings in the first quarter.

X86 technology by the world's largest processor manufacturer Intel in the last century 80's development, the technology is also equipped with Microsoft's Windows operating system PC technology base. AMD was originally designed by Intel processors designed by, and later began to design the processor according to the stomach. Mercury research, a market research firm expects in global shipped in 2015 all x86 architecture processor, Intel accounted for 87.7% of the share; amd accounted for 12.1% of the share; China Taiwan via technologies accounted for 1% of the share. At present, the vast majority of enterprise data centers are using x86 architecture processor. In the enterprise data center processor market, Intel's market share as high as 99.4% last year, AMD's share of only 0.6%.

AMD spokesman said in this regard, the transaction did not violate the patent cross licensing agreement signed with Intel, because the company has a stake in the Chinese joint venture company.