Nine months ago, two from Florida, the 14-year-old boy missing at sea fishing, they boarded the yacht was a Norwegian cargo ship found in Bermuda sea, found the missing boy Austin Stephanos iphone6 phones in the near future was sent to apple to accept data repair, hope to be able to obtain two missing boy's whereabouts and oration. Pity is that Apple's engineering team seems to be unable to repair, because the phone for a long time immersion in seawater (at least 8 months), Wednesday Apple engineer team will the equipment identified as "won't fix. 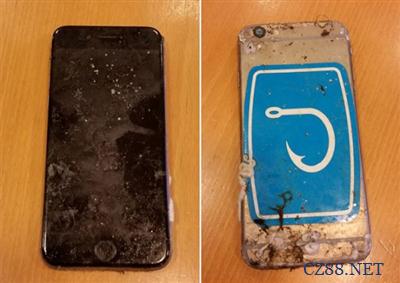 Austin father Blu Stephanos's lawyer told local media, the United States, in April to Apple's Cupertino headquarters to inspect, apple specialized organizations a team to repair damaged cell phone, they performed a report on the chemical analysis and the detailed diagnosis after careful disassembly and cleaning process and eventually they think the phone's data cannot be undone. In spite of this, Austin's father still expressed thanks to apple for their generous help and hard work. If FBI needs to turn to apple for help in order to repair the phone, I think Apple employees have done all possible to help repair the Austin phone." After learning that Apple had assigned a team responsible for the repair of the cell phone, "we really appreciate all the things we have done."