iPhone 7 is determined using the 3.5mm headphone jack and Lightning difference compared to where?

There are many reliable sources have confirmed the iPhone 7 will cancel the traditional 3.5mm headphone jack, cancel the result is an interface for a mobile phone while Lighitng assume audio output, charging and data connection functions. Although, foreign commonweal website sunofus.org 30 Wan fruit powder joint reluctantly, asked Apple to not cancel 3.5mm interface. However, Lei Feng network got the news from the domestic industry chain of suppliers, the industry last year began Lightning alternative plan. 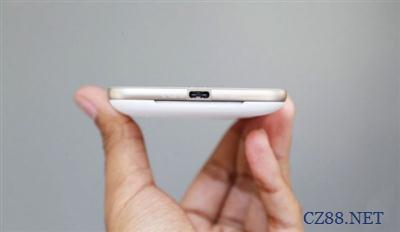 Lightning interface does not support analog audio output, it is a "pure digital" interface that only supports digital audio signal output. The previous 3.5mm headphone jack output is an analog signal. The analog signal is a continuously varying electrical signal, are rounded, coherent waveform, and the digital audio signal only 0 and 1 binary state. Original pickup device are analog output signal, which analog signal storage medium magnetic tape, vinyl, D / A module. Any computer and the file can be read directly, CD is a digital signal, the output signal A / D module is a digital signal.

Popular speaking, one can hear is an analog signal, digital signal only machines can understand. So whether it is the headset or audio system can only handle analog signals, digital signals must be processed by the DAC (Digital to Analog Converter, namely DAC) in order to be converted into a sound system and headphones used by analog signal. DAC includes a digital to analog converter, an amplifier and a digital signal processor computing, they synergies, responsible for converting the binary signal into an analog audio signal, and filter out the noise, amplified output.

Module DAC traditional practice is to do in the phone, make it a part of the phone, then connect the 3.5mm headphone output can be simulated. Apple now want to cancel the analog signal of the headphone jack, use only a digital output signal Lightning interface, then naturally arises in two ways: First, the additional use of digital-analog adapter, connect one end Lightning, one end of the 3.5mm headphone connection, in joint realization of digital to analog conversion. The second is directly to the digital to analog conversion features embedded in the headphones, digital audio signal output headphone Lightning connector.

On the first two kinds of solutions, there are already a number of headset manufacturers have done a related attempt. For example Audeze's EL-8, which can also use the headset supporting App headset built-in digital to analog conversion module is adjusted to achieve different effects of the analog audio signal output with high flexibility.

In addition to flexibility, in addition to mobile phones to achieve the conversion of digital to analog signal, will be what kind of impact ordinary consumers?

On the one hand is the price factor. First, iPhone canceled the 3.5mm headphone jack will not lower prices, which is a prerequisite, however, the use of headphones is just to be, so the user does not change either the headset, the other to buy a adapter or a re-buy Lightning interface headset, two who will add some additional overhead.

In addition, if the sound quality is the pursuit of consumers, probably have to pay more costs. Comparably priced 3.5mm earphone headset and Lightning, the former must have better sound quality because the latter at the same price as well as a digital-analog converter module to do, it is equally applicable in the Bluetooth headset.

On the other hand, Lightning Interface Headphone is likely to increase the power consumption. Now integrated in the phone DAC DAC have been a continuous optimization of mobile phone manufacturers generations of products, and with the appropriate mobile phone operating system, the power level almost reached the optimum. But once select the phone to achieve external digital-analog conversion features, power and performance will largely depend on the Lightning headset or adapter manufacturers, plus various manufacturers will likely add a similar EL-8 digital-analog conversion regulation this is bound to increase power consumption and reduce the phone's standby time.

The iPhone decided to abandon the use of a 32-year 3.5mm headphone jack must be well thought out, and focus on the future layout. Carl Alberty Cirrus Logic vice president of marketing mentioned, Lightning headset future will have the opportunity in the field of virtual reality and augmented reality into use, adding accelerometers and other sensors, it is possible from both the direction and speed to track the user's head movements. Therefore, the use of interfaces Lightning headphone jack is not just replace it, there will be a huge space exploration in the specific application will be.