Dream Microsoft "One Windows" has disappeared?

When Windows 10 officially announced, Microsoft has said that the system will open a new era of more personal computing, allowing users to use various types of equipment to deal with the affairs, enjoy a consistent, familiar and compatible experience from Xbox to PC and mobile phones, to tablets, all-encompassing. This is called an unprecedented "One Windows" policy, but today you feel the same?

"One Windows" What is the concept?

Two years ago, Microsoft CEO Satya Nadella (Satya Nadella) presented the company's long-term vision, more scenes "One Windows" ecosystem, hoping for a Windows can be used on the most widely used equipment, use. Whether it is the big screen or small screen devices, including desktop desktops, laptops, tablet PCs, smart phones, Xbox game consoles and networking equipment, etc., can "achieve reunification through a single converged operating system."

Initially, this strategy is also popular loud shouting slogans. After all, from Windows 10 to start thinking about is not just the use of a single device, but also include a mobile computing device. When Microsoft believes that all devices should be able to experience the natural heritage work on your computer, whether it is applications, services and content should be easy on all devices across the seamless convergence. More importantly, equipment and people should be interaction between people and nature, so Windows 10 has added many new features, including voice, handwriting, gesture or even to interact with the PC through the eyes.

In the near future, if these concepts can be in the right way and the right time to enter our lives, really worthy of applause. Well, today, Microsoft completed much?

Ambitious "One Windows" with little success

First, I must mention is universal Windows platform UWP, which is a common application platform to use on each device running Windows 10 is available, initially formed between Windows Phone and desktop only, when Microsoft has also established two between devices unified Windows store store. Now, however, also extended to the Xbox console, Microsoft through the Windows Store provides a unified distribution channels, so that the application can access all device types running on.

Moreover, we also see the integration of desktop experience Continuum mode that allows the smartphone after connected external display device and an input device into a "mini PC host." Third, Bing and Cortana is cross-platform unified experience of the most prominent product, the collected data can be synchronized between all devices. Fourth, Microsoft said today after E3, Xbox game will be landing on the PC platform, using Xbox Live across both platforms. 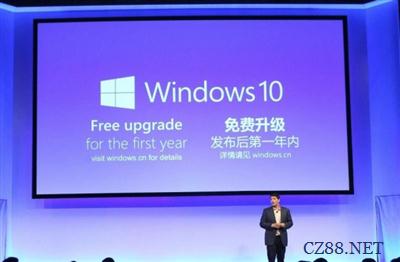 Of course, in order to speed up Windows grand unified process, when Microsoft released the Windows 10 system in particular made for Windows 7 and Windows 8 offer a one-year free upgrade with activities to promote Windows 10 became the fastest ever the Windows version, the number of monthly growth rate of more than 30 million users.

Unfortunately, Microsoft's "One Windows" program has not very outstanding results. In late July this year, the end of the Windows 10 free activities, there are still more than half of PC users to use Windows 7 operating system, its own Xbox One game sales also significantly behind the PS4, the game can be streamed to a Windows PC service is not attract too many users, as mobile field released two smartphones Lumia 950 and Lumia 950 XL, after singing the Continuum has ended in failure.

In July, Microsoft once again recall its the "two to three years to achieve one billion Windows 10 device," the goal set by 2014, can not help but admit that the issue of targeting the completion time of mistakes, official forced to be postponed until fiscal 2018 year. Anyway, the dream of "One Windows" broken yet? If not, Microsoft's plans and what a problem?

Microsoft's biggest mistake is overestimated the appeal of a unified operating system. Simply put, if the user a variety of applications on mobile platforms and PC use, and the data are stored in the cloud rather than a local device, which means that the operating system of value disappeared. Because Microsoft has been advocating more people use more cross-platform application, rather than the full use of the advantages of internet applications, does this mean that Android users do not buy Windows phone, you can have the same application of it? Including features and experience.

In fact, this is why Microsoft's rival Apple, has not been one of the reasons for iOS and OS X combined. At the same time, Microsoft to merge PC and mobile phone operating system, Windows 10 also created a tile applications that coexist with the desktop experience rather embarrassing mix, which is why the majority of PC users still insist on Windows 7 one of the reasons, after all, is the most pure or last "desktop," the system.

Another awkward question is, Windows 10 Mobile devices and not because of Continuum characteristics into a "true and complete" PC, the user can install only those designed for ARM mobile processor design applications through the Windows Store. This means that the so-called "desktop experience" is equivalent to using yet another unfamiliar operating system, not the most familiar with the x86-based applications. 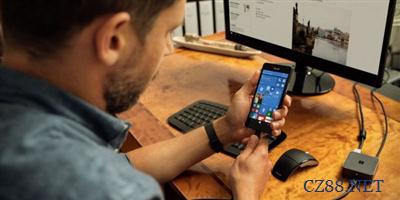 Even more interesting is, Windows 10 Mobile "false desktop experience" also limits the enterprise customer orders, they do not know the real attraction for Continuum companies in which it really spend a lot of money to buy the base, keyboard, mouse, or whether further plus display device? It does not add up to the pile cumbersome than a laptop?

Instead, Surface Pro tablet PCs popular, I believe that Microsoft would not understand because this 2-in-1 device to run a complete Windows systems more applicable to traditional solutions. If business users use cloud applications and desktops, regardless of iOS, Android, or through other Web access methods can be completed, Windows phone is no compelling reason.

In fact, the largest and most critical issue "One Windows" program or a mobile device, because Windows phone business accounted for the global smartphone market share of less than 1% of the market, we can not allow Microsoft to expand ecological "One Windows", and its performance is far better than himself iOS and Android platform to create applications. A large number of developers or developers still favor the iOS and Android platform, resulting in lack of application users have to make the choice to give up.

"One Windows" when to complete?

Microsoft does not seem to intend to abandon "One Windows" program, and taking advantage of the long-rumored Surface Phone again to carve out a niche, after all, the biggest reason seems to be "Surface Effect." However, as aforementioned, Surface Pro popular not only with pen tablet to achieve the electric switching, but also because an x86-based system and hardware drivers. The rumors indicate, Surface Phone is still based on the ARM design, which seems to imply that the Lumia 950 is still likely to face the same problem.

In short, "One Windows" Microsoft is changing the entire business model of a bold attempt, but no one can conclude that it is the ultimate success or failure. From the current point of view, the strategy extends to smartphones be experienced first defeat, and two between the PC and Xbox platforms has just begun. Given Microsoft's video game field is a major participant, it seems bigger chance of success, but to help the phone on the wall do not know until when to go. 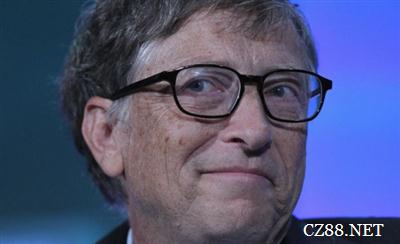 Although Microsoft is implementing "One Windows" strategy, but Microsoft boss Nadella has pointed out that we live in a "mobile first, cloud first" world. Focus on cloud business background, he will not only define the future of Windows would be a service, but also vigorously promote cross-platform applications, focusing on infiltration iOS and Android, rather than on to the Windows on all devices. So, back to the "One Windows" in the end is what the topic, do not know what is Microsoft's answer.