Millet official has confirmed that will be held in the new conference millet will launch in September 27th, powered by Qualcomm snapdragon 821 millet 5S. After the @ millet mobile phone micro-blog released a poster "them" suggests that perhaps two of millet new machine will be released in the speculation that another millet mobile phone is what it is, that someone broke and millet 5S appeared together and equipped with a 4 inch screen millet Small.

The netizen @ so mouth "die" broke the news: September 27th millet will release two "S" series of products, is a known millet 5S, another is called millet Small 4 inches of the small screen mobile phone. And on the network almost no machine message appears, which had to be suspicious of the truth of the matter.

Today there are users in the micro-blog drying out of millet Small spy, the screen size is between Small millet and millet 5 largest, the top left of the machine is always "MI" logo. From the friends of the spy photos, Small has more than 5 millet millet more slender and Home key, and support NFC function, you can use MI Pay to pay. 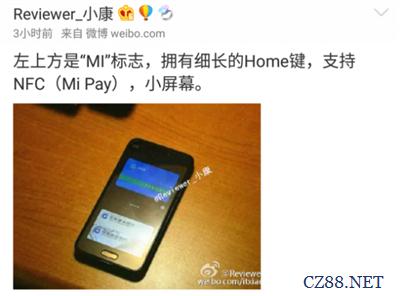 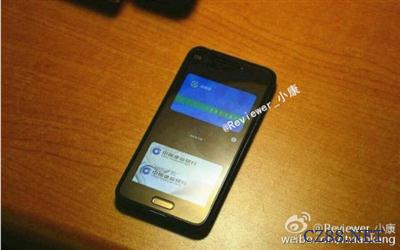 Although millet new spy plane with a 4 inch screen has appeared, but had no real evidence of how much information can photo. Millet new conference will be held next Tuesday, whether the existence of millet Small then we will be able to know. 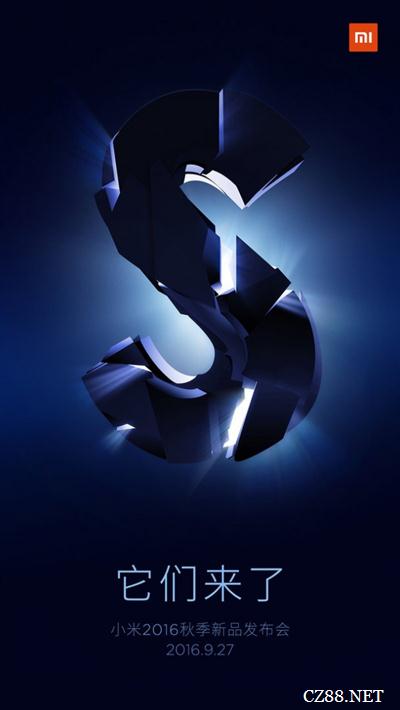