Apple Watch sales fell 72%: What are the reasons behind? 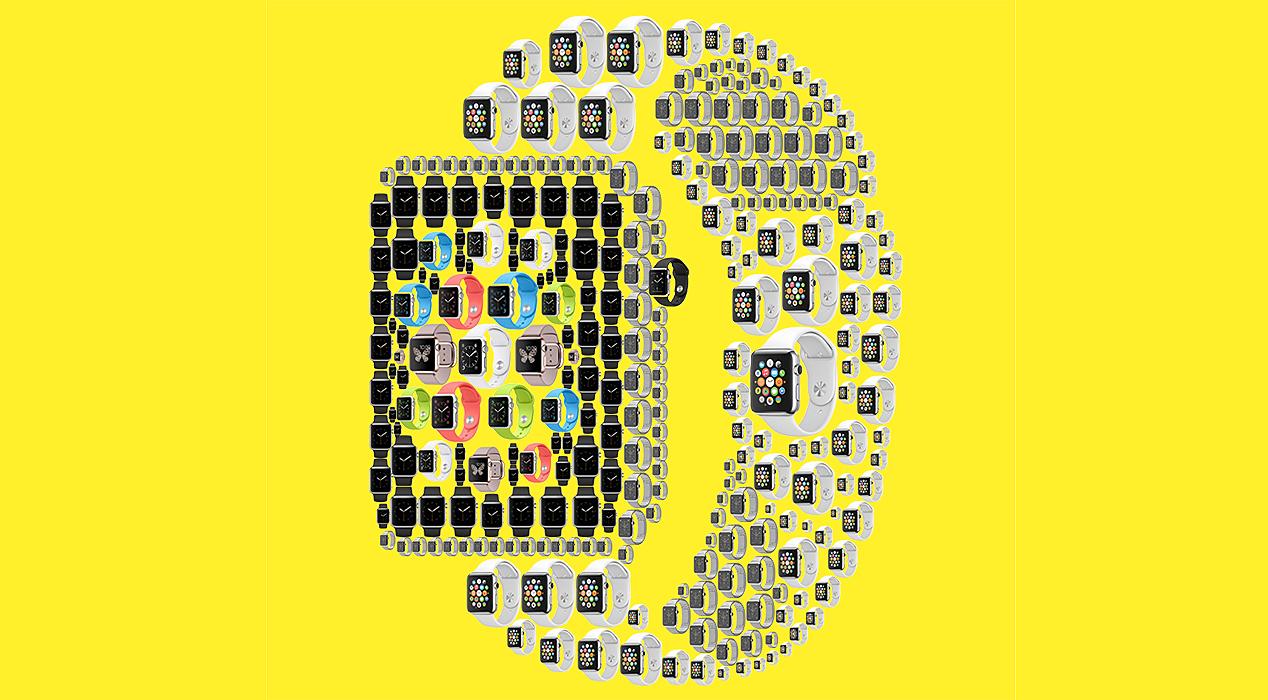 Although Apple's watch sales are still ranked first, but the decline has been very obvious. And even Apple is likely to close its shopping center in Paris, opened the Lafayette Apple watch store. For the entire smart watch downtrend, IDC analyst, said it seems smart watches are not suitable for all, because the industry has not yet on the purpose of this watch and the use of clear reasons given. 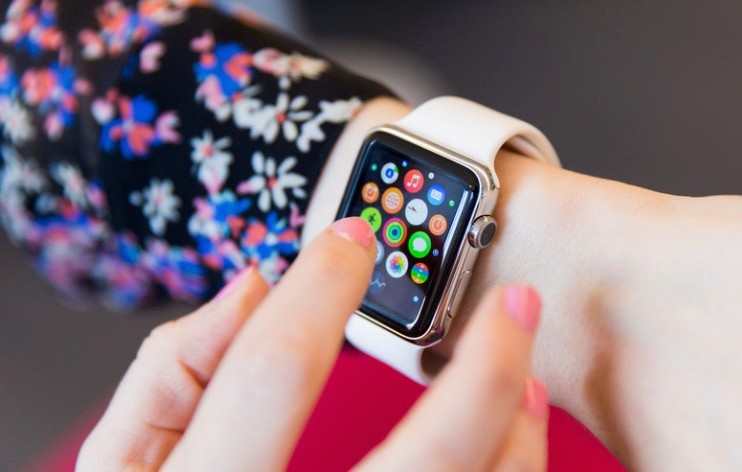 Apple Watch sales fell on the industry attributed to the issue of timing, that the second generation of Apple Watch smart watch until the end of September this year before market-oriented, and in the third quarter of 2015, the product has been launched. In other words, Apple's second-generation product release is not timely lead to poor sales, which led many consumers are waiting for the upcoming release of a new generation of Apple watches and new versions of Android.

Apple Watch does not allow users to feel the impact of its innovation, as well as the user's ability to grasp the pain points

In essence, Apple Watch released more than a year, its sales decline more due to its product features and software ecosystem itself does not allow users to feel the impact of its innovation and the user's pain points to grasp. At the same time, Apple Watch has long been widely criticized defects: including software is running slow, life is too short, and the lack of mobile networks and GPS functions, allowing users to buy and not buy between wandering, lost many potential users .

Some foreign users said that after buying the Apple Watch software was found slow, once a day there are a lot of inconvenience, then sold the Apple Watch, re-use the battery life longer Pebble smart watches.

On the other hand, with the iPhone, so that it can not always stand as a stand-alone device.

From the positioning point of view, Apple Watch sales decline due to its location in the iPhone's auxiliary equipment, which makes Apple Watch does not become an indispensable product, although it can provide motion tracking, mobile payment and notification alerts and other functions , But none of the Apple Watch already has an attractive feature is not on the iPhone. Also, as IDC analyst said, Apple Watch lack of clear purpose, iPhone or lower price sports bracelet basically has the Apple Watch function, can be said that Apple Watch is lower than user expectations, leading to its inability to form word of mouth caused by Purchase effect.

Another point is the luxury attributes. Long ago, Apple through the "New York Times" to the outside world, claiming that the Swiss watch the trouble came, Apple will subvert the watch industry. But the current status quo is, Apple Watch in fashion and luxury product attributes still give way to the traditional high-end watches.

This is from the Apple Watch after the release of celebrity fashion wear can be seen. Both domestic and foreign, we often see the stars or celebrities use the iPhone, for example, Jimmy Lin will be ahead of time exposure of their new iPhone, but we found that very few celebrities in the social network or other public occasions show off Apple Watch. The stars and celebrities for the fashion product is relatively strong guidance.

This is reflected to some extent, Apple Watch in the fashion style and brand premium is not enough, far from the Swiss watch and other high-end can not compete with the traditional watch the point, is not the traditional high-end watch industry caused substantial Impact.

This year in September, Apple stopped selling the gold version of Apple Watch Edition, and introduced a new precision ceramic version of Apple Watch Edition. These signs indicate that Apple may have abandoned the Apple Watch into a fashion luxury attempt, more began to push the main fitness and health functions, which also suppressed the brand premium increase, resulting in the weakening of its show off index, it is self-evident, which for Users is particularly important.

In September, Apple Watch Series 2 has been released, its appearance has not changed, with a new dual-core processor, equipped with a GPS chip and a larger battery, while adding a waterproof function. 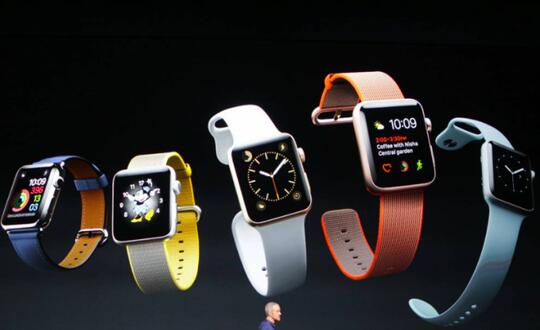 Before the battery life and the chip is limited, so APP has been running on the iPhone, and many of the graphics elements have to upload from the phone rather than the original out of the sensor and Taptic Engine use is also limited, which makes Apple Watch experience short board Always exist, but also over-reliance on the iPhone, which weakened its market influence. People's demand for smart watches and expectations from the eagerly look forward to few people concerned about this year's Apple conference, iPhone 7 is still taken away all the aura.

However, Apple seems to have seen the problem, WatchOS 2, Apple introduced the support of native applications, allowing developers to write applications running independently on the Apple Watch.

On the structural short-board Apple Watch, Kevin Kok Securities analyst Guo Mingqi has mentioned a few: the lack of killer applications, poor battery life, relying heavily on the iPhone and multi-touch. But Guo Mingchi did not talk about is, Apple Watch software with the loading and other experience problems.

From the current point of view, watchOS 2 on the native application on the running fluency is still to be improved, in addition, independent native applications will continue to increase the burden of battery and battery life, this big short board experience may also persist.

In addition to talk about the use of WeChat in the Apple Watch, and WeChat for such social software, it uses a very high frequency, but if the software loaded more than ten seconds, why people use smart watches to play WeChat instead of Phone? For this question, you can guide Apple to reflect on the wrist if there is a need for social.

In the Apple Watch to support micro-messaging and other social applications, looks like no problem, but think about it in fact it is more like a forced to create the pseudo-demand.

Smartphone itself is a mobile scene anytime, anywhere just to carry the product, that is, modern people may forget to go out with a watch, but the basic will not forget to bring the phone. Even in the smart phone and watch at the same time with the case, the smart phone is also a more rapid response to social needs of the product.

Therefore, Apple needs to consider is why people in the mobile scene to give up the use of smart phones and the choice of smart watches in this operation is not convenient, loading a long time, extremely small screen for social contact? On the other hand, in many scenarios, many users have felt the social interference caused by smart phones is large enough, why also need a watch to create double disturb? In the final analysis, through the smart watch socialization does not meet the mobile scene user behavior logic. 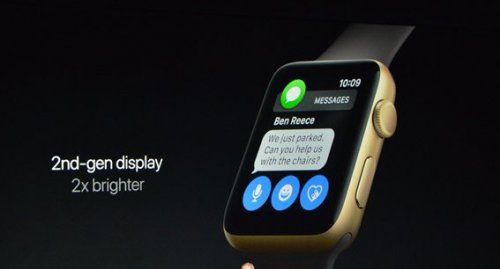 The Apple Watch whether to go further, the key lies in its ecological system construction. For developers, whether to choose to transfer their applications to the watch side, is that the platform can carry a large enough user base, which is the developer whether the premise of profit. Apple Watch sales have been tepid in the third quarter, sales fell 72%, it is learned Apple Watch in the first year of sales reached 12 million, the data has not yet confirmed, but not enough to form Application of eco-user-based basis.

As for the Apple Watch, the difference with the iPhone platform is that an inch-inch screen makes his APP application to be differentiated with the iPhone application, to have a richer and mobile APP different interactive way, and Apple Watch development Support framework remains to be improved. But so far, Apple is not here to think too clearly, it is the current idea or iPhone APP mode shift thinking, and therefore led to watch too messy software difficult to operate, but this idea is to allow smart phones can not be divorced from the phone Independent use, but can not form a different from the iPhone's unique application of ecology.

Although Apple said that its software experience can help solve the user's daily wear disappointing experience, but for now, Apple has not figured out the user interaction with the device in the process, what you really want. This makes Apple Watch destined to be replaced by the iPhone can not be avoided, into a non-essential products.

Apple Watch sales plummeted by the combined effect of many factors, the future will continue to decline?

Apple Watch sales plummeted, many analysts said the fruit powder and other new products, but this view is clearly misjudged the Apple Watch product itself, the understanding of user needs and its practicality and brand value.

Its practicality, the software experience on the short board, the ecological strategy has been unable to follow up; in the smart phone application with the ecological nature of the compartmentalization is not in-depth thinking on the mobile scene, user needs and habits and habits of interaction And other behavioral logic problems turn a blind eye, product positioning from fashion technology to fitness tool attributes change, and this market is Fitbit and other weak performance, lower prices of products dominated. , & Lt;

Obviously, Apple's own brand of self-confidence led to its consumer demand forecast blind optimism, from the beginning of the market and industry feedback on many issues Apple has not listened carefully, capital and market impetuous to promote Apple's mistakes, sales decline is clearly In reason. 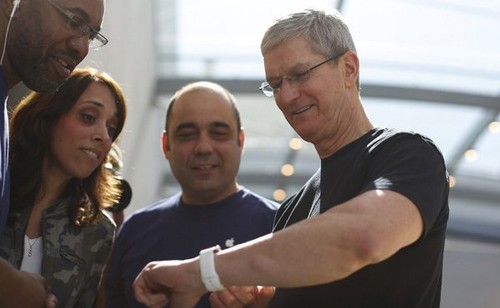 I have previously pointed out that under the leadership of Cook, Apple needs a burst of goods to prove their ability to innovate, Cook in the supply chain management master title, in fact, more urgent need to get the product manager of the award.

But for now, the product manager for the title of Cook, the still need to strive to achieve the goal.