Haier Hisense: to build factories in the United States is close to the market will become a trend 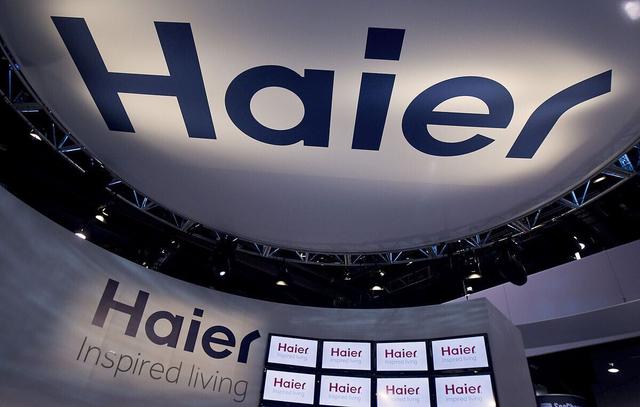 Haier, Hisense side of the argument consistent with the above, Haier side said that in the United States plant is mainly based on global strategic considerations. Haier products in the global logistics speed rising, effectively shortening the cash flow cycle, improve the competitiveness of Haier in the global manufacturing. "Haier has become the world's largest manufacturing base. & Rdquo;

Cost is not a major factor

Mr. Zhao said that in the United States in fact, many factors to consider the construction, not only the cost, as well as raw materials, markets, etc., the factory is with the market, Rule. "

Securities Times reporter after multi-understanding, remove raw materials, the cost of construction in the United States and Cao Dewang said almost the same.

It is reported that in the United States to build factories, in addition to raw materials, costs include: labor, taxation, logistics, bank loans, energy, no hidden costs. Because of commercial secrets, Haier and Hisense did not disclose the relevant costs of its US factory. But Mr. Zhao introduced, "These are open, can be found on the network, because the United States to attract manufacturing back." & Rdquo;

Tax, the US local government power is relatively large, each local tax policy is not the same, the high unemployment rate, the tax rate is low, and the US tax rate is based on the profitability of the enterprise, high profits, The tax rate is high. "Mr. Zhao, many US states do not even have corporate income tax, such as South Dakota, Nevada, the higher corporate income tax levy states, such as New York, Louisiana, the highest tax rate is 35%. In the social security rate, the United States corporate and individual social security burden standards were 7.7%, only 15%.

Logistics is cheaper, "all US interstate highways are free of charge, only some private road toll, but also very cheap. Mr. Zhao introduced, while China's transportation costs are relatively high, tolls by mileage and deadweight double charge.

In the labor force, in fact, the US labor costs and domestic imagination is not so high. Mr. Zhao, the US labor costs in general is about 4 to 6 times that of China. Some high unemployment areas in the United States, the wage level is not high, the recruitment of workers is also relatively easy.

"But because the plant to help local employment, the local government will have a lot of tax subsidies, it is calculated that China is about 4 times." Mr. Zhao introduced, because of high labor costs, but also forced the use of large-scale factory robot, intelligent manufacturing. This is conducive to the introduction of Chinese factories technology, improve China's manufacturing technology and level of the factory. The city of Ohio, home to Fuyao's planned glassworks, is an underdeveloped US economy with relatively low average wages for workers.

For intelligent manufacturing, Song said his comrades, the current situation, the use of large-scale production of robots and applied to all industries, such as the company's main business chuck production, because the process is complex, can only be discrete automation is not suitable for full automation.

To build factories in the United States will become a trend

It is reported that a well-known Chinese brand tile manufacturers in 2015 in Tennessee to establish its own factory, its fundamental purpose is to close to the market, because the United States is the world's first market for ceramic tile sales. The reason why the company chose Tennessee, in addition to low labor costs, tax benefits and other factors, the more important because there are tiles of raw clay. To the United States factory for overseas bases, radiation South America, the European market.

Song comrades also said, "With the development of Chinese enterprises to a certain scale, internationalization is the path will go, while domestic enterprises are increasingly high operating costs, to overseas factories will be an inevitable choice." & Rdquo;

Hisense side said, "We also have to go to the United States to build factories planning, mainly to close to the market." This can shorten the development cycle, the supply cycle, to ensure that products in the market competitiveness. & Rdquo;

And more listed companies is the acquisition of US companies or assets by way of the layout of the United States, such as Lenovo, Jerry shares, Oriental Ocean, trendy energy.