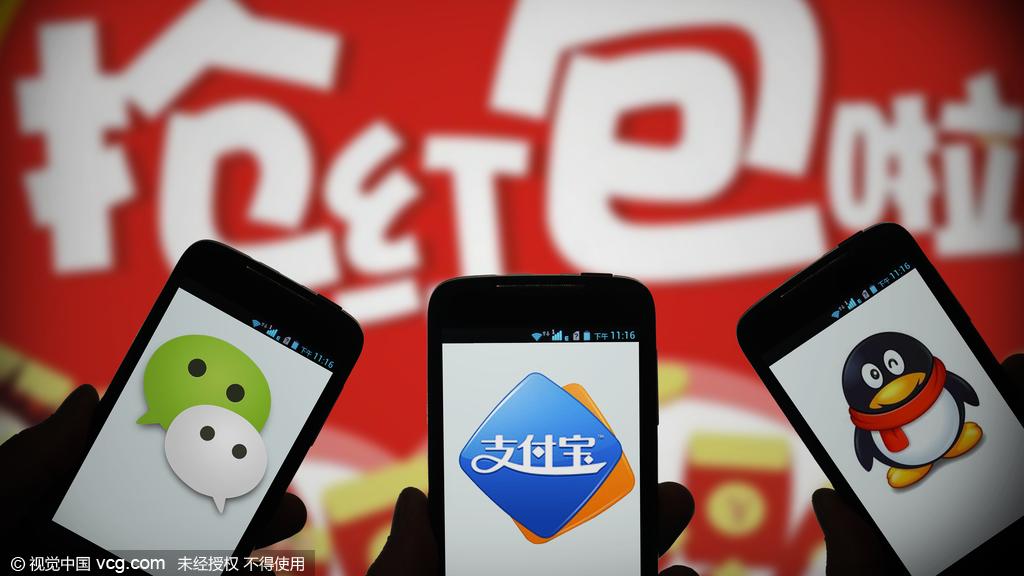 Zhang Xiaolong said that this year's WeChat will not do the Spring Festival red envelopes. This is like a very heroes of the curtain call, campaign for many years, fame and fortune after the announced retirement.

Micro - letter does not do the Spring Festival red envelopes

In the announcement of the Spring Festival do not do red envelopes activities, Zhang Xiaolong to two reasons:

On the one hand is a WeChat as a tool, should not have too many festivals of the operation. "Tools are used daily, and should not change due to some festivals & rdquo ;;;

Typically, an official push of the activities, the purpose of most of the time are to pull the new, or pull the new user, or pull the new product. Ali was the reason will do "dual eleven," the beginning of the purpose is to push the day cat Mall. Later, the reason will be out of control, continuous now, in addition to a little Jingdong factors, in fact, most of the time are considered to be "riding a tiger", forced to become a network culture icon.

WeChat rapids retreat, which allow themselves to avoid repetition of the "double eleven" of the mistakes believe Zhang Xiaolong is another reason to consider.

WeChat to withdraw from the Spring Festival of the Red War, pay Po sing solo show

A new Kaopu news is that Alipay has been to billions of cooperation fee to win the Year of the Dragon, and the decision is not to do the Spring Festival in Zhang Xiaolong red envelopes after the event, Alipay only do.

You know, the reason why Alipay will be deployed for two consecutive years at the heavily involved in the war of red envelopes, in fact Alipay spotted the red envelope both social and pay two properties. Alipay to do red envelopes, not only to protect the WeChat to the nibbling of the payment market, there is a more important reason is that you can take this to develop their own social.

So, even Alipay for two consecutive years, but WeChat, but from Alipay's point of view, at least the red envelope war is not blindly passive defense, or have active offensive elements in it, the original intention of this war is not particularly bad .

However, WeChat suddenly announced this year do not do the Spring Festival red envelopes, and this is not a good news for Alipay. In the field of the Internet, "strong defense, weak attack" is the eternal truth, WeChat announced not to do the red envelopes, Strong ", only need to do defense.

Another level, WeChat does not do the Spring Festival red envelopes activities, will make Alipay suddenly lost to the target opponent. About 10 days ago, Alipay announced the AR technology-based "real red envelope", trying to counter WeChat. But now, this is like, Paypal practiced a variety of similar to the dragon eighteen palm, nine yin scriptures like martial arts to find the opponent, but found the opponent has come to the heart of the sword, everywhere there is. Sword & rdquo; realm.

In general, B2C red packets for the C2C red packets of services, the reason the platform side to push B2C red envelopes, is to pull the C2C red envelope. Social and pay from the social point of view, the two are usually pulling social and pay, but the focus is different, B2C is focused on paying, and then social; and C2C is the first social, after pulling the payment. B2C and C2C of the original dual battlefield, and now suddenly became only the C2C, the main tone of the battlefield to pay to pay, Alipay no matter what will be a disadvantage.

The last question, Tencent how to deal with?

Here to clear a premise, Zhang Xiaolong said the red envelope of the activities of the mission is over, not to say Tencent Spring Festival red envelope mission of the end, this is two levels of things. For Tencent, in addition to WeChat, there QQ.

Another aspect is that the so-called Spring Festival red envelopes war, the participants are to achieve a certain offensive and defensive balance, in order to figure in this battlefield will not be blindly passive beaten. When the micro-red envelope has been a certain sense of success, the Tencent, the WeChat to participate in the red envelope war only defense, there is no attack, the battle loss big.

Now, if only the QQ war, so that you can form an offensive and defensive balance. After all, from the payment market point of view, in the WeChat, QQ and Alipay tripartite, QQ payment is the weakest, through the Spring Festival red packet-driven QQ payment, which is completely no loss. So we can see that in November this year, QQ first announced the "AR + LBS" red envelopes. Tencent's intention is very obvious that this year is to use QQ to fight against Alipay, in order to form a balance of social and pay market offensive & defensive in the payment market attack, social market defense.

Therefore, the WeChat announced that no longer do the Spring Festival red envelopes after the activities have been announced in disguise this year's red envelope war, but this does not mean that there is no red envelope war. From Tencent, Ali's action point of view, in fact, the theme of this year's Spring Festival red envelope war has become a QQ VS Alipay. Tencent is bound to invest a lot of resources, even more than two years ago to give WeChat resources to fight such a tough battle, and Ali will try not to participate in the WeChat, through two years of accumulated experience to achieve a Jedi fight back.

If you guessed right, this year's war of red envelopes will be more exciting, because both sides are not allowed to be lost. QQ on behalf of Tencent, Tencent can not allow themselves lost in the red war; and Alipay is against QQ, Tencent will not allow another platform in the face of still less than the cheap.

As for the next year, the following year, and the future, I believe that QQ VS Alipay war of red envelopes will last long, long time,

For Zhang Xiaolong announced not to do the Spring Festival red envelopes, we can say, micro letter to establish a rivers and lakes, but in the WeChat exit, the rivers and lakes will not exit with the WeChat, on the contrary, it will continue, and stretches .