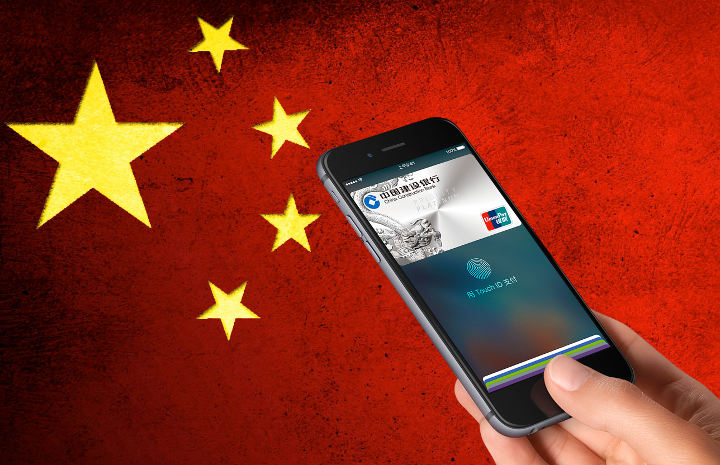 A year ago, Apple Pay vice president of business Jennifer Bailey also smiled to just start answering Apple PayBut at this time the first papers of Apple Pay, do not know can not reach the pass line.

Heavy play, but cop-out, why is Apple Pay so in The climate does not suit one. China?

In science and technology to change the life of this, Apple has been walking in front.

September 10, 2014, Apple announced at the press conference for the first time based on NFC (near field communication) technology mobile payment Apple Pay, and took the lead in the u.s..

In the United States at the time of the mobile payment market, apple is not the first army. The third party payment big brother PayPal, after using the same NFC technology Google Android Pay and Samsung Pay, itself does not exist what disruptive technology innovation Apple Pay to break through is not easy. 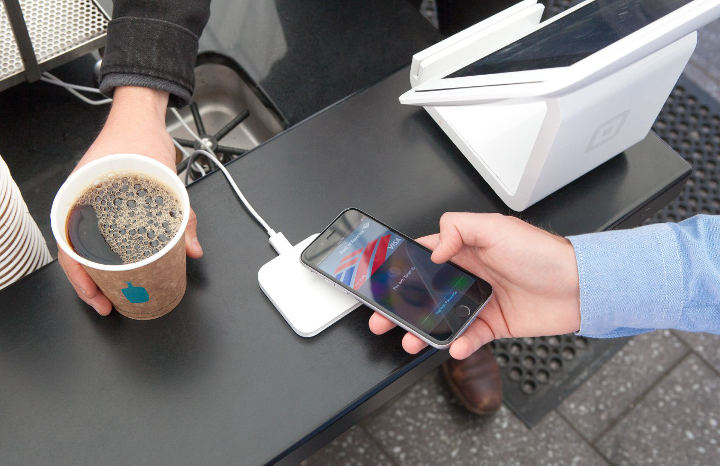 This is not a high degree of popularity of mobile payment market in Europe and America, has been a very successful figure. Must know,2015 U.S. mobile payment transactions accounted for only 0.2% of traditional retail spendingA survey from the Federal Reserve Board shows,In 2015 there are still as many as 74% of U.S. mobile phone users do not want to use mobile payments.

The United States or Europe and the United States, the development of credit card has a long history, and over the years has established a relatively complete and secure credit card financial system. In addition, banks often provide consumers with a variety of incentives and promotions, so people tend to use credit cards for consumption. 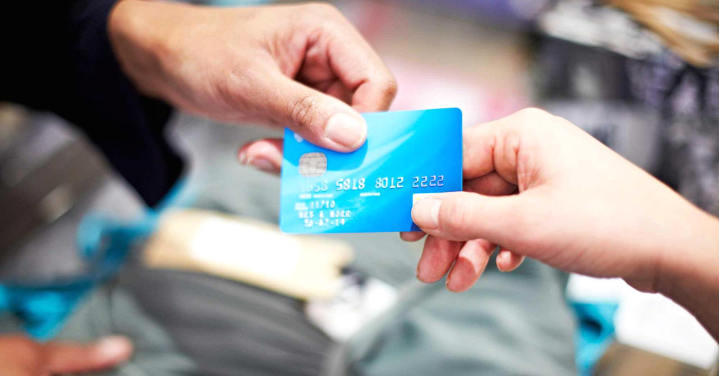 Today is not only the headquarters of the United States, Apple Pay has also landed in Japan, New Zealand, Russia, Spain and other countries. So, apple does not want to do the world's iPhone, but also let the world are using Apple Pay.

You are good, but not my dish

But in other countries the rise of Apple Pay, but in the China here touched the wall.

Just entered the Chinese market, Apple had high hopes for the Chinese market,Think China will become the largest market for Apple Pay. On the one hand, China is Apple's second largest market in the world, has a large number of potential users of Apple Pay; on the other hand, China mobile payment market is already quite mature, through a round of subsidy war, red war to seize the market in the Alibaba and Tencent two giants, mobile payment is also gradually into thousands of households, to become the new the necessities of life. 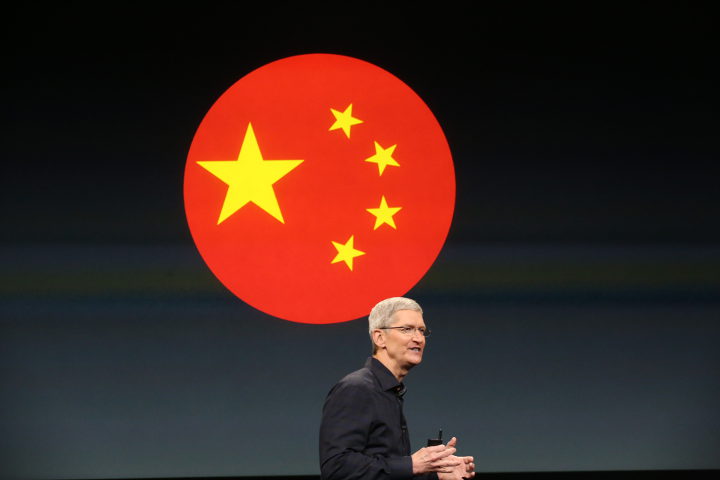 But this looks very good and powerful market in providing opportunities, but also to Apple has brought unprecedented challenges.

In practice, as long as the first UnionPay card binding, the use of Apple Pay payment process can not be simpler: 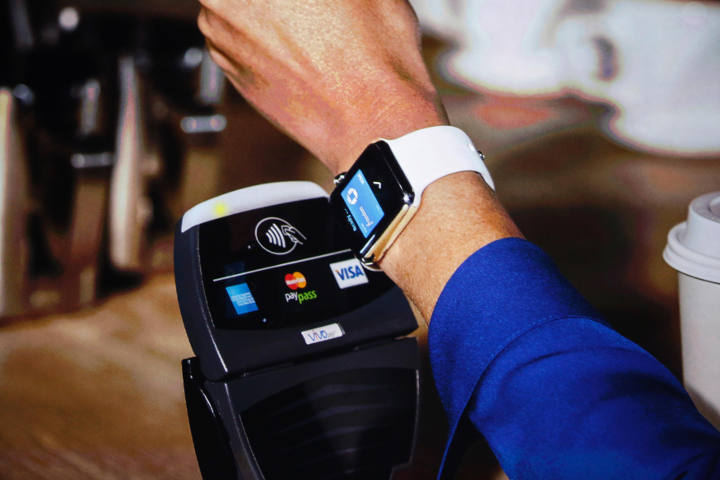 It seems so easy to use Apple Pay, this should be called iPhone power Chinese to flex its muscles, why has lost steps is much more complicated than Alipay and WeChat? 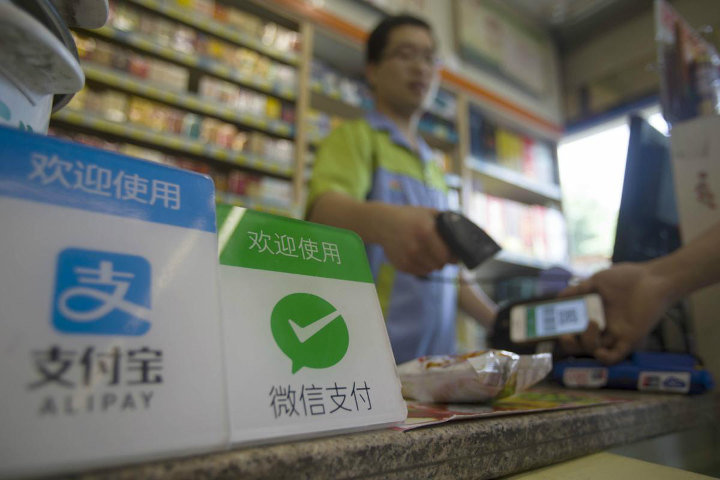 These scenes with Chinese characteristics is not covered by the Apple Pay, at least not now. As Apple Pay China has just entered the market, that piece is circulated on the internet:

Apple Pay can not send a red envelope, which is spicy chicken for parents. 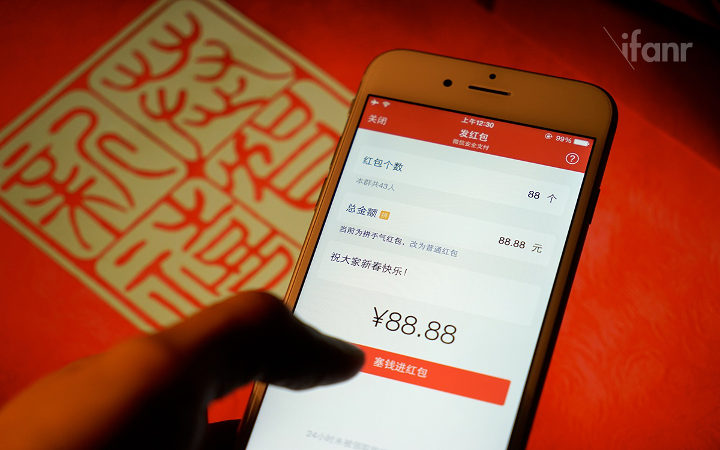 With these additional features of Alipay or WeChat to pay the blessing, even if again how people scan code to pay mouthing, or can be firmly tied to the user in their own hands.

In addition, by contrast, the use of Apple Pay threshold is relatively high. 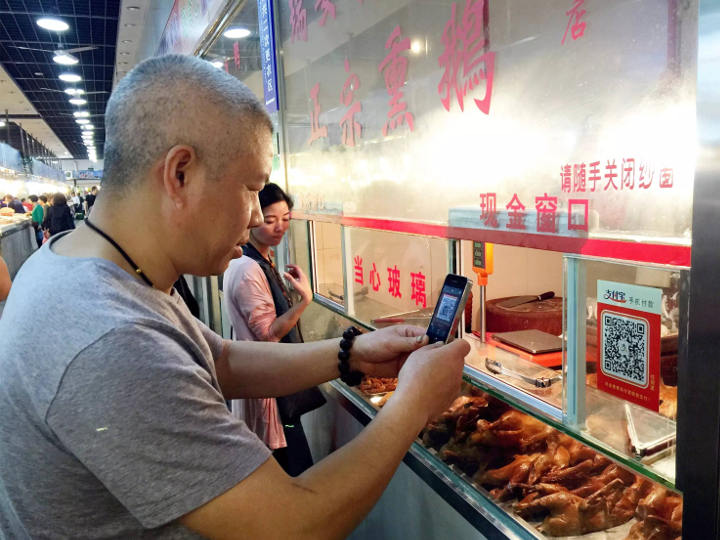 One side is the veteran opponent, while also not what can win such a stunt, Apple Pay will not China in markets such as natural imagination so smooth.

The defection of his teammates

This is the reason why Apple Pay smooth landing. In foreign countries, apple and VISA, MasterCard and other card organizations in China, the team became a cup. 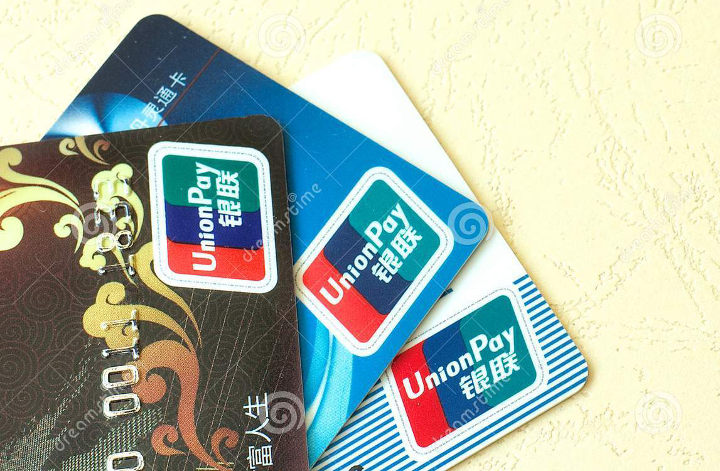 In China, the status of UnionPay is difficult to shake. As China's largest bank card interbank information exchange network,UnionPay 2016 network transfer transaction amount of 72 trillion and 600 billion yuan, while an increase of 35.2%, while the number of UnionPay card issuers also ranked first in the world for many years.

Hold the cup of the thigh, is equivalent to get a passport, Apple Pay this is a wise choice. On the same day in China, Apple Pay will immediately get Chinese line more than 4 million Taiwan with UnionPay cloud POS machines flash pay logo support, it should vigorously push for throwing money at Alipay, WeChat, was born with a golden spoon two rich generation. 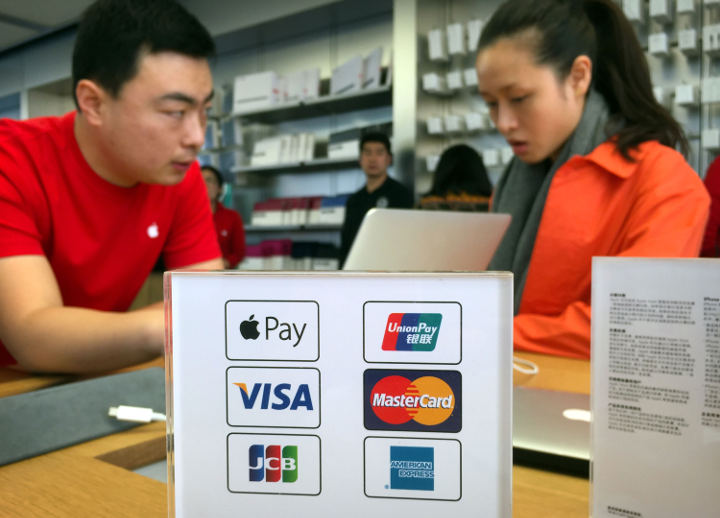 However, just like a child's father, but the father can give birth to a lot of children, there is not much of the core technology of Apple Pay is just one of the cards used in the layout of the cloud flash pay. Today is Apple Pay, tomorrow can also be Samsung Pay, Android Pay or HUAWEI Pay.

Micro payment online market has been Alipay, WeChat to snatch today, UnionPay hope to recapture some of this market by Apple Pay. Of course, the premise is that the popularity of Apple Pay and the rate of activity is high enough, enough with Alipay, WeChat and.

Judging from the current situation, Apple Pay apparently did not meet the expectations of unionpay. The union decided to reinvent the wheel, in 2016 12 during the double,Introduction of two-dimensional code UnionPay payment standards, officially joined the code to pay the battle.

Return to the heart

In China, especially the mobile Internet industry, the exotic always seems to be very difficult to Made in China.

When the Uber in the overseas fast, but in the China was besieged, frustrated drops; when countries when users are rushing to invite Apple Pay landing, Alipay and WeChat have had Apple Pay far behind. 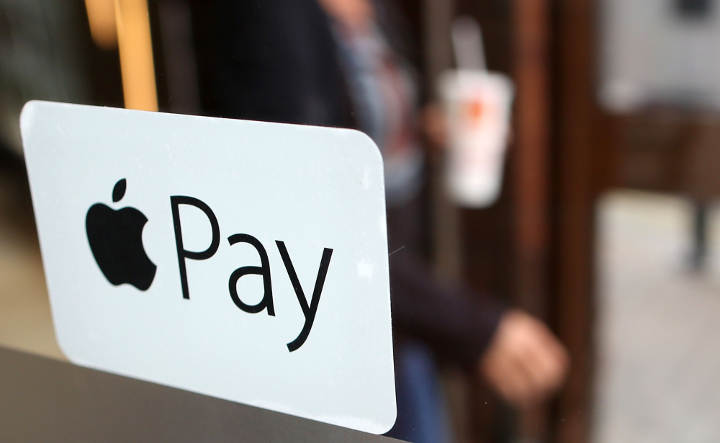 Are these products not good enough? Neither。 Even in front of the said, Apple Pay NFC payment actually used to scan code than to pay more convenient. But for users, the real needs can not be met is the most important.

For example, if the Apple Pay replaced the bank card, with Alipay, WeChat as the representative of the third party payment mobile payment is equivalent to replace cash. Then go to the big said, and even replaced the membership card, red envelopes and other supplies. When the convenience of replacing almost all over the convenience of the payment process itself, the user may not be concerned about the number of seconds to pay more than scan code.