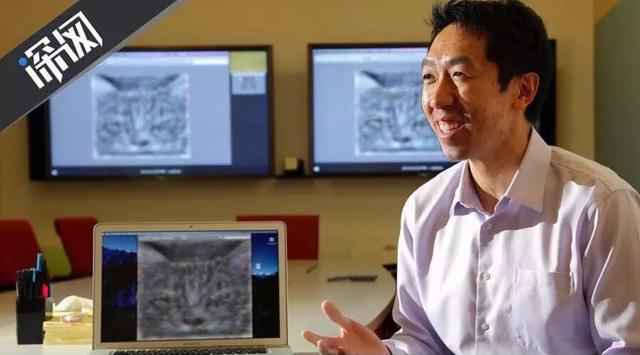 Not all of the resignation will be called a successful job.

Baidu chief scientist Wu Enda yesterday suddenly announced the resignation message, before there is no sign.

The situation has changed again this year, the variable is Lu Qi and Ma Dongmin to join.

Core management update to bring the direct result is Baidu internal areas, resources, interests of the re-division, the result is the stakeholder's exit.

Wu Enda is Baidu since 2017 since the departure of the third high-level figures, the first is not long ago due to intelligent driving business adjustment and "internal rest" Wang Jin; second is because of "internal corruption" Responsible person Zeng Liang; Wu Enda become the latest in the list of Baidu executives.

Baidu's handover to the artificial intelligence system is clearly prepared.

Prior to this, Baidu artificial strategy of the forefront of the front is Wu Enda and its command of Baidu Research Institute.

Wu Enda is the head of Baidu's brain.

Before graduation Baidu, Wu Enda has Andrew Ng's English name in the field of international artificial intelligence reputation. The Chinese American is an associate professor of computer science at the Stanford University and an associate professor of electronic engineering. He is also one of the most authoritative scholars in the world of Google's brain founder, artificial intelligence and machine learning.

Standing in front of the Baidu Institute is a major faction, it by Li Yanhong personally surgeon, from top to bottom to promote the establishment. In Baidu big system, the Institute is a sudden exogenous force.

January 2014, Baidu launched Shao Shuai plan, mainly for the global recruitment of nine young people under the age of 30 young people, the annual salary of one million yuan start.

In the United States, Baidu also set up an artificial intelligence team.

At this point, Baidu artificial intelligence research has formed three major laboratories, the basic pattern of linkage between China and the United States. Wu Enda is the head of the Baidu Research Institute, which has four laboratories: the Silicon Valley Artificial Intelligence Laboratory (SVAIL), the Depth Learning Laboratory (IDL), the Big Data Laboratory (BDL) and the AR Laboratory (January 16 days to set up, deputy director of the original IDL Wu Zhongqin as head).

But after Taiwan, Baidu has another wave of artificial intelligence forces in the quietly growing.

In February this year, Baidu's new COO Lu Qi took office after the two big strokes: the acquisition of Ravens Technology and the establishment of the Secret Division, as "Baidu artificial intelligence master" with the Baidu Institute team Research and development, but from Baidu vice president Wang Haifeng led the search team.

And Baidu Institute top-down development path of the situation is different, degree is Baidu search team from bottom to top to promote.

In 2014, the original Microsoft company chief research and development director King Kun joined Baidu, worked in the big search as a total product architect. According to the Baidu degree division of the CTO Zhu Kaihua introduction, Baidu search team has been doing the idea of ​​secret, because from the perspective of intelligence and ability, and search inextricably linked. Under the guidance of this idea, Wang Haifeng led King Kun, Zhu Kaihua from the beginning of 2014 spontaneous development of secret, a year later, through the introduction of Li Yanhong officially released.

Tencent Technology has asked the Secret team how to work with the Institute, the Institute of research results applied to the degree of secret, but did not get the answer.

Research Institute around the source

Over the past two years, Wu Enda to Baidu artificial intelligence strategy evangelist's image has been pushed to the stage, but the scenery may be just a false impression, under the rule of Baidu Institute in the internal situation embarrassing.

The gap between the two forces can be perceived by the outside world even more serious.

Li Yanhong to promote the establishment of the Institute in the competition did not gain the upper hand.

Data is the basis of research and development of artificial intelligence and application, not Baidu search large data support, Baidu Institute is difficult to produce the actual results.

Even worse, the changing strategy of the development of the Institute so that the Institute can not establish a real accumulation: Baidu Eye, Baidu Light, Baidu Bike, Baidu chopsticks search Baidu has been dedicated to promote the artificial intelligence products, but now have no interest.

Complex internal relations, Baidu in 2014 around the field of outstanding experts in the field of artificial intelligence has been a serious loss.

It is quite embarrassing that, in the Baidu Shao Shuai plan official introduction page, still display the Marshal program team members: Li Yanhong, Yu Kai, Zhang Tong, Xu Wei and Wu Ren. And now, in addition to the founder of Baidu as Li Yanhong, has been listed as the main mentor of the other four members only Xu Wei is still Baidu. 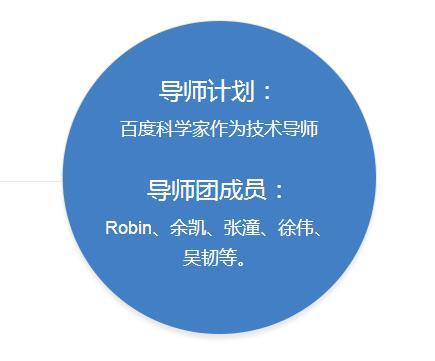 Founded in 2016, Drive.ai was founded by former member of the Stanford University Artificial Intelligence Laboratory. Wu's wife is one of the founders. Because of this relationship, there is speculation that Wu's first stop is perhaps Drive.ai, but it is not yet available determine.

However, it is worth noting that, according to Tencent technology to understand, as soon as possible to leave Wang Jin will join the car without business, and Wang Jin has been enrolled into Baidu's programming talent Tiancheng after leaving Baidu in Silicon Valley venture specializing in unmanned driving.

Key Mr. Lu Qi and behind the scenes Ma Dongmin

Lu Qi is the key to the decision of Baidu's internal intelligence struggle.

As a famous workaholic, entry more than two months, Lu Qi has been shot again and again, and his main adjustment area is Baidu artificial intelligence related business.

On the same day, Lu Qi issued a circular, announced from now on the original degree of the team to upgrade the degree of secret division, directly to its report to accelerate the layout of artificial intelligence, and its product and market.

Overall, combing the internal resources is Lu Qi's current focus, these actions are the common idea is: the artificial intelligence-related business in accordance with the direction of integration, while strengthening Lu Qi its direct leadership.

In the adjustment process, Lu Qi's balance is clearly a strong sector to Baidu search company tilt, the establishment of a separate division of the ministry is a signal.

At the same time, the position of the Institute retreated. In the adjustment of the Intelligent Driving Division, the first is the important character of the Institute of Wang Jin nominal "internal rest" actually out; followed by the Institute's leader Wu Enda also eventually left.

Lu Qi is on the face of the key Mr., and to promote Lu Qi to make the choice behind the scenes is hidden behind the Ma Dongmin.

Artificial Intelligence Research Institute in a similar situation, despite being held by Robin Li Baidu artificial intelligence strategy of high expectations, but can not get the support of the search sector, the output is limited, in the adjustment of Ma Dongmin ideas, it is difficult to continue the past large investment, low-output development path.

Wu Enda last year at the Baidu World Congress to accept Tencent Technology interview was introduced, Baidu at least hundreds of artificial intelligence projects. "These projects include large, such as search, advertising, autopilot, etc., there are some small projects, these projects will be faster, may be a few months or do not need too much time can be achieved. Some also need one or two years. At the same time, according to Wu Enda open letter to provide information, Baidu artificial intelligence team has grown to nearly 1,300 people, including 300 Baidu Institute members.

While Li Yanhong's utmost support, but as a professional manager of Lu Qi obviously need to comply with Baidu internal strength in the short term to really make the results.