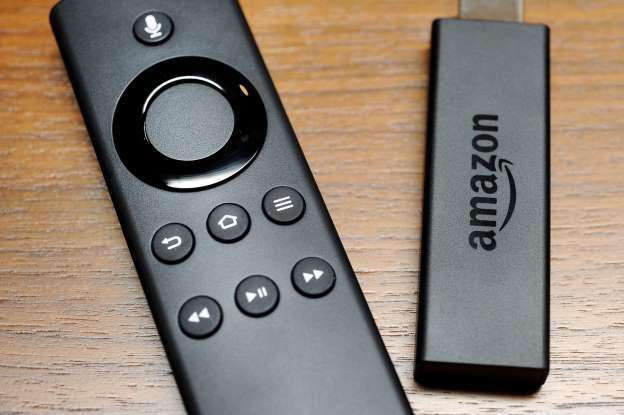 According to the latest news of foreign media, Amazon has found a new low-cost hardware & mdash; & mdash; "video stick" and remote control, as in the overseas market popularity of Alexa landing equipment.

According to Bloomberg and other media reports, in the video streaming hardware, Amazon has introduced two products in the past, namely, set-top boxes and video sticks (Fire TV Stick), recently implanted Alexa video sticks for the first time outside the United States Sales.

Video stick is also known as the TV stick, the equivalent of a "condensed version of the set-top box" users directly into the big screen TV HDMI interface, you can on-demand network rich video programs, and Amazon will also provide a remote control Device.

Most importantly, this remote control will be implanted with Alexa assistants. This means that consumers in the future do not need to buy more expensive Echo smart speakers, you can directly through the remote control and TV, feel "laptops" and the new experience.

A person in charge of the Amazon told the media that through the video stick and remote control, will allow millions of new users access to Alexa assistant, they can consult a variety of questions, the use of Alexa's various skills, management intelligence Home equipment, or on the network to find a variety of video programs.

It is reported that the Amazon video stick and remote control in the UK retail price of only 40 pounds, equivalent to 50 dollars. When to enter more overseas countries, is still unknown

In fact, in the past, some network set-top box manufacturers (including Apple) have introduced a remote control device that embeds voice aids, allowing users to search for video programs in voice mode, but with a single, voice recognition and response, Alexa and Google Assistant such opponents, not at all on a grade.

This remote control can not only accept the user's "Open Netflix" command, the user can also consult complex issues, such as "Today's weather, I need to go out with umbrella?" & Rdquo;

Alexa has been open to a large number of hardware companies and third-party developers around the world, features and skills are rapidly increasing, the latest statistics show that the number of features has more than ten thousand. Obviously, users through the remote control and TV, will also be able to enjoy one of the richer features.

With Samsung in the S8 launched its own voice assistant Bixby, the market formed a pattern of five strong hegemony: respectively, Google, Amazon, Apple, Microsoft and Samsung Electronics. In the artificial intelligence, machine learning, Google and Amazon have come to the fore, Apple Siri due to lack of technical R & D investment, in a backward position.

It is worth mentioning that each of the voice assistant now launched a hardware "enclosure movement", that is, as much as possible into their own and third-party hardware equipment, including mobile phones, tablet PCs, cars , Personal computer and so on.

Need to point out that the smart phone is now the most important personal Internet devices, but Amazon's past smartphone project ended in a fiasco, so the company can only be implanted in other manufacturers of mobile phone Alexa, or the introduction of more such as smart speakers , TV remote control and other proprietary Alexa equipped equipment.