It is reasonable to say that this early preview will not have any significant new features, but there are Russian users experience found that Redstone 3 Build 16170 has joined a very interesting function & mdash; & mdash; My People.

My People is a main social contact function, you can from the Windows 10 system taskbar directly with the contact initiated dialogue, or send mail, etc., without the need to open a special program.

This feature was originally planned to be implemented in the Creator Update, which was previously tested, but Microsoft was not satisfied with the effect, and later suspended it, and did not expect it to come back so quickly.

However, this feature is still very rough, can achieve the function is not much, the next is slowly polished. 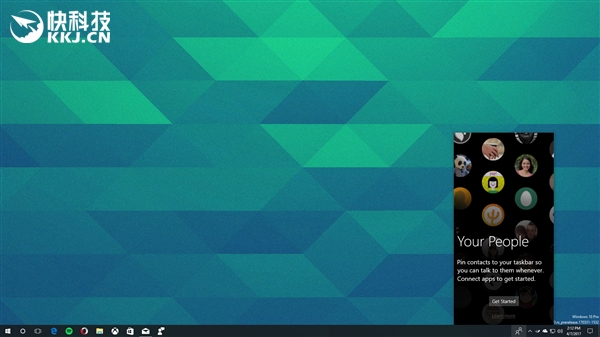 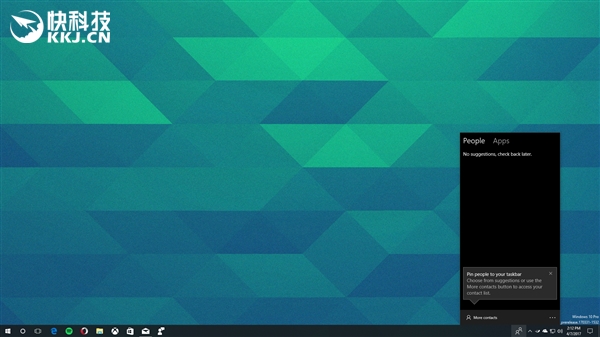 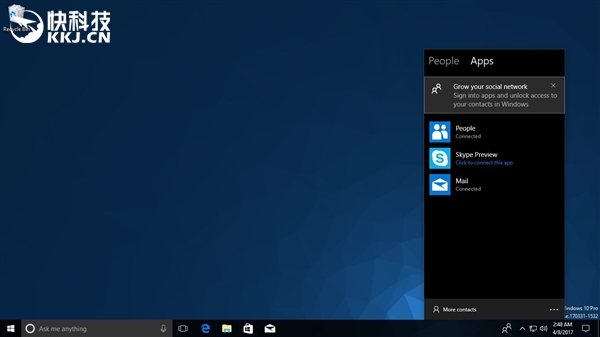 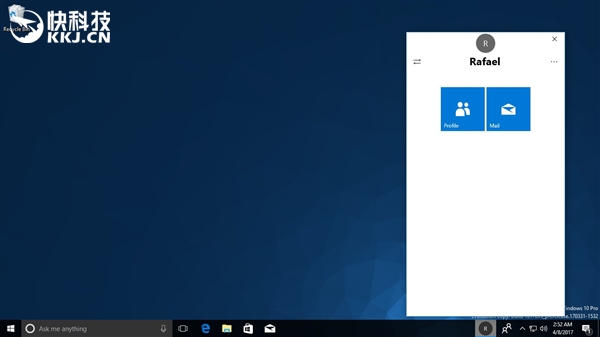 Related news
Hot news this week
LG double screen mobile phone accessories ads lead to criticism: abnormal old man steals photos of beautiful women
Welcome to zen3! ASUS serial 11, three series AMD b550 motherboard
Microsoft speed! Windows 10 2021 will come next month
Seven manufacturers, such as Xiaomi, oppo and vivo, are too slow to join the mutual transmission alliance? On the spot
Three generations of sharp dragon make new! Amd ryzen 7 3750x / 3850x exposure: 105W super frequency little prince?
Intel updates Wi Fi and Bluetooth drivers for windows 10 systems
What does Huang Zheng want to say about the sudden change of letter style from pinduoduo to shareholders in 2020
LG Electronics will move two TV production lines from South Korea to Indonesia to improve global production efficiency
48 million main camera 120 Hz screen Redmi the most affordable 5 G mobile phone on the shelf :1799 yuan
I'm a Tesla leek for musk
The most popular news this week
Meizu 17 aircraft carrier limited edition is on sale today: the official promo is on fire!
Microsoft edge browser ushers in "surfing the Internet" game
Lu Weibing: Xiaomi is a global operating company, the European market has resumed 85-90%
Lenovo's new true wireless headset has a patented exposure profile similar to airpods
Nintendo sent a video review of "the collection! May in animal friends Society
Mozilla, reddit and twitter are calling for legislation to protect the privacy of Internet browsing
NASA's Mars rover will be equipped with instruments called Sherlock and Watson
What is the competitive advantage? Comparative analysis of Pixel 4a and iPhone SE 2(figure)
What great events have taken place in the field of space and space since the ten-year gap of manned flight in the United States?
Oakes was awarded compensation of 40 million yuan to Gree Dong Mingzhu: it is suggested to crack down on this "patent hooligan"