Is Google Home or Amazon Echo worth buying? 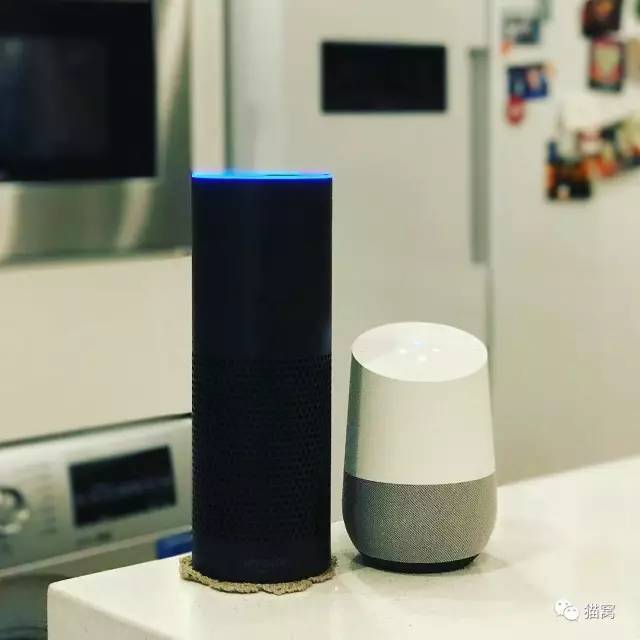 Yuan Li asked me if Amazon Echo or Google Home is not worth buying I decided to write a write.

I have an Amazon Echo, and a Google Home.

It's actually two Google Home. Last month to the United States, to see the luggage is still free, and immediately bought a second Google Home.

Zhu often criticized me to buy things, than she bought the package also diligent. I have a word, work needs. As a good entrepreneur, I should be keen on a variety of new technology products.

So I can touch the conscience and the table on the iPhone 7 Plus, Pixel, Meizu Pro 6, Lumia 950, iPad Air 2, Surface Pro 3, Pixel C, MacBook Pro and Chromebook Pixel 2 says that I am buying something very modest The

A few days ago the magazine invited me to comment on some "different types of products", which has painted the Mona Lisa LV bag, a popular section of Silicon Valley shoes, looks very beautiful sofa, Ford's new wild horse and the like ... I thought for a whole day, did not think how to comment.

I can see that I am really very focused.

I was not even interested in hardware. The phone, tablet and computer on the table are more, but watch carefully, each has a unique combination of operating system and product form. I am more interested in software, especially in the form of new human-computer interaction.

So when Amazon Echo was launched, my heart grew out of half the grass. I can imagine it is not useful in the country, but out of the new form of human-computer interaction curiosity, I think we should buy one.

This is called responsibility.

This half-grass grass live a year, during which I bought a house, decoration finished, moved into it. One day sitting in the new home and think of this half grass, easily found in Taobao and found that Beijing spot, bought a.

Shunfeng the next day to the. Impulsive consumption is to do so, want to go back there is no chance.

So after Amazon Echo launched a year later, I pulled the grass.

For unfamiliar friends, Amazon Echo is a built-in Alexa Smart Assistant speaker. In other words, you can talk to Siri as if talking to Siri, ask the question and tell it to do something. You just say, "Alexa ...", you can order it to the commander.

The smart assistant is not a new thing. Apple launched Siri in 2011, Google also launched in 2012 Google Now. Like Alexa, you can talk to them and ask them questions and tell them to do things. They also have the so-called "hot word wake up" function, do not pick up the phone, as long as you say to them, "OK Google" or "Hey Siri", you can hands-free dialogue.

So, why buy a speaker, specifically used to install a smart assistant?

Design, business innovation, is also a leap-forward development approach. Of course, Uber is so impatient to play a lot of fire, and now may accidentally burn yourself. This is another story.

I do not think that Amazon has a more advanced smart assistant than Apple or Google, but I think Amazon puts it right. Amazon is a very smart company.

Siri and Google's voice assistant, I do not know what people will normally use to do, I think they are the most reliable is to speak. I used to drive to work, Beijing-Tibet high-speed cranky, there are always some wonderful ideas to write down. I tried to shout "OK Google, take a note & hellip;", often repeat four or five times before they can barely recorded a voice, and later gave up.

These wonderful ideas are so lost in the long river of human civilization.

I asked a few domestic companies to do smart assistant, it seems that the general use of entertainment mainly. In fact, human beings are a very lazy animal. No matter how poor the mathematics, everyone in the lazy aspects are extremely shrewd. If the success rate of an instruction is 80% (not the voice recognition rate), that is, one of the five instructions will fail. Our brain will do the same task next time will be secretly compared, I take the risk of failure to try the voice operation, or the beginning to use I know that can certainly get the traditional method?

After I bought Echo, I found that I spoke to Alexa much more frequently than Google and Siri. 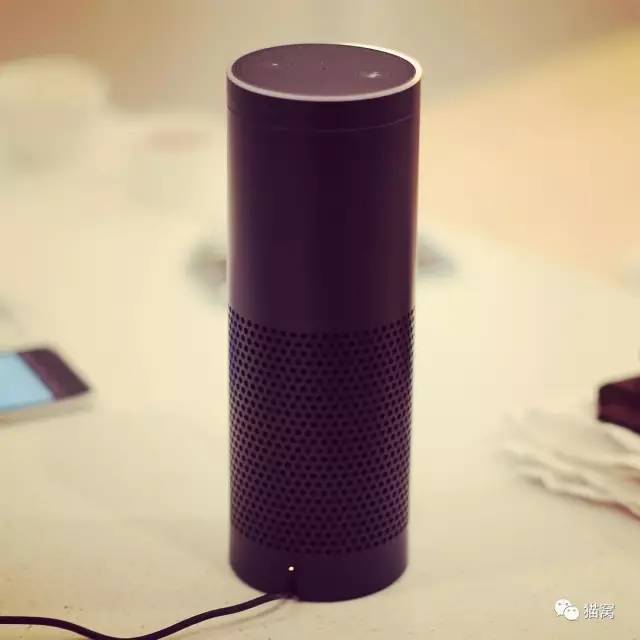 On the one hand, Alexa has seven microphones, the family is also very quiet, I am in any corner of the living room shouting the kitchen of Alexa it can hear. Any corner can be, very sensitive, which can rely on more than the phone. And Alexa will give you a clear feedback, in addition to sound, there will be a light to point to your direction. This and call the phone it is irrational feeling is very different.

In their own home shouting, but also than in public occasions shouting to be elegant some.

On the other hand, Alexa's function is not much, just become an advantage, you know it is good at doing things, the success rate will be high. In fact, these intelligent assistants are not too smart. But other intelligent assistants need to go back every day with you, and Alexa only need to be home, the difficulty will be much lower.

Take the car, I would like to ask the smart assistant things may have a lot of & mdash; & mdash;

Who is the micro who told me? What is the new thread of friends

Go to the royal war to close the chest.

What time can I get to the company?

Do I have a meeting at ten o'clock?

Told Wen Lian, I and her will be late for a few minutes.

I'll be late for a few more minutes.

Which way should we go today faster? Jingcheng or Beijing

You will ask Alexa at home not so much, but it will always meet your requirements.

Most of these operations are not complicated, but on the one hand is Alexa can rely on, on the other hand call Alexa much easier than to take the phone. "Get the phone" sounds like three words, but our smart brain knows, including "memories of where the phone" "got up and walked" "pick up the phone" "unlock" "find the corresponding App" "open that App" ... a series of complex processes. In contrast, it is much easier to call Alexa.

In the lazy desire, the use of habits quickly developed.

My home lighting system is not intelligent, otherwise imagine, winter hiding in the quilt inside shouting "Alexa, turn off the lights." This is a solution to the problems that have plagued mankind for centuries.

Google's product manager looked at Echo's best-selling must be very angry and mdash; obvious technology as we do, make such a toy, but sell well.

No way, this is not a purely technical competition. But the technical, design and commercial comprehensive competition.

Google Home last year in the Google I / O release when I was just at the scene, then feel the impression in general, follow the move.

Later, after I got the hand ... still think it is to follow the move. And nothing new.

But soon, I call Google more than Alexa. 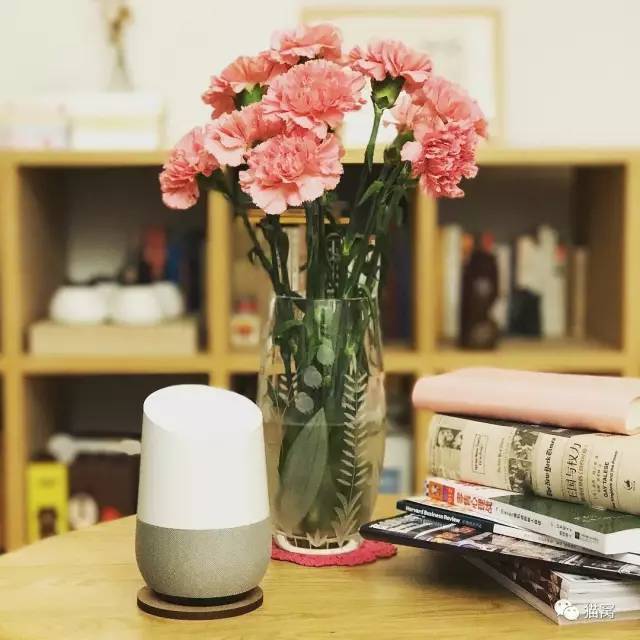 Amazon Echo is the pioneer of this field, but the function is still some problems. For example, most of its features in China can not use & mdash; & mdash; is not the kind of incomprehensible problem, but no data. For example, Echo can not tell you the weather in Beijing, nor can you tell you how long it takes to work according to the current traffic?

And, because I had a lot of use of Google's services, there are many integration is very convenient. For example, all the speakers in my home are connected to Chromecast Audio, so if I say, "OK Google, put Faye Wong song", all the speakers at home will sound at the same time. As a search engine company, there are some strange questions Google will answer better, such as one day I and Mr. Zhu bedtime in bed to discuss a serious question:

Cat in the end there is no natural enemies?

Too lazy to pick up the phone, asked directly one, Google directly told us the answer (no).

I bought a second Google Home, Google fully occupied the upper hand, because I put a bedside. This way there is more than I did not expect the use of, such as setting the alarm clock (OK Google, six hours later told me to get up?); Morning too lazy eyes open, ask a few points (OK Google, now a few points ), By the way in the bed to listen to their own today's schedule and newsletter (OK Google, what is my arrangement today?)

Both Alexa and Google are growing at a very fast pace. Every week, Alexa and Google will have a message to introduce the new feature this week. In my opinion, Google's features are somewhat more appealing. For example, Google supports a custom command that is called IFTTT, for example, I can say "OK Google reminds me to buy milk" and set up to add this task to my project management software, Asana.

The pioneer invented the market and had to keep the market.

Back to these things worth buying If you like these new toys, such as you have bought the first generation of the iPhone, it is mature enough to buy.

But there are many things that are for granted by mankind, and they can not be done today.

Some may be technical problems, for example, although you can ask Google, "Beijing will rain tomorrow?" "The day after tomorrow?" "That Guangzhou?", It can understand, naturally pick up. But if you ask it, "UA 889?" "Remind me", it will ask, "What is it?"

There are some issues that may not be technical. For example, Google Home can not take notes, but Google Assistant on the phone is available. For example, I probably have more than 20 millet or rice home smart home products, whether it is Alexa or Google or millet own voice assistant, can not control them. Millet has a "white" voice assistant, integrated in the camera but not integrated into the speaker, do not know the results of the top strategy design, or decision-making scattered results.

And VR, applets, etc., I believe this is the future experience, but not the overnight outlet.

Sometimes you may feel that this is just a small change in the form of interaction. But in fact, it shapes our worldview.

There is a saying that today's children are already "touch generation", when they see a plane, will think that can be touched by the interaction. YouTube has a video, a child that the magazine's picture can be dragged like the iPad, which is a new understanding of the world.

Before a designer living in the United States to share that her children every day before going out and Alexa has said goodbye. After a few years the children will be "voice generation", they will think that all the objects are ears, can speak, whether it is light, or toys, or cars.

It would be a very different world, a world of all things.