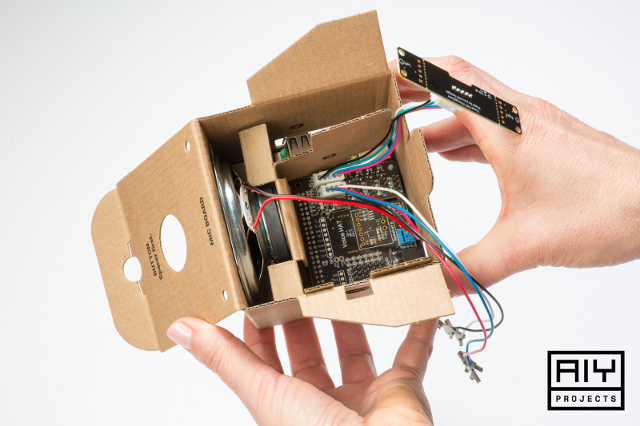 Today Google announced the first AIY project called "Voice Kit &", using raspberry factions to create voice-based virtual voice aids. It should be noted, however, that the project does not contain raspberry factions and requires user-specific use of Pi 3 Model B, Pi 2, and Pi Zero.

AIy project leader Bully Rutledge said: "The first open source project is the Voice Kit. Create a voice user interface (VUI) based on instructions that can be used (similar to the new Google Assistant SDK or Cloud Speech API) or running on the device. The project greatly expanded the function of raspberry products. & Rdquo;