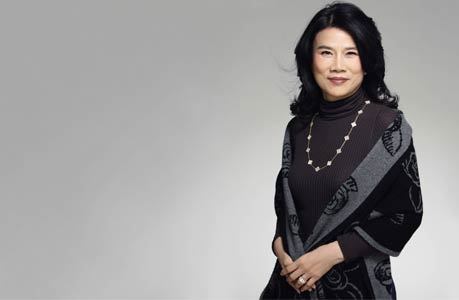 Nearly three years, Dong Mingzhu total compensation of 2013 million, the increase in investment in Gree Electric is three years of salary doubled. However, the funds for her, is not a big problem, Dong Mingzhu three years bonus income of more than 200 million yuan.

Recently, the Shenzhen Stock Exchange website data show that Dong Mingzhu on May 8, 2017, through the auction transaction holdings of Gree shares 3 million shares, holdings, Dong Mingzhu held a total of about 4448 shares of Gree shares, The ninth largest shareholder of electrical appliances.

A Gree internal insiders to the "Securities Daily" reporter said: Dong Mingzhu holdings is mainly due to optimistic about the Gree price, Dong Ming Zhu Gree Gree shares that there is a certain room for growth in the future. She has been full of confidence in Gree. & Rdquo;

Compared to Dong Mingzhu's account, its continuous holdings of Gree appliances does not exist pressure.

April 26, Gree Electric released 2016 annual report, said it would come up with 10.828 billion yuan to shareholders dividends. This big hand dividends in one fell swoop beyond the first unit of Guizhou Maotai, the amount of dividends to create a record high, dividend payout rate as high as 70%.

At present, Dong Mingzhu's worth has exceeded 1.4 billion, personal wealth accumulation is also growing, and in the firm to buy Gree electrical stock when the smart Dong Mingzhu also began diversification of personal investment, will look on the new energy vehicles field. In the near future, its throwing 1 billion yuan stake in Zhuhai Yinlong, Zhuhai Yinlong, and still continue to increase investment.

Industrial economic observers Liang Zhenpeng that: "Dong Mingzhu has been very confident of their investment. Dong Mingzhu through the continued holdings of Gree, thereby enhancing its control and the right to speak at the same time, but also highlights its confidence in the future of Gree, and Dong Mingzhu also began to plan their wealth in a variety of areas, Is an important step for the future pave the way. & Rdquo;