Not only TOS, the Tencent once in charge of the QQ group are gone

Tencent's TOS has finally been shut down.

In fact, the TOS project stopped long ago. 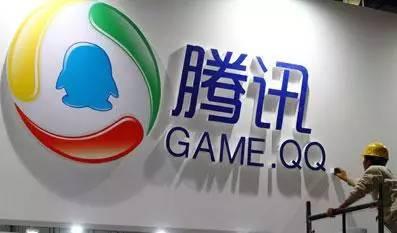 Not only is Android closed source, the TOS has done is not a qualified Tencent did not open up the internal resources of products and services, no value for Tencent; two adaptation models too little, no one to play without the user, white wasted resources; three with hardware vendors are not willing to fully support, also want to rub their resources.

From the Tencent TOS's official website, after June 17, 2015, there is no longer updated. Before and at this point in time of 2 months, the Tencent has just launched the TOS strategy.

At the same time, the world also broke the Tencent TOS team reached 200 people, some of the TitaOS project veteran employees in the hands of the project completed after the transfer into the TOS project.

At that time, TOS's hardware ambitions are not small, not only to do mobile phones, as well as smart watches, game consoles, smart cars and so on, and even have always been reluctant to show Ma Huateng, for which friends circle platform. (Ma Huateng's projects end up dead?)

TOS brush ROM third party mobile phone adapter, also issued a final version at the end of January 2016 after the stop. At the time of the situation, the Tencent selected the InFocus partnership with Foxconn's mobile phone, to directly enter the intelligent hardware market. At the same time, there are smart watches that work with inWatch, the host of video games that work with TCL.

Even the May 2016 TOS2.0 release, did not make special topics, but the selection and cooperation of Foxconn's mobile phone brand InFocus, on the line in a hurry.Although the Foxconn manufacturing gimmick behind, but ultimately failed to cause what repercussionsIt failed to grow into one of the largest mobile phone brands in china. Including smart watches, consoles and so on, nothing to move. 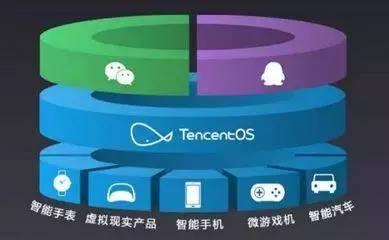 In fact, so far, TOS only support 15 mobile phones, and other custom systems frequently support one hundred or two hundred mobile phones, the difference is too far. At the same time, TOS does not support the third party transplant optimization, there is no opportunity to scale promotion.

Last month, Foxconn launched the SHARP brand and launched two handsets. One of them uses Iqiyi's custom system, and the other uses LeUI directly as music. Tencent's TOS is out.

Overall, MIG mobile Internet business group was in the Tencent internal not popular, has not what dazzling achievements in the existing seven business group inside, the work of the center is to open up the internal resources of the Tencent. And TOS is to open all products Tencent resources unified product, but the results are obviously poor!

TOS not only did not help to open up Tencent's product system, to create a unified service experience for users, but also made a similar cumbersome service. Tencent's products and services appear to be more complex!

The most prominent point is: in the TOS official recommended charge calls for Alipay products, Baidu did not pay, the integration of WeChat wallet, QQ wallet! Not even the most basic money paid through. And this is Tencent's own products!

Even more wonderful is that a QQ card coupons, WeChat products have TOS card coupons, and have developed a special card ticket products. Compared to WeChat, QQ two core products on horizontal integration of business news and entertainment game coupon payment card and so on, in order to integrate the specialized students is far more than one hundred and eight thousand TOS without any success,?

In fact, this also shows some problems within the Tencent. Between the major business group synergy is too poor, the formation of internal friction between various departments fight in isolation, exclusive resources in serious condition, distribution is not balanced.

These business groups compete with each other, but basic traffic and business resources must be shared.

Business groups, and even different project groups, can dig each other, the project has recruitment requirements, HR will first through the internal platform to dig other departments of personnel. It's impossible to hire outside.

Such investment is really not small! 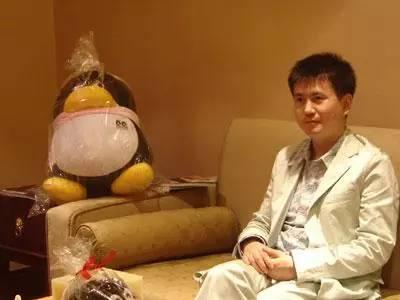 Create a WeChat Zhang Xiaolong status is rising, the whole industry to become the world's favourite; MIG was responsible for the mobile Internet business group Liu Chengmin the status of a crisis, the hands of the key business item was removed.

Since then, MIG mobile Internet business group's decadent get out of hand, other business groups through several book, strong demand will recover the mobile APP R & D function of own department. At the end of January 2013 the year-end summary of the planning, QQ, QQ space, QQ music, video, news and so on star Tencent Tencent products by other business groups to recover.

After the arrival of Ren Yuxin, began to focus on the promotion of Tencent mobile phone housekeeper, Liu Chengmin emphasized the importance of the QQ browser was completely put aside. Tencent is expected to reach the target mobile phone housekeeper project after 2015, Ren Yu Xin was fully customized for Android to restart the system project, to create TOS.

Soon, the group has released the TOS strategy, but also do watch and also do VR, then the air are accounted for over. Ma Huateng also made a circle of friends to help support the platform!

When TOS launched in cooperation with Foxconn intelligent mobile phone, the original TOS strategy is purely a false joke.

Of course, it also has nothing to do with Ren Yuxin's COO power as a whole group. Ren Yuxin's interactive OMG Entertainment Group has always been the focus of his efforts. Tencent was founded in 2015 and chairman of pictures, pictures of the application distribution when the Tencent; improve the strategic position, but also focuses on the application of treasure trader; Daily Express is regarded as the new platform, and immediately Paibingbuzhen station in front of letters every day. Every new Tencent project must pass his hand.

Ren Yuxin is currently responsible for IEG interactive entertainment business group, OMG network media business group, MIG mobile Internet business group, it is impossible for each project to intervene. To assault the application treasure today, tomorrow the finale Tencent pictures all day, constantly on the run to control things too much. Definitely which project is the hottest, the latest, which to deal with first.

Now, for Ren Yuxin, the latest and most important business is daily express.Mid this month (June 16th), Ren Yuxin has just moved the next main push from Tencent pictures moved to the daily express, but also directly responsible for the application of treasure Lin Songtao sent past trader!

Ren Yuxin said: This is equal to the maximum under the leadership of don't care, most have the ability to earn the performance of Lin Songtao also came out, MIG mobile Internet business group is no one can master station.

The past two years, the only achievement of this business group is the success of the application of treasure to go out, or rely on Tencent's first product manager Lin Songtao completed. From 2016 to now, a year and a half, Tencent's MIG mobile Internet business group no longer produce any results.

What's the number more than 200 on the TOS team? Are you muddling around?

Obviously, the MIG mobile Internet business group has basically been hollowed out by other business groups. COO Ren Yuxin with Lin Songtao Gan, are turning to the OMG network media business group of the daily express. And expect them to do something.

To date, MIG mobile Internet business group in the Tencent is basically in the situation! TOS's stop was the beginning of the fall of the business group.

The more serious problem is that the business of MIG mobile Internet business group has been taken away by other departments!

Last week, the Tencent issued the product of artificial intelligence 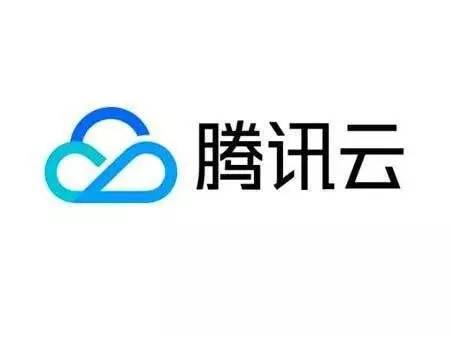 Feedback from the industry point of view, the current Tencent cloud products in the use of experience is an excellent level, but in terms of performance stability, and other brands of cloud products there is still a big gap.

And compared to Google, Microsoft, Amazon, the domestic Ali, Baidu, cloud services are placed in the core business position. Tencent cloud is still SNG social networking cause soy sauce, which is too inconsistent with the image of 300 billion U.S. dollars company?

Tencent in accordance with the ability to rally, immediately cloud service industry will become a major hot tuyere, and entrepreneurs who quickly change the good BP it!