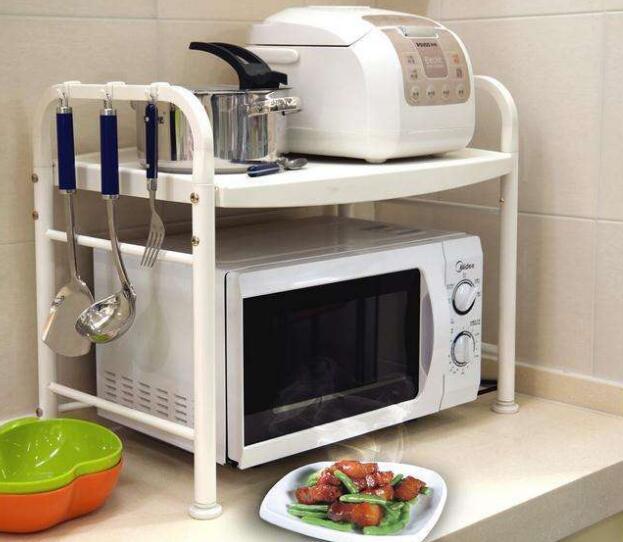 One of the main functions of intelligent voice aides is to manipulate home appliances and smart homes, and the kitchen is a densely distributed place for another home appliance. According to foreign media news, Amazon announced to enter the kitchen area voice assistant Alexa the day before, will allow consumers to easily use voice control a variety of kitchen appliances.

Amazon announced a few days ago that it would add a batch of Alexa controls to kitchen appliances, with the first batch of microwave ovens and ovens to be added, according to TheVerge. This means that the user can send the following command to the microwave oven via a smart speaker:

Amazon can quickly deploy this feature in the background, but the most important thing for users is whether the kitchen appliances have been reached

Previously, Amazon has signed a large number of smart home appliances manufacturers, which will gradually realize the free manipulation of the Alexa.

It is reported that the U.S. appliance maker Whirlpool will be the first to integrate Alexa voice commands kitchen appliance manufacturers, home appliances, LG, GE later, Samsung, Kenmore and other manufacturers will also support the Alexa instruction in the oven.

In the past, voice assistants used to control household appliances and smart homes, mostly in the living room, such as controlling TV switches, manipulating set-top boxes, searching network videos, or manipulating electric curtains, lighting and so on.

Foreign media point out that for kitchen appliances, voice manipulation is more meaningful. Because housewives are busy cooking in the kitchen, they often take up their hands, so the voice control appliance is more convenient.

Early, Alexa is the Amazon intelligent speaker special speech assistant, now, Alexa has been out of the Amazon, integration and market a large number of third party hardware and software, become a user in life, entertainment, work can be a personalized voice assistant in the end.

Alexa has been integrated with software and hardware in some industries. Consumers can come to the company, they can give orders to Alexa as family, input data to a software system, or operate computer professional software (such as warehouse management) under the condition of occupying both hands.

According to statistics, third parties have developed nearly twenty thousand functions for Alexa, including the control function of the carmaker. Amazon is also considering business models for the third party.

According to foreign media reports, Amazon is ready to broadcast some advertisements to Alexa, such as users may hear cooking or food related voice ads when they control appliances in the kitchen. In addition, Amazon is also ready to let third party developers launch a membership service, consumers have to use a certain control function for a long time, and have to pay monthly fee.

Amazon's smart sound box and Alexa have been a great success. Nowadays, a large number of manufacturers in China, Japan, Korea and the United States are competing to imitate Amazon's launch of smart speakers, including China's millet, Alibaba and Jingdong.

Related news
Amazon released a bunch of new Echo products around Alexa
Hot news this week
Challenge the fierce rival Intel amd Su Zifeng: This is just the beginning!
Musk is going to blow up the rocket tomorrow
Huawei mate XS Ministry of industry and information technology access: equipped with Kirin 990 5g, better hinge / screen
Can't OEM 16nm chips for Huawei? TSMC: hard to estimate but ready for changes in export control at any time
Samsung Galaxy a71 5g exposure: equipped with exynos 980, square four shot
Magic mobile phone protection shell, match 20 Pro for sale, match 30 Pro for second change
NetEase cloud music and station B could be the only two accidents
Unsealed Taobao account in 980: no malicious refund
TSMC denies being pressured by the us to set up factories in the US: there is no final decision at this stage
Samsung Galaxy a71 5g exposure: cheap "note10" with exynos 980 and square four shot
The most popular news this week
NetEase cloud music and station B could be the only two accidents
Microsoft CEO: technology companies should protect data privacy just like human rights
CAAC: no refund fee for air tickets from 0:00 on January 24
President of Xiaomi International: Xiaomi still wants to enter the US market dominated by apple and Samsung
Over 80 million yuan of contract has been awarded to golde infrared for the application of self-developed chips in the prevention and control of pneumonia
Huawei Developers Conference Announces Extension: Change to Live Online as a New Pneumonia Epidemic
Microsoft chromium edge stable edition ushers in the "new tab" after function improvement
Huawei P40 Pro toughened film spy exposure: the effect of increasing screen curvature is worth looking forward to
DxOMark announces iPhone 11 score: 109 points, just equal to Huawei P20 pro of the year before
Google and Mozilla are sending cake to Microsoft's new edge team