Biography AT & T to give up the sale of Huawei phones, the reason is unknown 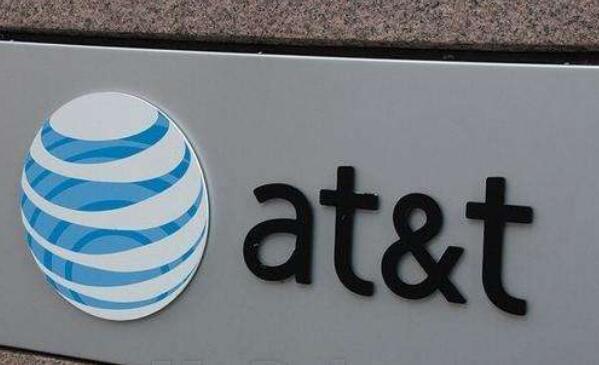 Tencent Technology News, China's Huawei announced that it will sell smartphones in the United States through the U.S. mobile operator AT & T, which is regarded as an important result of Huawei's return to the US mobile phone market. However, according to foreign media latest news, AT & T has given up the plan of selling Huawei's mobile phone.

Now in 2018 US Consumer Electronics Show is being held in Las Vegas, Huawei plans to announce plans to sell mobile phones in the United States on Tuesday.

However, an authoritative financial media in the United States quoted people familiar with the matter as saying that AT & T had already withdrawn its plan to sell Huawei handsets, the exact reasons for which are still unknown.

Allegedly, Huawei will still be planned to announce plans to sell mobile phones in the United States, but sales channels may become a network or retail store.

In the United States, mobile operators are firmly in control of the smart phone market. If a cell phone is not supported by the four carriers, it means that the phone has virtually no presence in the United States.

In the United States, pre-paid handsets, often sold at a network or in physical stores without carriers, tend to be low-cost prepaid handsets and have a lower product positioning.

Before the outside world is expected that Huawei will sell its flagship mobile phone Mate 10 in the United States, with AT & T cancellation of support, foreign media said it is Huawei entered the US smartphone market suffered a setback.

Some years ago, Huawei was active in the US market. However, Huawei's business in the United States was in a sluggish state after the "national security storm" in the network equipment. Huawei began to focus on the development of the U.S. and Europe markets and Huawei's internationalization of smartphones In the territory, Europe occupies an important position. Many new cell phone conference, arranged in London, England.

Huawei is currently third in the global mobile phone market, executives hope to gradually replace Apple and even Samsung Electronics, becoming the industry first. Obviously, to achieve this catch-up, Huawei must return to the US smartphone market.

For abandoning the sale of Huawei's mobile phone, AT & T and Huawei officials did not comment.

AT & amp; T is one of the two largest mobile communications companies in the United States with a large user base. For China's mobile phone companies, if they can get the support of AT & T or Verizon giants, equivalent to half the success of the US handset market.

Whether Huawei is in talks with AT & T's rival Verizon to sell cell phones is unclear.

Before Huawei, another Chinese mobile phone maker, Xiaomi, was also preparing to enter the US handset market. However, for several years, no progress has been made to date. In the United States, millet is only selling some peripherals such as earphones and other electronic products.

Chinese mobile phone manufacturers are not without any accomplishments in the United States. Before ZTE started to run the market for many years, it gained the trust of some consumers and the support of mobile operators. ZTE entered the top 5 mobile phone markets in the United States and the largest Chinese manufacturer. However, ZTE sells low-priced low-cost handsets mainly for prepaid markets.

Huawei is now preparing to challenge Samsung and Apple in the high-end handset market, so Huawei is not prepared to impact the U.S. market with cheap handsets. As a mature mobile phone market, the price is not the first choice for American consumers. Therefore, the Chinese manufacturers in India, Southeast Asia market share of chips "cost" in the United States market is not much significance.

Related news
Hot news this week
Wechat has not done this function for N years! Use this app to make up for the defects of wechat
2020 wechat Dragon Boat Festival travel big data: the number of wechat payments increased by 43% year on year, and the post-90s most like to travel
Gree's response to "being disqualified from winning the bid": a mistake made by the bidder in sorting out the materials
Microsoft official free data recovery tool windows file recovery experience
NASA's face touching Necklace: vibration warning to prevent the spread of new coronavirus
IPhone 12: it's more like throwing away the charger
Apple wants to know: what do you do with the charging head of the old iPhone?
Amazon cancels disposable plastic products in India
How long can "Laoganma" carry on after winning Tencent?
Tencent magic change Yang surpasses video self mockery: I'm a simple and honest fake spicy sauce lost 16 million
The most popular news this week
The severity of the epidemic in the United States is greatly underestimated, or the actual number of infected people is 10 to 24 times higher than the existing data
China's Tesla owners humble Rights: fully automatic driving nearly killed! The muck truck merged the line, and even accelerated to hit it
HP spectre folio experience: leather and limited, trying to get rid of homogeneous laptops
"Operation Wizard" has pushed 5.9 monthly fee members, 88vip and Jingdong plus members have something to say
Microsoft's new windows Preview: push new fluent start menu
TSMC 5nm was snatched by Huawei and apple this year
India's telecommunications minister said it had decided to move Huawei out of the country's 5g network construction plan
Huawei mobile phone new patent exposure: camera equipped with "SLR Lens"
5000mAh large battery and 65W super fast charging! These phones help you get rid of charging anxiety
Source: Samsung Galaxy note20 or series is the most expensive