US time on January 8 afternoon, the United States authoritative media, "The Wall Street Journal," citing people familiar with the matter, the U.S. operator AT & T has withdrawn plans to sell Huawei handsets, the specific reasons are not yet available. The news, AT & T and Huawei officials did not comment.

It is understood that Huawei would have opened at the CES show in Las Vegas tomorrow announced an agreement with AT & T, the official channel in the United States to sell smart phones. In the moment of the announcement, many people just did not expect it.

The Wall Street Journal said in the article that Huawei is the world's largest telecom equipment maker, while a 2012 US Congress report expressed concern about the security of Huawei equipment. Huawei denied the allegations at the time and said the report is politically motivated.

In fact, with the security concerns as an excuse, the U.S. government has been holding its door closed to Huawei and other Chinese enterprises in the past few years. This, to a certain extent, has affected the layout of Huawei's other products. The industry is well aware of the complicated political game behind this.

In this Huawei and AT & T to discuss cooperation during this "resistance" has always existed.

As early as December last year, Tencent "first line" exclusive exposure of the matter, further confirmed the details of cooperation between the two sides. At that time, caused widespread concern by the U.S. media and some politicians. Some even said that the U.S. government is giving "pressure" to AT & T. 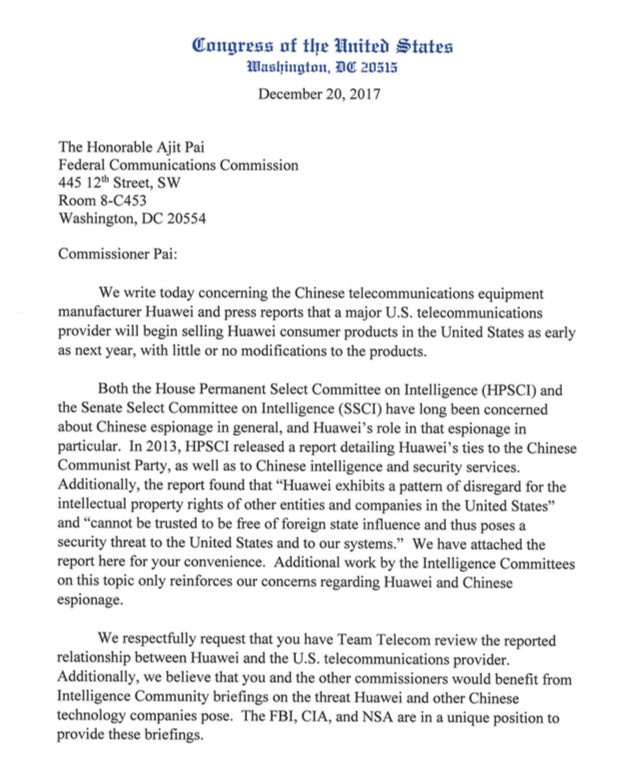 In this e-mail, once again mentioned in 2012 the United States Congress issued a ban on Huawei devices in the U.S. market.

"We need to remember the 2012 HPSCI report's suggestion that" the United States should use skepticism to assess the continued penetration of China's telecom companies in the U.S. telecommunications market. "The U.S. government system should not join Huawei or ZTE Equipment, including equipment components "Government contractors should exclude ZTE or Huawei equipment in their respective systems". So we ask to know if FCC employees are currently allowed to use Huawei products in government affairs and whether such regulations will be adjusted if US telecom operators cooperate with Huawei. & rdquo; 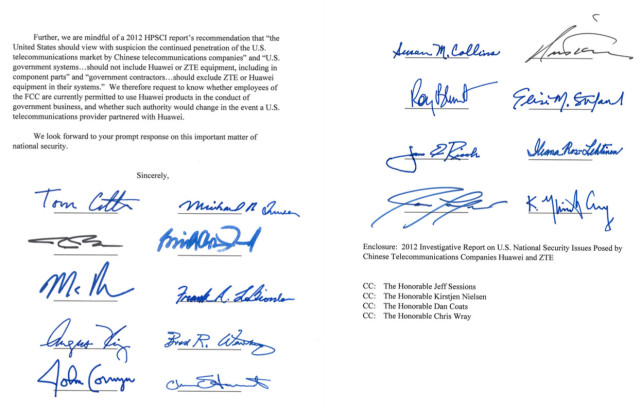 The e-mail was also copied to U.S. Attorney General Jeff Sessions and others. As the United States "political filter" is very strong, so this is very likely to be the root cause of AT & T and Huawei's cooperation was "temporarily canceled".

According to IDC data, last year Huawei accounted for about 10% of the global smart phone market, second only to Samsung and Apple. Huawei Consumer Business CEO Yu Chengdong has disclosed to the outside world that Huawei plans to surpass Apple in one or two years. Obviously, to achieve this catch-up, Huawei must return to the US smartphone market.

Last year, Huawei sold cellphone products in the channels of Amazon and Best Buy, but it is negligible compared with that of carriers that control more than 80% of cellphone sales in the U.S. market.

In the United States high-end models, Samsung, Apple iPhone has maintained more than 70% market share, which also resulted in the two brands in the face of the operator always high above. On the contrary, the status of U.S. carriers is on the verge of death, and all the signs indicate that Samsung and Apple may be even more prosperous in the future.

From the perspective of the development of the global smart phone industry, the U.S. market now needs someone who has the ability to contend with Apple and Samsung. Huawei is currently the best choice.

At the same time, once Huawei enters the US smart market, it has also created a certain "threat" to another U.S. giant. It is understood that the cooperation with AT & T Huawei cell phone did not take Qualcomm chips, but their own unicorn chip.

Qualcomm is currently the dominant mobile phone chip market, revenue from the Chinese market accounted for nearly half of its overall revenue. In recent years, Huawei's high-end smartphones have not adopted Qualcomm chips.

At the moment, it is unclear when Huawei's cooperation with AT & T will resume. However, any Chinese high-tech enterprise entering the U.S. market is not merely an industry competition. An open and equal attitude will determine all the fate.