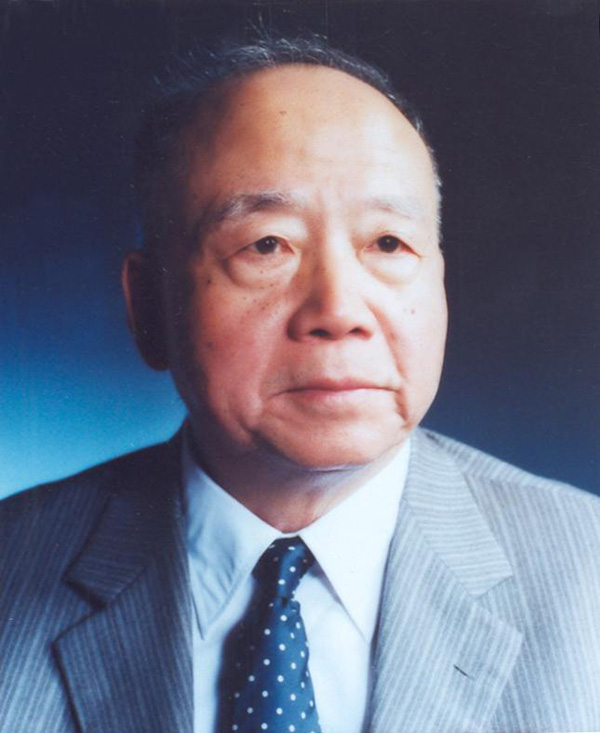 Another scientist, who made "two bombs and one satellite" an important contribution, left us.

As "the father of Chinese extractant chemistry", Yuan Chengye is a poor lifelong energetic and devoted his energy and wisdom to China's nuclear industry and industrial development. Until the age of ninety, according to him in the strategic resources for our country - lithium extraction, recovery and utilization, work hard. "The needs of the country, it is my responsibility! "This is the motto of his life.

Not get full marks, he will insist on re-examination

Yuan Chengye was born in Xiaoyue town, Shangyu County, Zhejiang Province. Yuan Kaiji father graduated from Jinling University, is an organic chemist. Named for his son "Undertaking" is to hope that he can "inherit the father of industry" & rdquo ;.

Home is a chemical book, cultivate Yuan Chengye's interest in chemistry. The war, he fled removed Sichuan, Guangxi, Guangdong and other provinces with her mother, only a street vendor selling clothes difficulties. Despite the tough survive, but parents still insisted that Yuan Cheng industry education, he worked in seven middle schools, two cram school. Yuan Cheng Ye particularly studious in learning, as long as the exam did not get full marks, we must insist on re-examination.

After graduating from the National Pharmaceutical College (predecessor of China Pharmaceutical University) in 1948, Yuan Chengye worked as a technician in Shanghai People's Pharmaceutical Factory. In July 1951, as the first batch of foreign students after the founding of the People's Republic of China, he went to Moscow to study for graduate students at the Institute of Medicinal Chemistry, Moscow. At that time, he did not understand Russian a little and started to learn letters on the train to Moscow. He taught Russian for several hours a day with an old lady in the Soviet Union. He began his studies and work in the Soviet Union. In September 1955, he defended the thesis with honors and obtained an associate doctorate in Soviet science.

In October of the same year, Yuan Chengye returned to China. He was appointed as the deputy chief engineer of the Pharmaceutical Industry Administration of the Ministry of Chemical Industry. He was transferred to the Shanghai Institute of Organic Chemistry at the Chinese Academy of Sciences in September 1956 and embarked on the road of scientific research in organic chemistry. 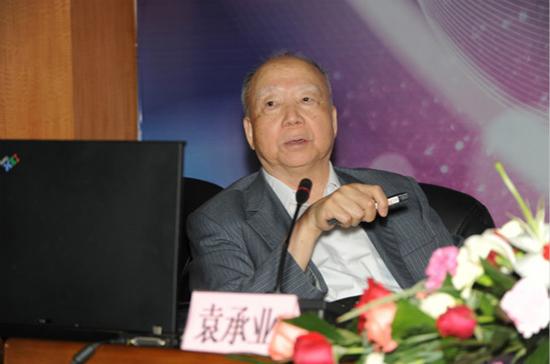 Yuan Chengye, 86, speaks at the seminar

Each extractant comes from the needs of the production line

Mr. Yuan Chengye is one of the founders of the research on extraction chemistry in China. Based on the foundation, he focuses on applications and finds the best combination of national needs and scientific exploration.

In 1959, in order to "urge the two bombs and one satellite" and other national defense tasks urgently needed, he resolutely diverted the study of amino acid and peptide synthetic drugs that have made good progress and set up and led the research group of nuclear fuel extractants to successfully develop the P-204, N -235 and P-350 and other extractants for the development of China's atomic energy industry has made a significant contribution.

Qian Sanqiang, a famous nuclear physics expert, recalled the history when he said: "The extraction of uranium extractant plays a key role in the national defense construction at that time. Without it, it can not mention uranium. & rdquo;

Yuan Chengye was awarded the medal and certificate of "dedication to national defense" issued by the Commission of Science, Technology and Industry for National Defense. In 1997, he was elected as a member of the Chinese Academy of Sciences. In 1999, as one of the 40 representatives of the Chinese Academy of Sciences, Yuan Chengye was interviewed by party and state leaders on the scientific and technological experts who made outstanding contributions to the development of "two bombs and one satellite."

After completing the task of national defense scientific research, Yuan Chengye also led the team to successfully develop a series of new and practical extractants, and has been widely used, of which 11 varieties of extractants to achieve industrial production. These extractants covered almost all of the Chinese extractant industry at that time.

"A lot of extractants are not what we came up with, nor who asked us to do it. But the production practice put forward such a demand, we use their own knowledge to achieve. "Years ago, when he reviewed his research career, he said that one of the topics in rare earth element extraction is the separation of niobium and tantalum. Since this process can not touch the glass, all the bottles and cans in the laboratory are glass, and they have to replace all the glassware with plastic. Later, the successful development of the N503 led to the successful extraction of niobium and tantalum, as well as its contribution to the wastewater treatment of "de-phenol".

The dignity and needs of the nation are paramount

In the heart of Yuan Chengye, the dignity of the motherland and the demand of the country are paramount.

80s of last century, Yuan Chengye attended the international academic conference, met twice the host of the conference linked to the wrong flag, he found, immediately proposed to the President of the General Assembly, asked to be replaced by a five-star red flag. "The principle of such a problem, must not be vague! & rdquo;

Endless life, dedication for the development of the country inexhaustible. Even after his stagnant years, he remains focused on the frontier of science and technology. Academician Ding Kuiling, director of the Shanghai Institute of Organic Chemistry at the Chinese Academy of Sciences, told reporters that the separation of lithium isotopes from thorium-based nuclear energy and lithium resources from Qinghai Salt Lake has been the focus of Mr. Yuan's attention as it relates to the country's strategic needs. A dozen years ago, he proposed that we should pay attention to the recycling of lithium resources and cherish this strategic resource. However, it has become a hot spot for scientific research and industry today.

Hu Jinbo, director of the Key Laboratory of Organofluorine Chemistry at the Chinese Academy of Sciences, said that when he undertook the project of lithium isotope separation, he often asked Mr. Yuan for his work ideas and concrete practices formed through the accumulation of his years of work and handed it to the young Researchers.

He often told young scientists: "No interest is not well studied, but personal interests must be subject to the needs of the country." "He motivates young people in the famous heroic Paul Kochakin:" As a scientist, at the last moment of his life, he should also ask himself what my useful contribution to the country has been for my whole life. & rdquo;

Hu Jinbo said that Mr. Yuan has devoted a great deal of effort to major projects in these countries. However, even the names insisted on failing to appear in the project book, so ignoring fame and fortune and devoting himself to the spirit of the country for the scientific research of future generations in the face of numerous and varied social influences , Raised a beacon, "he will always be remembered in our hearts. & rdquo;

(The original title is "two bombs and one star" hero Yuan Chengye's death: the needs of the country, it is my responsibility ")