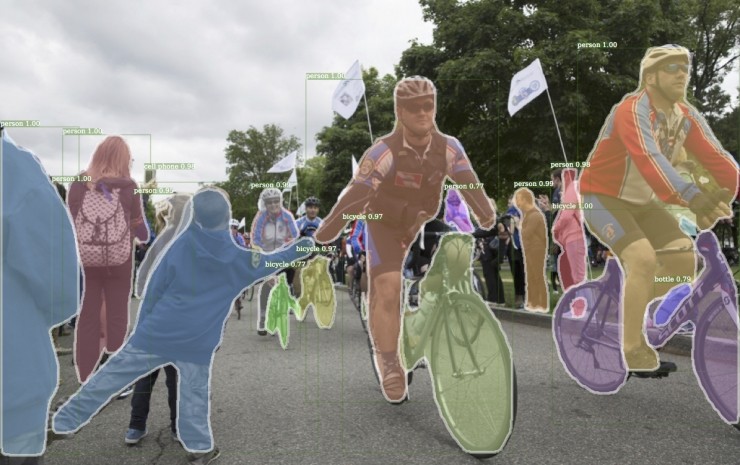 According to Facebook, the Detectron project started in July 2016 when the goal was to build a fast and flexible object detection system based on the Caffe 2, starting with the in-house development process. After a year and a half of development, the code base has matured and many of its own Facebook research projects have been integrated, including the "Mask R-CNN" for Best Paper Award (Marl) at ICCV 2017 and the Best Student Paper Award, "Detecting Loss of Focus when Intensive Objects", and the earlier and more widely used R-CNN family of algorithms. These algorithms supported by Detectron behind provide an intuitive model for critical computer vision tasks such as instance segmentation and have also played an important role in the rapid development of research focus throughout the research community of visual perception systems in recent years.

In addition to the planned research uses, some Facebook teams used the platform to train custom models and use them for a variety of tasks such as augmented reality, community integrity. The trained models in Detectron can be deployed on cloud servers and mobile devices directly through the efficient Caffe 2 runtime.

The Facebook open source Detectron is also hoping to make their research as open as possible, and to help accelerate the progress of the research laboratories in the world. After this release, the entire research community can repeat the results from the Facebook paper and use the same software platform as the Facebook AI lab. According to Lei Feng Network AI Technology Review, Detectron's GitHub project also comes with more than 70 pre-trained benchmark models for performance comparison.