According to Reuters, the security software maker asked the Russian government to look for loopholes in its products. This is a concern for agencies in the United States who use the software. According to Reuters, Russia was allowed to exploit the software loopholes used by the U.S. government. Reuters reported on Thursday that SAP, Symantec and McAfee both sold business and security software to customers worldwide, allowing Russian authorities to review their code.

This is a worrying issue as US government agencies also use the software, and US lawmakers and security experts have told Reuters that any loopholes known by Russia pose a security risk. 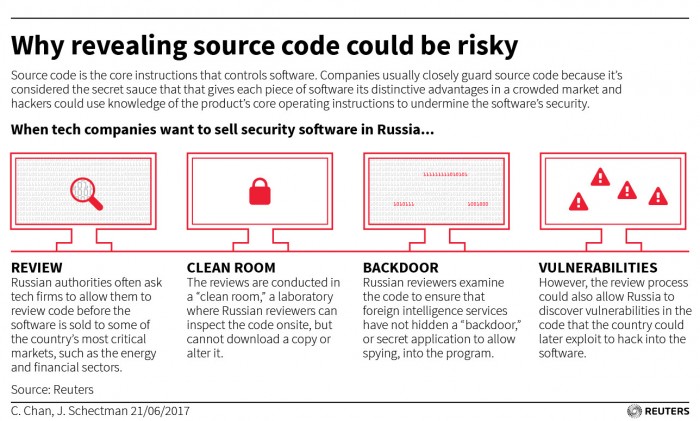 Reuters said that in order for these companies to operate in Russia, they had to allow local authorities to see the codes. But Reuters did not find any examples of the Russian government's review of the source code's role in cyberattacks. However, the outside world believes that the Russian government affected the outcome of the 2016 U.S. presidential election and that the United States is vulnerable to cyberattacks. Officials at SAP, Symantec and McAfee have not commented on Reuters reports at the moment.