The latest astronomical observations show that,The universe is incredible to accelerate the expansion.

Since its discovery in 1998, the discovery of the Nobel Prize in Physics, which was discovered in 1998, exploring the root causes of this strange phenomenon has been one of the most significant research topics for physicists and astronomers all over the world.

According to the latest research,The current universe contains only about 4% of common matter and 23% of dark matter, while the remaining 73% of the energy components are provided by the mysterious dark energy.

Although the nature of dark energy has not yet been revealed, astronomical observations show that dark energy fills the universe and there is no known interaction between dark energy and other matter except gravitation.

Dark energy density is very low (about 10-27kg / m3), but it is the pushing behind the expansion of the universe!(This refers to the generalized dark energy, which includes not only the energy components with negative pressure, but also the cosmoscopic correction gravity effect.)

Dark energy is like a ghost in the deep universe (several typical dark energy models are named as ghosts, ghosts, elves, etc.) that can not be seen or touched, but it influences and even determines the evolution and destiny of the universe. It can change the geometric properties of space-time, but also dominate the galaxy in the universe distribution and evolution. 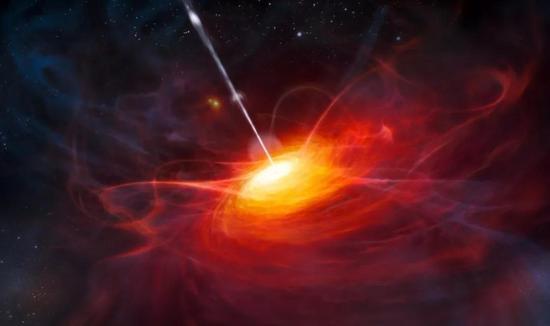 Currently the largest galaxy in the world is on tour"Expanding Bass Sonar Surveys" of the Sloan Phase IV (SDSS-IV) (eBOSS; 2014-2020).

The project relies on a 2.5-meter optical telescope located in New Mexico, the United States, to observe a variety of types of astral stars from the Earth billions to tens of billions of light-years. By analyzing the three-dimensional distribution of these samples, we can extract two core information closely related to the nature of dark energy:Baryon Sonic Wave (BAO) and Redshift Distortion (RSD) signals. 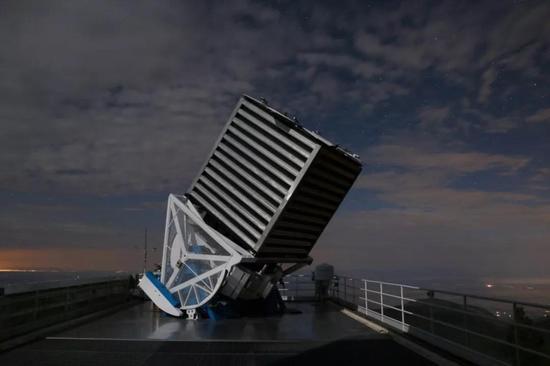 Basso Acoustic Waves (BAO) is a measure of the geometry of the universe and can be used to measure the expansion of the universe by measuring its agglomeration. It is a unique three-dimensional mass formation of celestial bodies formed by the interaction of photons and baryons in the early universe.

Redshift Distortion (RSD) is another special three-dimensional formation of celestial bodies that can measure the rate of mass-density disturbance growth in the universe. It is due to the celestial bodies under the action of local gravity caused by an apparent anisotropy.

Scientists use a new approach to simultaneously measure BAO and RSD signals at key moments in many cosmic evolutions.

Based on this measurement, the eBOSS team announced that the confidence level of dark energy is 7.4 standard deviation! This means that the currently observed dark energy signal is 7.4 times its statistical error, whereas according to the standard of physics, signals with a standard deviation of 5 normally can be regarded as "discovering" new physical phenomena.

Therefore, this result is a strong observation of the existence of dark energy. This is also the current dark energy observation limit based on the highest accuracy obtained from galactic surveys.

In the next 5-10 years, the eBOSS team and future large-scale galaxy surveying projects such as DESI and PFS will conduct full-scale CT scans of the universe with greater precision in the universe, accurate measurement of the equation of state for dark energy, etc. Key cosmological parameters reveal the mysteries of the accelerating expansion of the universe.

Related news
[Tips] How to force Chrome theme of Chrome 74 on Windows 10
HIV CURE FOUND
Hot news this week
***
Samsung will invest more than $5.7 billion in NAND flash chip production line in hanzeng
Huawei TSMC hired two white house lobbyists for its second largest customer
The first millet mobile phone in India! Xiaomi, head of India, remembers Mi3: the first sale of secku's e-commerce system collapsed
A wallpaper makes Android phones crash: it's the color gamut
Xiaomi 618 many new products presale redmi display 1A 23.8 inch price 499 yuan
India mobile Q1 shipments out! Domestic mobile phone dominates Samsung's list
In tmall's selling of sexy products, the sales volume is more than 1 billion yuan. How can I achieve this?
Tesla's autopilot has to step through these pits before it can "roll over"
The essence of business war is to match resources
The most popular news this week
Twitter's new installations hit a record high as users looked for protests and covid-19 news
US government adjusts restrictions on Chinese flights to and from the US
Motorola releases 2 entry-level smartphone Moto G Fast and Moto E
Apple launched a new open source project to facilitate password management App create strong passwords
Bosch creates a new system help connect to help motorcyclists get help faster
Old users don't have to know that wechat has so many practical skills
Old users don't have to know! There are so many practical skills hidden in wechat
Dada group's U.S. listing: nearly 30% drop after opening
Sa Beining was the first "public wake-up officer" in Alipay: providing a all in one service for liars from prison to program.
China Mobile publicizes the progress of rectification: a large number of offline packages to solve the selection problem