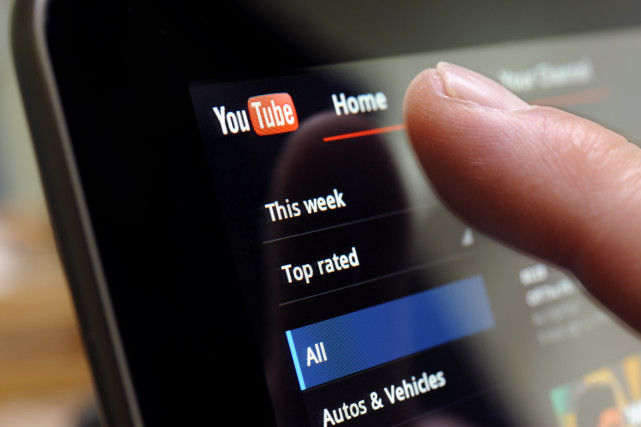 However, according to foreign media latest news, Google and YouTube in this wave of ups and downs, the performance is not active, Google strictly control the scale of investment, film and television original investment this year, only a few hundred million US dollars.

Hundreds of millions of dollars a year of investment can only be described as "poor". Apple has not had an online video service yet, but Apple is ready to invest $ 1 billion this year in film and television. In the past six months, Apple recruit a large number of film and television professionals, the other continue to spread the news of investment projects.

According to Bloomberg website reported on February 24, in this round of expansion of technology companies to Hollywood, Google and YouTube are "suspended under the key &".

Informed sources said Google has asked YouTube in the next two years of original film and television investment to maintain the current level. This has caused Hollywood producers to question YouTube's strategy.

According to sources, in 2018, YouTube invested only a few hundred million dollars in original films and television dramas.

YouTube Chief Commercial Officer Robert Kyncl told Bloomberg that the original content is a key driver for YouTube's paid video service and that YouTube has made original photography plans this year and next, but the top executive has not commented on the budget and investment.

From China to the United States, Internet companies entered the field of original movies and original videos, such as the variety shows invested by Chinese Internet companies, which triggered massive clicks and consumer reviews on the Internet, which even surpassed those of traditional television stations.

In the United States, Netflix is ​​the most active company of original video. Last year, Netflix spent $ 6 billion on various TV series and films. Netflix has relied on a rich source of video to pioneer paid video services and now has global coverage to become the world's largest copyrighted video service.

Netflix's huge success as a model to encourage global Internet companies to enter the film original, open up video members. Amazon is stepping up to catch up with Netflix in its original budget, the Oscar for the Emmy Awards and others. Amazon's paid video service also covers many countries in the world.

Google's acquisition of YouTube became one of the most successful deals in the history of the Internet. Currently YouTube has become the world's monopoly video sites, most of them are original videos of low-quality Internet users, although the production quality is poor, but the content is all-encompassing.

Last year YouTube revenue reached 15 billion US dollars, but mainly from video ads. Currently, Google and YouTube are preparing to transition to a paid subscription model.

Recently, YouTube has just announced a monthly subscription fee increase of TV channel service from 35 US dollars to 40 US dollars. It is estimated that YouTube lags behind rivals such as Sling TV on TV channel subscribers.

Earlier, several media also reported that YouTube is preparing to launch an independent paid music service this year, and YouTube has already signed copyright agreements with some music giants.

It should be pointed out that in the music streaming service, Google has a product confusion, the problem of insufficient market share, Google launched two music services with Play and YouTube, but YouTube also added another service, which allows consumers More unknown on the inside.

In addition, in the original field of film and television, another Internet giant Facebook has also remained cautious, the company is not prepared to Netflix, Apple, like "big spenders", but more rely on ad sharing mode, free access to high-quality video content, but this Whether the idea of ​​reality can be realized remains to be seen.

Related news
Hot news this week
Wechat has not done this function for N years! Use this app to make up for the defects of wechat
Microsoft official free data recovery tool windows file recovery experience
IPhone 12: it's more like throwing away the charger
Gree's response to "being disqualified from winning the bid": a mistake made by the bidder in sorting out the materials
Apple wants to know: what do you do with the charging head of the old iPhone?
Tencent magic change Yang surpasses video self mockery: I'm a simple and honest fake spicy sauce lost 16 million
Luo Yonghao comments on ideal one: Tesla Model 3 is not a car of a level at all
A 400-brand evacuation Facebook： the internet giant strangled?
How long can "Laoganma" carry on after winning Tencent?
The dotcom bubble? U.S. technology stocks surpassed their 2000 highs relative to the S & P 500
The most popular news this week
Huawei said pressure from the United States may delay the deployment of 5g in Brazil for several years
YES! picture glory, AMD china headquarters building across the sky :7 nm sharp dragon version MagicBook is coming?
12 core 24 thread 3899 yuan amd sharp dragon 9 39000xt
Developers open source a tool to turn Ubuntu into a rolling update
Yijia returns to the affordable mobile phone market! Nord announced: see you on July 21
Alibaba cloud IOT and tmall Genie jointly set up "Ali aiot innovation center"
IPhone 12 series case exposure: Design reproduction of apple 4
Galaxy A71 of Samsung 5G UW models will provide Verizon users with a millimeter wave experience
Nord announced: see you on July 21
More focus on the design of Internet of things