Recently, the major platform have announced this year red war fighting, as CCTV exclusive partner of Taobao Spring Festival Gala dog is very embarrassing. From the influence, reported in the two year of red war, hero WeChat, Alipay is still hard, some reports even without Taobao in statistics. 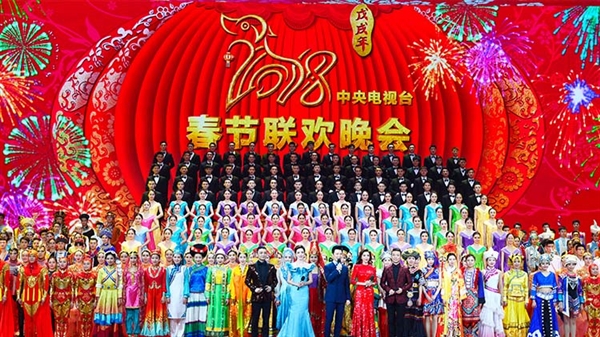 Why does the Taobao Spring Festival red packet are not successful?

In early 2014, WeChat launched the red envelope application, which became popular during the Spring Festival and was called by Ma Yun.

In 2016, Alipay took 269 million yuan in cooperation with CCTV Spring Festival Gala. During that time, Alipay had sex with each other 324.5 billion times, reaching a peak of 21 billion per minute at 21:09. Although the move did not in any way shake the social status of WeChat, But it was a good deterrent to WeChat Pay's aggressive offensive.

The data that is open after the Taobao Spring Festival Gala this year seems to be unsatisfactory both in effect and in interaction.

According to the data released by Alibaba, more than 100 million households participated in the interaction between Taobao and Taobao in the Spring Festival Gala. They were distributed in all parts of the country and 212 countries and regions in the world.

The above figures look good, but considering the radiation force of CCTV Spring Festival Gala, and more than 60 Spring Festival Gala stars, such as Jay Chou, Tfboys, Liyan Tong and so on, this is not bright or even gloomy for their daily life, which has already been over billions of Taobao.

With regard to Taobao's strategic objectives,

But more than ten days after the Spring Festival Gala ended, Taobao was not officially released.

In contrast, as supporting Alipay and WeChat, the year during the Spring Festival the data is much higher than Taobao.

Who caused the embarrassment of Taobao?

The year of the monkey, WeChat, Alipay has invested heavily in cooperation with CCTV, have proved that the strategic significance of the new year's Eve Gala to seize the heights.

Although this year Taobao did not openly cooperate with the Spring Festival Gala. 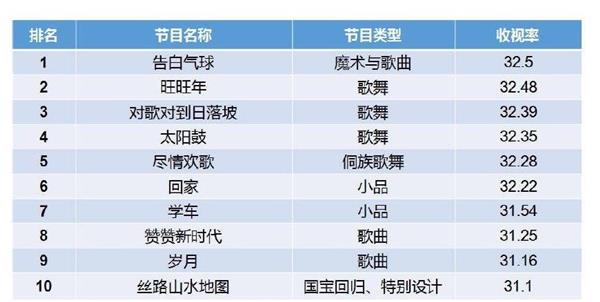 First of all, we look at the trend of CCTV Spring Festival Gala ratings.

According to a recent public CCTV Gala TOP10 ratings, the year of Spring Festival ratings compared to previous years did not appear large fluctuations. Therefore, the effect of the Taobao spring evening red packet activity is not ideal, and the relationship with the Spring Festival evening itself is not big.

Secondly, we look at the dog to red heat user.

On the eve of the new year's Eve, 688 million people on the WeChat platform used WeChat to send red packets, and the number of participants increased by 15% over the previous year. Alipay platform 251 million collect Wufu, 500 million yuan share. During the period of QQ, 4 billion 450 million red packets were sent and received. On the day of new year's Eve, 166 million users participated in the red packets.

Although there have been a lot of complaints about the voucher problem in recent years, according to the above data, the enthusiasm of the New year's Eve users to grab the red envelopes has not decreased significantly.

Why is the dog show failed to Taobao to bring the desired results?

Three reasons why Taobao failed to win a victory

The dog show Taobao did not reproduce past results, since it is not CCTV ratings, user input is not enough heat as well as the problems, what are the reasons?

First, the platform attributes are made.

On the contrary, Taobao is a business platform, so in the Spring Festival Gala red in the game is not the easy way out, coupled with the pre marketing guide is not doing enough, leading to a lot of people during the Spring Festival to open Taobao will not high.

Second, the play is too complicated.

The year of the Dog Taobao red envelope distribution of play, compared with previous years

In the Spring Festival evening red play can use three words to generalize the previous two compared to the year of the dog Taobao red gameplay is apparently more complex.

As many friends laugh, the Spring Festival evening rush red not seriously. It seems that the giant Spring Festival tycoons spend billions of dollars each year, and the average is just a few yuan in the hands of the users. Therefore, how to make use of the atmosphere of the Spring Festival is very important to achieve the marketing goal with the least money. On this day, in addition to the direct payment of cash vouchers, any kind of red envelopes are thankless.

Taobao as a business platform, distribute all kinds of vouchers is clearly the most cost-effective business. During the Spring Festival, Taobao payment to the user value of 1 billion red envelopes, vouchers and more real rights, commodities.

The three reasons lead to Taobao, which takes up the day and earth factors of the CCTV Spring Festival Gala cooperation, but because of the wrong marketing thinking, it leads to the loss of people and people.

It can be said that the reason the red Taobao Spring Festival Gala in general more out of their own, not because of external environment variation.After all, in the New year's Eve everyone is waiting to rob red envelopes, Taobao issued a pile of vouchers or items, not only failed to achieve

If Taobao, do a little shift in thinking in the Spring Festival period, each red envelope can be reflected during the release of cash, users receive a red envelope, will pop up ranging from the amount of vouchers as

The Spring Festival is still in the red marketing tool of the moment, from the user point of view, in the play the bother, really play the national psychological look forward to the spring festival celebration, the way to do marketing is king. 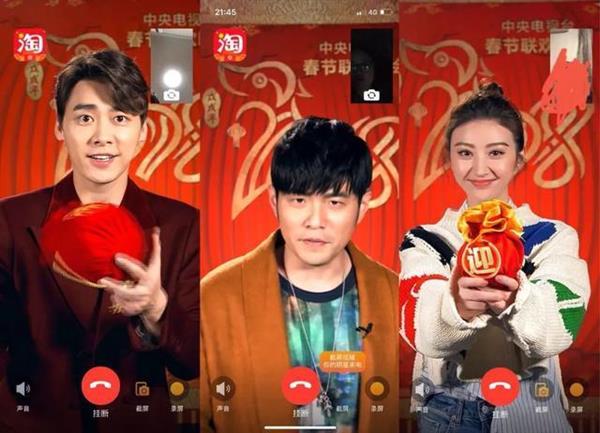 Related news
1 billion of cash red envelopes in the Spring Festival Gala: Super Baidu and Taobao
2 billion! Taobao announced the biggest subsidy in the history of Spring Festival Gala: 50000 shopping carts will be emptied
Taobao and CCTV launched the first round of Spring Festival Gala: a "spring bowl"
Hot news this week
Wechat has not done this function for N years! Use this app to make up for the defects of wechat
Microsoft official free data recovery tool windows file recovery experience
IPhone 12: it's more like throwing away the charger
Gree's response to "being disqualified from winning the bid": a mistake made by the bidder in sorting out the materials
Apple wants to know: what do you do with the charging head of the old iPhone?
Tencent magic change Yang surpasses video self mockery: I'm a simple and honest fake spicy sauce lost 16 million
Luo Yonghao comments on ideal one: Tesla Model 3 is not a car of a level at all
A 400-brand evacuation Facebook： the internet giant strangled?
How long can "Laoganma" carry on after winning Tencent?
The dotcom bubble? U.S. technology stocks surpassed their 2000 highs relative to the S & P 500
The most popular news this week
Huawei said pressure from the United States may delay the deployment of 5g in Brazil for several years
YES! picture glory, AMD china headquarters building across the sky :7 nm sharp dragon version MagicBook is coming?
12 core 24 thread 3899 yuan amd sharp dragon 9 39000xt
Developers open source a tool to turn Ubuntu into a rolling update
Yijia returns to the affordable mobile phone market! Nord announced: see you on July 21
Alibaba cloud IOT and tmall Genie jointly set up "Ali aiot innovation center"
IPhone 12 series case exposure: Design reproduction of apple 4
Galaxy A71 of Samsung 5G UW models will provide Verizon users with a millimeter wave experience
Nord announced: see you on July 21
More focus on the design of Internet of things