Instagram "Growing Up": One-Third of American Adults Are Using 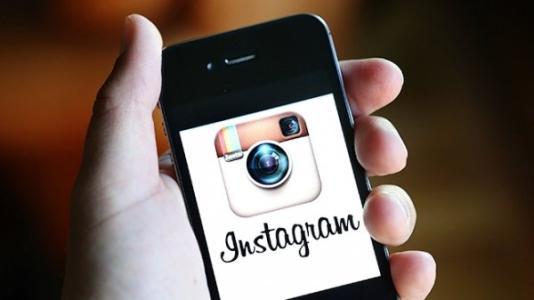 In the era of the smart phone, various social networks and mobile chat services have been clearly stratified by age. For example, Facebook is generally regarded as an intensive platform for middle-aged and old people and many young people even start to flee Facebook.

According to foreign media latest news, a recent authoritative opinion poll shows that in the U.S. market, the mobile phone photo sharing tool Instagram's user age bracket is on the rise and one-third of American adults use this service.

According to the U.S. technology news website TheVerge, Pew, one of the nation's leading pollsters, conducted the survey. The survey also revealed some interesting information about the social network.

Instagram belongs to the social networking giant Facebook, users can use the phone to shoot a variety of photos, upload to Instagram, and friends, fans to share and exchange. Instagram has long been out of the United States to become a global mobile social network, with hundreds of millions of active users.

Many of the previous reports have pointed out that Facebook is currently the world's "social network for all ages" and that many middle-aged and elderly people have become Facebook users. This phenomenon has also led some young people to flee Facebook, and they are unwilling Share a social platform with your own parents and even grandparents.

Facebook products have also experienced a certain amount of aging. In the past few years, the Facebook platform has started to focus on online video. In addition, it has also provided aggregate services for external news, and views have retained young users.

Pew survey shows that Pinterest's adult coverage in the United States was 29%, Snapchat coverage was 27%, LinkedIn is 25%, Twitter is 24%, Facebook's world's first chat tool WhatsApp, coverage is only 22% %.

LinkedIn, a U.S. white-collar social networking site affiliated with Microsoft Corp., is targeted at professionals and workers but only surprisingly covers only a quarter of adults in the United States.

It should be noted that both Twitter and WhatsApp are global social networking services. With more than one billion users worldwide, WhatsApp is a global monopoly chat service in more than 100 countries. In the US market, these two products are relatively young user base, but this does not mean that the global market as well.

Among the various social networks Pew investigated, Twitter is currently stuck in the dilemma of user growth mainly because of its micro-blog's product design is accused of being too niche, difficult to use, as Facebook can not become a suitable product for all ages. In the past two years, Twitter has taken a number of product innovations, including changing the posting length from 140 characters to 280, but it has been largely ineffective.

Pew reports indicate that young people often choose a small number of social networks, frequent use. For example, among the young people aged 18 to 24, 78% of users use the chat after-hours chat tool Snapchat, 70% of them log in to the software several times a day. In this age segment, 70% of users use Instagram and 45% of users use Twitter.