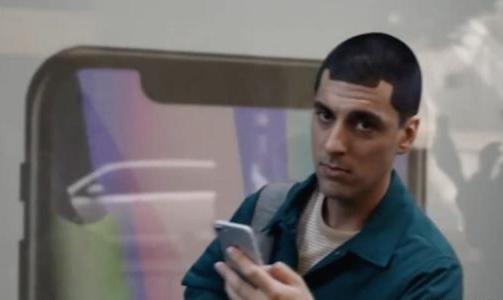 Still remember that last year after the release of the iPhone X, Samsung specifically shot the ridicule of Liu Haier screen advertising? Perhaps this year, Samsung's taunting objects will become more. Although the Samsung S9 has not changed much from its predecessors, it is as if the Samsung spokesperson at the press conference two days ago had said that at least this phone is not awkward; Qi Liuhai & rsquo;. ”

As the undisputed hegemony of smartphones, Apple has always been the best indicator of the market. For many manufacturers, when you don't know how to seek a breakthrough in design, you can't be wrong with an iPhone. At the same time, the iPhone is also a model that many mobile phone manufacturers have compared at the press conference (usually all slapsticks).

Last year, the iPhone's Liu Hai'er screen was once the subject of ridicule by countless mobile phone companies. However, friends and traders often say that they don’t want to say anything, but their bodies are very honest. A few months ago, everyone was still ridiculing the ugliness of Liu Haier's screen, but now they have started to fight "hairstyle".

Recently, a media colleague released a data. According to incomplete statistics, in addition to the iPhone X, there are already more than 20 mobile phone manufacturers will adopt the design of "Liu Haier screen", some of which we have Well-known big brands. It can be foreseen that the next few months will be an important comparison indicator for each mobile phone brand at its own new machine conference. It will be from which person's screen ratio last year has become more & ldquo; Liu Haier& rdquo; ;Shorter.

Follow the trend is not a fun thing, see these are already on sale, or will be on sale, "Liu Haier screen" new machine, there will always be a kind of people feel that the smart phone market is in a state of slight pollution.

Full screen is favored, and more users now prefer screen-heavy mobile products. In order to follow the full screen pace, the iPhone had to replace the ID design that had been used for many years. If you simply use the 18:9 screen and narrow the border, it is obviously not Apple! Thus, there will be the emergence of Liu Haier screen.

Regardless of whether or not iPhone X's "Lou Haier" looks good, it does make eye-catching and special enough. Over the past few months, although the sales volume of iPhone X has not reached Apple's expectations, it does not affect the follow-up of its design. 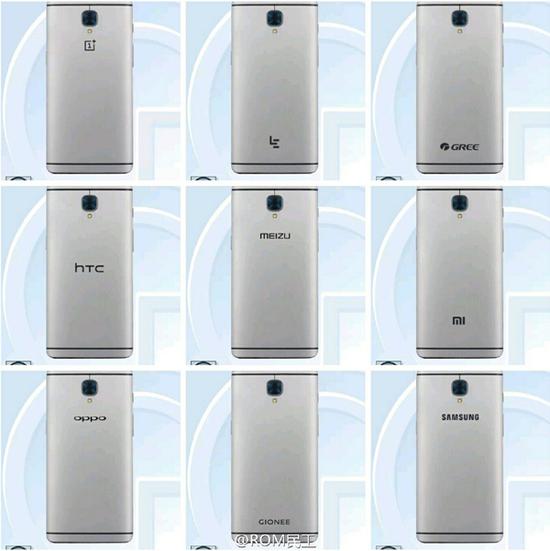 However, differentiation is risky. Every attempt to differentiate is in gambling, betting on whether the betting design can be accepted by the mass market. For example, the curved screen design of Samsung and the comprehensive screen design of Xiaomi MIX have all successfully led the trend of the entire market and have also elevated the brand's industry status to a new height.

However, compared to the successful cases mentioned above, MOTO's modularity, Meizu Pro 7's painting screen, and ivvi's naked eye 3D seem to be unsatisfactory, and a series of differentiating explorations did not produce the expected results.

Therefore, each step of the iPhone naturally becomes the best target for the mass market. Especially in this year Liu Hai'er screen is likely to become the mainstream trend of the entire smart phone market. Just like Marcel Campos, Asustek's global marketing director, said in his "Ye Haiping" ZenPhone 5 release: "Some people will say that this is plagiarism, but we cannot deviate from the needs of users. You must follow these trends." ”

Of course, "Liu Haiping" "Become Inspur can not completely blame the mobile phone manufacturers, after all, the vast majority of mobile phone manufacturers at this stage still have to look at the trend of the upstream supply chain. Previously, the industry has been rumored that only a relatively high price of OLED screens can achieve "Liu Haiping", but the appearance of the Asus Zenfone 5 has proved that LCD screens can also achieve the standard "Liu Haier", which is also followed by The vendors further removed psychological obstacles.

When the entire supply chain is more inclined to Liu Haier screen, to ensure their own capacity is sufficient, it can only follow the general direction.

Andrews's "Lou Haier" is how big is it?

At present, the trend of "Liu Haier screen" has been irreversible, so we may wish to care about whether Android manufacturers can use this hairstyle.

First of all, it can be found that current Android phone manufacturers who use Liu Hai'er screen still retain a wider chin, which may make it difficult for many users to accept. Why does Haiping use such a wide chin?

This is because of cost considerations. At present, most Android mobile phone manufacturers are far from the iPhone's level in terms of brand premium, so strict control will be imposed on the cost. 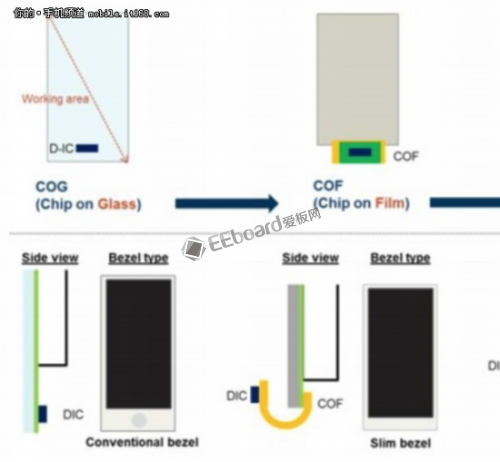 At present, the packaging technology of the global mobile phone screen can be roughly divided into three categories: COG, COF, and COP. Among them, COG has the lowest cost, such as the low-end full-screen products such as Red Rice 5 released last year. Because the COG package is to extend the driver chip on the screen directly from the screen and place it inside the chin of the mobile phone, this also results in the chin of the mobile phone being too large.

COF packaging technology places the chip on the glass backplane on the screen line, which can be flipped directly to the bottom of the screen, thereby greatly reducing the space at the bottom of the phone. This is the charm of blue Li Nan said "true & middot; full screen". For example, Samsung's S8, S9 series and Xiaomi MIX 2 use this technology. However, this technology will greatly increase the cost of mobile phones due to the use of flexible screens.

The iPhone X uses a more advanced COP packaging process. This is to fold all the drive elements down to the bottom of the screen, thereby further reducing the chin space compared to the COF package. However, due to the high cost and yield problems of such technologies, only the iPhone is in use. Even Samsung, the technology provider, does not currently use this technology.

In addition, it is the adaptation of the software ecosystem.

It has been half a year since the release of the iPhone X. However, the outside world has seen that even if it is stronger than Apple's giant who has the absolute right to speak in the iOS software ecosystem, there are still many applications that have not yet been adapted to Liu Hairen's screen.

Regarding the 18:9 screen, even if the APP does not support it, the manufacturers can complete the "adaptation" by force-stretching (although the effect is not good). However, it is not appropriate to use such crude methods for Liu Haiping. Not long ago, many of the displays that we saw on the MWC2018 using Liu Hai'er's screen did not fit well into this form, resulting in many of the APP screens that were supposed to be properly displayed being obscured, greatly affecting the application experience.

In fact, from the perspective of native Android's ecology, on the Android 8.0 that is not yet widely available, Google does not support the design of Liu Haier's screen at the bottom of the system. The approach adopted is to adapt the top Liu Haier design similar to iPhone X to the next generation of Android 9.0 (ie, Android P). 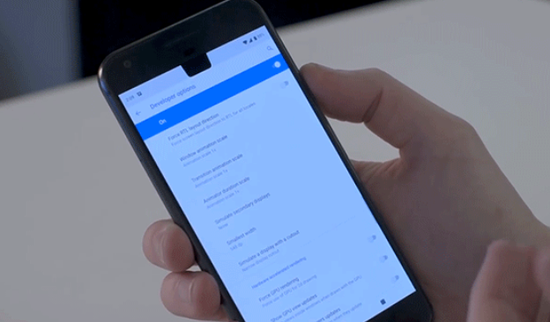 The vast majority of mobile phone systems currently in use on the market are mostly stuck in the Android 7.0 generation. The next release of Liu Haier's new screen will only be equipped with an Android 8.0 system. In this way, even if the manufacturers will optimize their own UI, but under the premise that the entire system does not support the underlying, it will make people worry about their software ecosystem adaptation.

On the other hand, the “Liu Haiping” trend has revealed a problem. Although the smart phone market has continued to improve in recent years, the brands that can really drive the development of the industry through technological innovation are still a few. Most manufacturers will still selectively abandon part of the design for considerations such as cost, profit, and production capacity, or even fully delegate to ODM vendors.

This point is the helplessness of the manufacturers and the sorrow of users.

The chasing wind will not make a big mistake, at least the probability of mistakes is less than innovation, this situation may still continue in the smart phone industry. Occasionally jumped out of the design, once the user's approval, it will become a brand in the short term to climb or even determine the market ranking determinants. I just don't know which mobile phone maker this jump was on.