Because this UI change involves the change of the basic Windows interface such as "window". In the previous UI changes, Microsoft often just modified the tile and window styles, but the architecture of the window did not change significantly. In Win10 RS5, Microsoft finally had to cut the window.

After upgrading Win10 RS5 Build 17618, you can immediately experience the changes brought about by Sets. Opening Explorer will give you a feeling of mistakenly opening Edge.

There is an additional tab bar at the top of the new explorer.On the left is the "Last tab page" button, the middle is the currently open window, and the right is the "+" button. Obviously, this is used to create a new window.

Clicking on the "+" button will automatically pop up the Edge homepage. That's right! Not "Explorer" nor "Quick Access" but E...d......g......e! This is somewhat inconsistent with the common sense, under normal circumstances it should show a new page of this application. 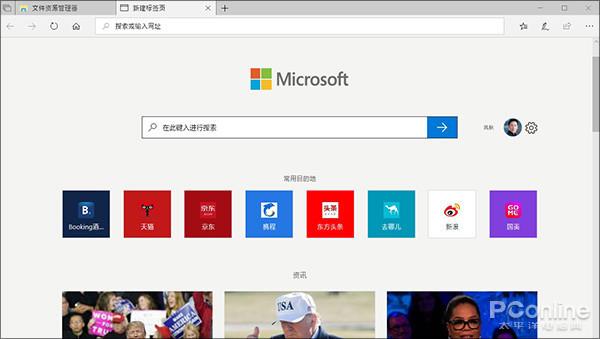 The support for opening tags is also limited. You cannot right-click, cannot sort, merge with other windows, or even open the second tab of the current app in the same window....

That is, it does not support all the operations related to multiple tags. The only explanation is that the current SETS is still in the test period, and functional transplantation still takes time.

In addition to UWP, SETS also appears in some simple Win32 applications, such as Notepad, PowerShell, etc., can see the new tab bar. However, third-party manufacturers are not yet ready for access. As for special applications such as Office, Photoshop, and drawing, there is no shadow of SETS. 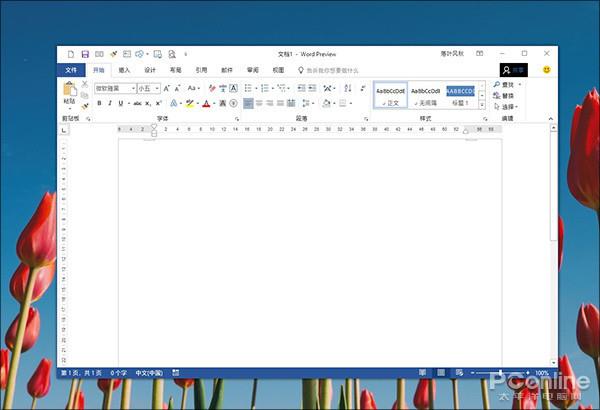 The intention of Microsoft's launch of SETS is to provide a one-stop channel for documents, web pages, search, and applications. Make Office, Windows, APP, and Edge more integrated, resulting in a seamless application experience for users.

In all fairness, this is a very advanced UI concept, but the current preview does not see any changes.

In short, SETS in Win10 RS5 preview is still in a very early state, and it can hardly see its usefulness. And the author did not find a switch to turn it off. It seems that it will take a while to fully experience it.