HTC: How can we help ourselves? 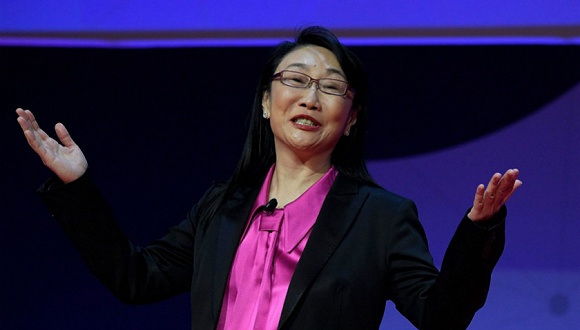 The loss of HTC for fifteen consecutive quarters is somewhat loss-ridden. Of course, there are still some highlights. For example, the Q4 hit a record high in losses, but after the publication of the financial report, it has increased dramatically.

In fact, in January and February of 2018, HTC still maintained a downward trend in revenue (15.3%, 23.2%). Not surprisingly, Q1 revenue in 2018 will set another record low (HTC will sell most of the assets of the smartphone business to Google at the end of January this year, and related profits will be included in the first quarter of this year).

Vive PRO was launched in April only after the VR headset was released. The U12 series mobile media is expected to be officially unveiled in May.

Murphy's law is once again fulfilled on the HTC, afraid of losses, the more profits it pursues, the more revenue declines.

Is it really urgent to have money in your pocket?

After HTC announced that it had reached a deal with Google, Zhang Jialin, president of HTC's smartphone and Internet equipment business, had retired due to "personal career planning" and organizational restructuring had integrated the mobile phone and VR business.

The VR plate is too small, and the weakening of the mobile phone business will inevitably directly affect the revenue, and it is reasonable to continue to decline.

It is puzzling that HTC has been selling and selling fixed assets (for example, 6.3 billion sold in 2017 in Shanghai) but has not used the money for investment. Even if current assets (cash) continue to be used to make up for the loss, HTC is still holding 38.4 billion Taiwan dollars (about 8.27 billion renminbi) as of Q4 2017.

The idea of ​​using money to produce money is not established here.

On June 15, 2017, HTC CEO Wang Xuehong was questioned by a senior shareholder of 80 at the shareholders meeting. "Do you have any strategy to get the company back on track?" ”

Wang Xuehong responded, "I feel sorry for the company's failure to make a profit. It has been two years since I took up the position of CEO. I firmly believe that in the third year, HTC will certainly bring satisfactory results to shareholders." In 2015, Wang Xuehong took over the post of HTC CEO. If he does not want to be beaten, 2018 is the "due period".

Of course, hurry, and therefore whether it is a mobile phone or VR business, HTC's core idea is to pursue profits. However, looking back at the past, high-priced mobile phones, high-priced VR hardware, and desperate efforts to find B-side customers did not save HTC.

Whose pots are contrary to wishes?

The biggest problem with HTC is that it has not changed the “very high” problem, product pricing has derailed from the actual development of the market, and it has always indulged in the glory of the past. The mobile phone business is also the VR business.

On many occasions we can always see HTC advocating ourselves as a leader in the VR industry. It is true that HTC Vive was once regarded as the best performance among the three major first-generation products, and it also received a lot of offline VR experience shops. Order.

Whether it is the Vive X accelerator program or the VRVCA fund, HTC did help some excellent VR/AR startup teams to expose and gain capital favors, which contributed to the development of the industry.

However, "proud" HTC's pursuit of profitability, always lagging behind the competitors' price cuts, tips and content support so that it gradually lost the industry's dominance.

Regardless of more than four times sales of PS VR in 2017 (2 million VS 50 million), Valve released the February 2018 Steam Hardware and Software Survey report that Oculus Rift's market share in Steam reached 47.31 in February 2018 %, while HTC Vive’s market share is 45.38% (previously HTC Vive was ahead of Oculus Rift). At the same time, the market share of Microsoft's MR headline has also expanded to 5.35%.

The B-side market development capability that HTC was once proud of was also seriously threatened by domestic VR hardware manufacturers. Offline shopkeepers favored devices such as VR, Pico, and 3Glasses. The industry solution is also a situation where there is a lot of hardship and the price war.

It stands to reason that the status is insecure and the enemy is strong. It should be adjusted in time. The HTC did not disappoint everyone and continued to maintain its inexplicable high profile.

In 2017, the Vive Focus all-in-one set released in dual 12 was priced at RMB 3,999, and the upcoming Vive PRO on April 5 was priced at RMB 6,488 (more than 11,000 for the positioning and controller system), which once again caused the industry media to criticize.

In 2017, hardware manufacturers including Oculus and HTC competed to launch their own VR all-in-one. This was mainly due to the current bottleneck in the development of PC VR devices. The iteration of performance and the change of product form take a long time. The increase in resolution alone is not enough to satisfy the consumers. At the same time, the production process cannot meet the demand for substantial price reduction.

The VR all-in-one machine is the result of a compromise between portability and price at the sacrifice of a part of performance. Compared to PC VR, the lower price is better than the experience of glasses box and Gear VR. Oculus has been skeptical and shouting. VR one is the future of opening the consumer market.

However, compared with Oculus and Xiaomi, they are ready to open up the market for the yuan machine. The price of Vive Focus 3999 yuan is hard for consumers to pay for it.

On the other hand, Vive PRO, as its name implies, is not a true second-generation product. As mentioned above, there is no other major breakthrough in simply increasing the resolution. At the same time, it is obviously not acceptable for C-end users to continue to maintain high prices.

At this stage, the experience of VR hardware devices and content is still not up to the standard, nor is it just like the mobile phone is just a consumer group, insisting on high prices, no doubt bound themselves. This is also a common problem encountered by VR/AR. For example, AR glasses with tens of thousands of prices are actually more used in industries and other fields.

In summary, HTC has not been able to get rid of old problems. 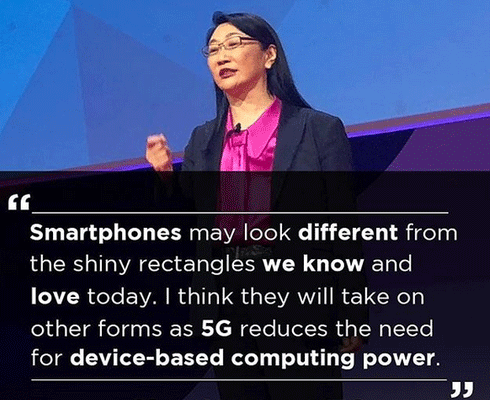 In the recent MWC (World Mobile Communications Conference) special speech held in February, Wang Xuehong stated that Vive Reality will combine VR, AR, 5G and AI. The combination of cloud computing and 5G transmission speed can transform each AR and VR terminal into a powerful computing device (also known as MR). By then, smart phones may no longer be familiar to everyone, and may become the shape of glasses, allowing a large amount of information to be sent to the eyes through 5G transmission. Then HTC's official Instagram account also forwarded this view.

The merger of mobile phones and VR services also confirms that in the future vision of Wang Xuehong, mobile phones and MR devices will eventually merge into one. In 2017Q4, HTC's operating costs fell from NT$5.9 billion a year ago to NT$4.7 billion, and R&D expenditure was flat in the same period of 2016. This also means that the R&D investment of the original mobile phone business was partially increased to the VR business.

All in VR is not necessarily wrong, but you can't help yourself.

Related news
How do you fight Facebook?
Hot news this week
LG double screen mobile phone accessories ads lead to criticism: abnormal old man steals photos of beautiful women
Welcome to zen3! ASUS serial 11, three series AMD b550 motherboard
Microsoft speed! Windows 10 2021 will come next month
Seven manufacturers, such as Xiaomi, oppo and vivo, are too slow to join the mutual transmission alliance? On the spot
Three generations of sharp dragon make new! Amd ryzen 7 3750x / 3850x exposure: 105W super frequency little prince?
Intel updates Wi Fi and Bluetooth drivers for windows 10 systems
What does Huang Zheng want to say about the sudden change of letter style from pinduoduo to shareholders in 2020
LG Electronics will move two TV production lines from South Korea to Indonesia to improve global production efficiency
48 million main camera 120 Hz screen Redmi the most affordable 5 G mobile phone on the shelf :1799 yuan
I'm a Tesla leek for musk
The most popular news this week
Meizu 17 aircraft carrier limited edition is on sale today: the official promo is on fire!
Microsoft edge browser ushers in "surfing the Internet" game
Lu Weibing: Xiaomi is a global operating company, the European market has resumed 85-90%
Lenovo's new true wireless headset has a patented exposure profile similar to airpods
Nintendo sent a video review of "the collection! May in animal friends Society
Mozilla, reddit and twitter are calling for legislation to protect the privacy of Internet browsing
NASA's Mars rover will be equipped with instruments called Sherlock and Watson
What is the competitive advantage? Comparative analysis of Pixel 4a and iPhone SE 2(figure)
What great events have taken place in the field of space and space since the ten-year gap of manned flight in the United States?
Oakes was awarded compensation of 40 million yuan to Gree Dong Mingzhu: it is suggested to crack down on this "patent hooligan"