To be cheaper, Apple will make iPhone 6s Plus in India

According to reports, Apple's only assembler, Wistron, in India, has already started the iPhone 6s Plus trial production phase. This means that this old iPhone model that has been released for nearly three years is expected to be produced in volume in India soon. 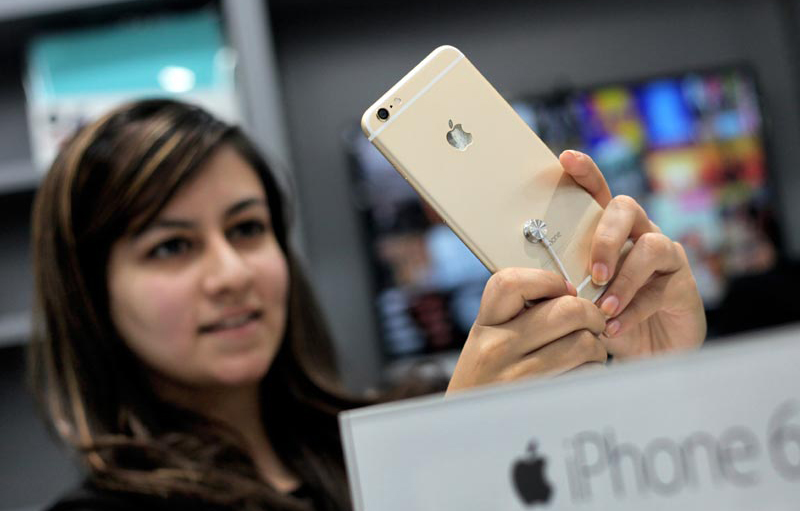 As we all know, both last year and this year have confirmed from the Taiwan supply chain that most orders for Apple's iPhone SE product line will be handed over to Taiwan's Wistron for production, and Wistron will build this production base in Bengaluru, India. It will be regarded as one of the most important production bases. It will also expand as needed during the next five years and increase production capacity by two or three times.

A few days ago, according to two senior industry executives quoted by India’s “The Economic Times”, Wistron claimed to have opened a new production line for iPhone 6s Plus in its iPhone SE production base in Bangalore. Mass production is expected to begin in the next few weeks.

Seeing Apple continue to mass production of iPhone 6s Plus, I believe many people do not understand this move. After all, the model is relatively old. According to the rumor, there will be three new iPhones released in the autumn. However, iPhone 6s Plus is still in the on-sale state, considering that Apple’s share in the Indian market is at the edge, so this move actually has some rationality. After all, the iPhone's price in India is higher for local consumers, especially with the cost of imports. As a result, iPhone sales are not as good as those of Samsung. If the iPhone can be produced directly in India, it will obviously reduce the price, and sales will benefit from more affordable. price.

To be honest, Apple does have a history of selling older iPhones in certain markets, especially in the Indian market. Apple sees it as one of the most important markets that need to expand its market share. Earlier data showed that in 2017, iPhone 6 accounted for one-third of local iPhone sales. At the same time, there is news that Apple and Wistron cooperation production base is only the beginning of the Indian manufacturing of the iPhone. Although some stocks still come from China, the iPhone “Made in India” will increase in the future.

"Times" magazine quoted this news that if the Wistron production base in India continues to increase production, then the iPhone 6s Plus's cost is expected to further reduce by 5% to 7%.

It is said that Apple is currently negotiating with other parts manufacturers such as Foxconn and other assemblers and hopes to continue to expand its business in India. Previously in India, Apple added two new supplier partners, namely Salcomp and Shenzhen Yutong Technology. The former provides adapters and chargers, while the latter mainly focuses on product packaging solutions. As a result, Apple currently has five suppliers in India, compared with only one a year ago.

According to previous rumors, Apple may launch "iPhone SE 2" at a certain time this year, and may hand it over to Wistron for assembly production in India. However, the possibility of this rumors is not high, because Wistron's production capacity at the Indian production base is currently not enough to meet global supply. Of course, the "Made in India" part of the iPhone is a good thing for Apple. Apart from reducing import costs, it will also be Apple's first Indian retail outlet. Before the Indian government demanded that iPhone must have 30% of spare parts purchased locally, so Apple's shop plan was forced to stop.