In comparison, although Apple's mobile phone also requires a $20 card opening fee, the 20-dollar option for refunding when you no longer use it looks really much better than Android users.

Recently, Huawei released the P20 series models. The majority of pollen rushed to each other and rushed to snap up. However, those who were lucky enough to grab the new P20 also had to face the dilemma of needing to re-open the card. 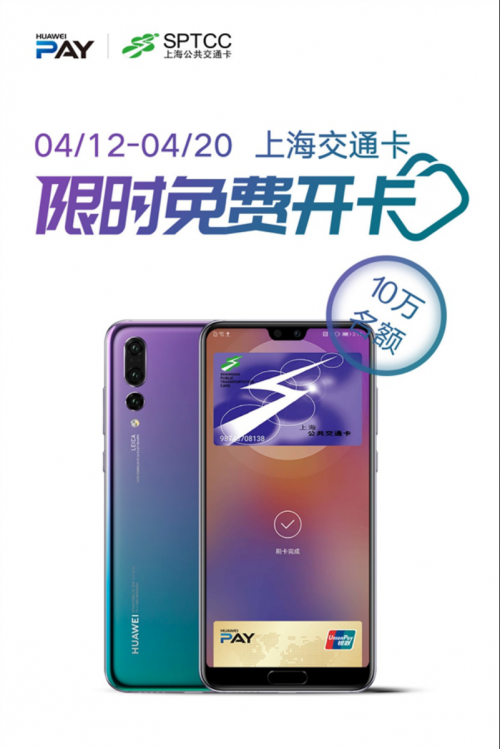 In order to alleviate the embarrassment of users, Huawei Pay and Shanghai Traffic Card Company launched a new round of free card fees activities today. The event is limited to the Shanghai area. By April 20th, Huawei Pay via Shanghai Huawei's wallet will open the Shanghai Public Transport Card, which will protect you from the 27-yuan opening fee, for a total of 100,000.

It is worth noting that this free card-opening activity is not limited to Huawei's P20 series mobile phones. All models that support Huawei Pay can participate.