Office 365 landed in China 4th anniversary, and it intended to use AI to empower China's productivity

On April 15, 2014, with the help of China's local partner Century Internet, Microsoft announced that its Office 365 cloud service officially landed in China; before that, Microsoft's Azure cloud service has also entered the Chinese market through Century Internet. With this announcement, Office 365 became the only international productivity cloud platform that landed in China and became the first cross-platform, cross-device productivity tool in China.

As of today, Office 365 has been in China for four years. 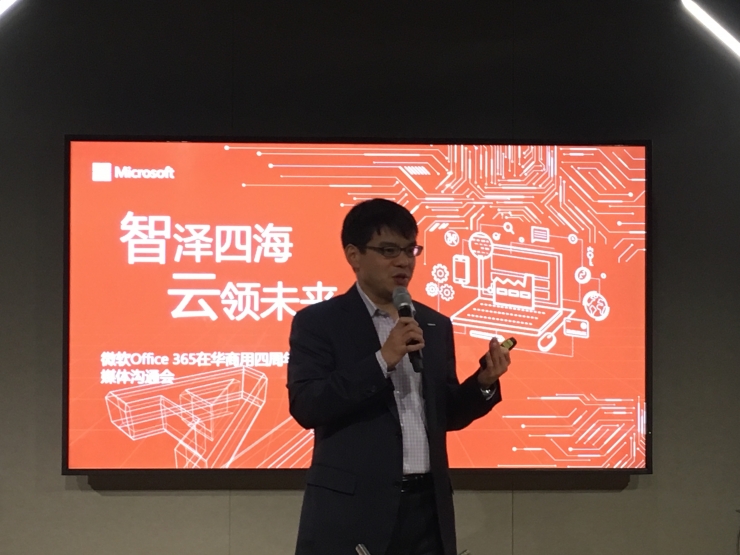 On the occasion of the four-year anniversary of Office 365, Microsoft announced a report card on it:

This sounds like a good result. However, Lei Fengwang (public number: Lei Fengwang) noticed that Microsoft did not explicitly point out what the contrast was based on the 400% growth rate, while 23% of the market share was still IDC data last year, and it was not updated in time; In terms of the number of paid customers Microsoft officially announced, it is more persuasive.

Lei Feng network learned that in order to allow Office 365 to better integrate into the Chinese market, Microsoft has done a lot of efforts. For example, family-oriented, educational, corporate, and non-profit organizations have launched multiple versions and services, promoted Office applications into multiple local app stores, and partnered with giants such as Huawei, Tencent, Baidu, etc. to promote them. … simply speaking Office 365 has made many localization attempts in China and has achieved good results.

However, among the many trials, the most important is that Microsoft officially commercialized Office 365 Micro Assistant personally announced by Microsoft CEO Staya Nadella at the 2017 Technology Ecology Conference. This is an intelligent office service based on the WeChat social platform. The only localized assistant that Office 365 builds globally. 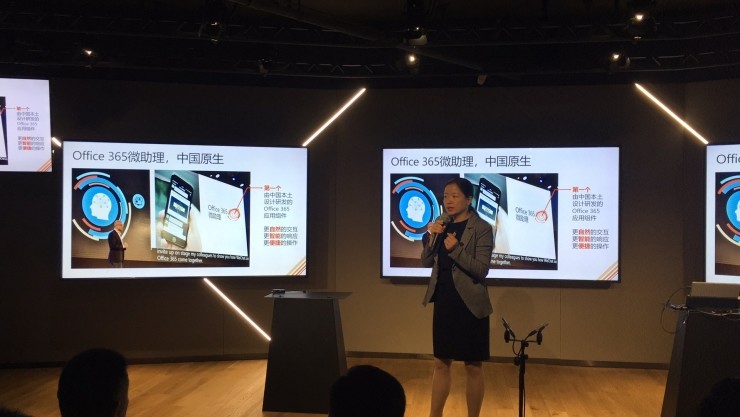 At Microsoft's headquarters in China, Lei Feng network also witnessed the use of this micro-assistance process demo, demonstration content including voice reply e-mail, template and icon search, automatic creation of slide show through face recognition, the overall impression is very natural, intelligent , convenient and easy to use. The relevant data given by Microsoft is: The number of monthly active users of Office 365 smart micro-assistants has increased by 55%.

Undoubtedly, AI has become the core driver of the development of Office 365. Today, according to Microsoft, Office 365 is one of the most widely used productivity platforms in the world. It is Microsoft that benefits people through artificial intelligence. The best stage.

According to reports, in the Office 365 smart micro-assistant, Microsoft has added AI capabilities in many aspects such as speech recognition, semantic recognition, and image recognition; and it has been integrated and brought in the entire Office 365 China edition. 53 innovative artificial intelligence features.

Also at the Microsoft China headquarters, Lei Feng.com has witnessed some of the new AI features added to Office 365. For example, in Word, automatic detection and full-text translation of foreign language documents can be performed, and speech-to-text writing can be performed; PowerPoint's new positioning and smoothing functions can help users create professional animation switching effects; Excel can achieve rapid information filling and Intuitive heat map rendering … & hellip; These features really make people see the magic of AI, make Office 365 more convenient to use. 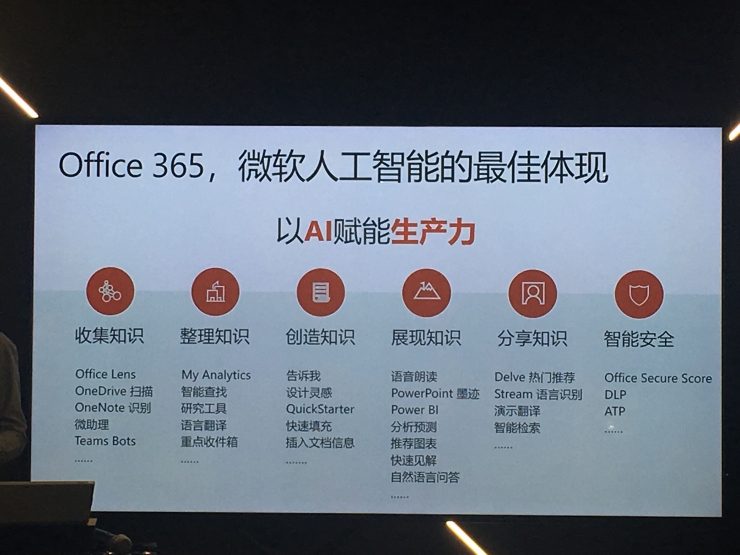 Unfortunately, due to the restrictions of related policies, some new AI-related Office 365 features cannot reach China in the first place.

With AI's blessings, and at the same time facing the digital transformation trend in the Chinese market, Microsoft China also launched Office 365 Cloud Enabling Strategy on the occasion of Office's tenth anniversary in China. Specifically, it is to take advantage of Office 365's dual advantages in global scope and in China. While helping Chinese companies to go to sea, it also helps international companies to deeply explore the Chinese market; especially in terms of business efficiency, compliance and data security. In addition, Office 365 also hopes to help small and medium-sized enterprises to do fine and strong, but also to help Microsoft's own partners do special width.

In fact, looking at the entire Microsoft business system and development status, the role of Office 365 has become increasingly important. In the previous quarter's financial report, Office 365 Business Edition revenue increased by 41%, resulting in Microsoft's productivity and business process segment revenue of 9 billion US dollars, an increase of 25%; not only that, in the major adjustment in March, Rajesh Jha, the former executive vice president of Microsoft, who was responsible for Office, was also promoted because of the outstanding business performance of Office. He also began to take overall responsibility for Windows 10.

However, compared with the paid enterprise users of Office 365, which has already passed 100 million globally, Office 365 has obviously a large growth space for paying users in China; Microsoft’s Office 365 Cloud Enablement Strategy can be said to be In the direction, but the specific performance, it also takes time to give the answer.