Corporate employees prefer Mac and iOS instead of Win or Android

On April 26th, Jamf, an IT management company focused on helping enterprise organizations use Mac devices to work optimally, released a new survey report. The report shows that more and more companies allow employees to freely choose computers and mobile devices, but most employees choose Mac, iPad and iPhone. 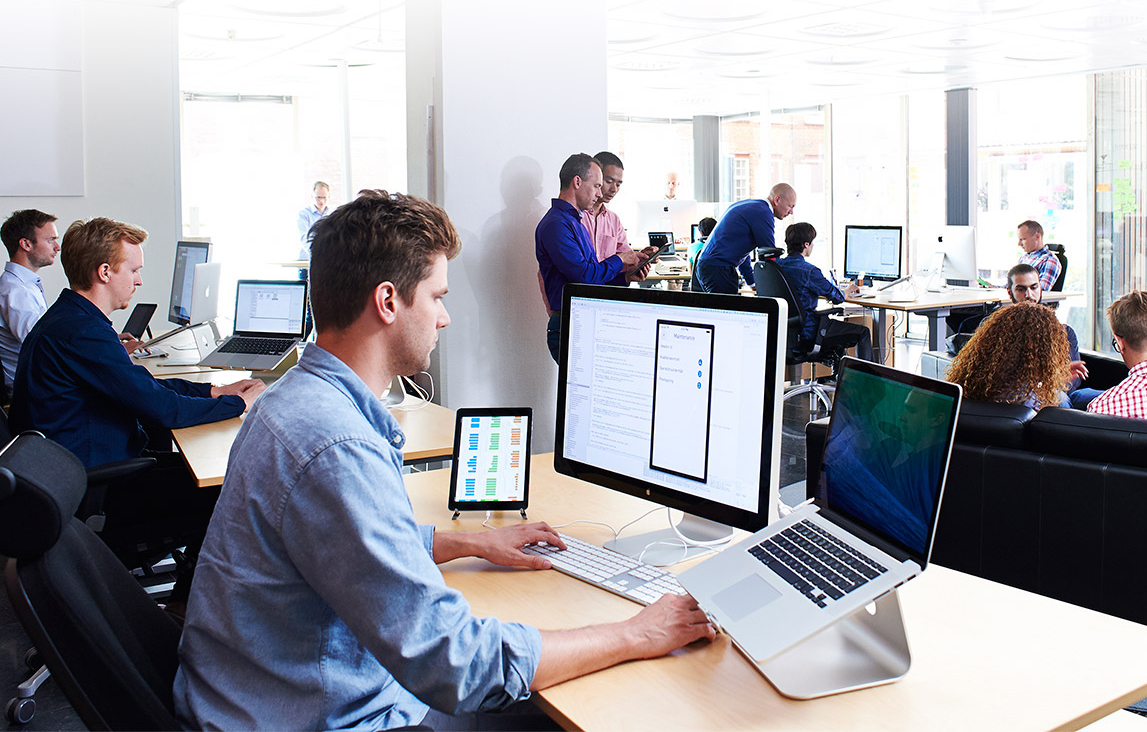 Jamf's survey is mainly aimed at understanding the impact of equipment selection on the work experience of employees and the development trend of corporate equipment. The survey involved 580 global organizations including respondents including corporate executives, managers, and IT professionals. General staff. The survey found that the free choice of equipment for the office is very important to employees, and the vast majority of employees want Macs, iPads, and iPhones.

The main findings are summarized below:

- Of the large companies (500+ employees), 86% of the employees surveyed stated that the choice of equipment is critical to the company's welfare.

Of course, because Jamf's business is to help corporate organizations use Apple devices to work in the best way, even if the survey sample contains more than 580 companies worldwide, the survey respondents may prefer Apple-based companies, at least Dell, Large companies such as Hewlett-Packard and Lenovo are not under investigation. In January of this year, Jamf released a report saying that his current company has more than 15,000 customers worldwide and he also manages more than 9 million Apple devices worldwide.

Jamf's survey concluded that allowing employees to freely choose equipment for office is important to their morale and enthusiasm.

Dean Hager, Jamf's chief executive, said: “The work environment is more competitive than ever before in attracting and retaining top talent in the enterprise. Moreover, due to the global shortage of talent in the past 10 years, It's no surprise that the organization’s primary task is to create the best employee experience, but when employers combine the freedom of technology choices with Apple, the result is higher employee loyalty, productivity, and job satisfaction. ."

Related news
Future of WWDC 2020: a lot of hardware rumors about IOS big update MAC or turning to ARM chip will come true?
Hot news this week
Wechat has not done this function for N years! Use this app to make up for the defects of wechat
Gree's response to "being disqualified from winning the bid": a mistake made by the bidder in sorting out the materials
Apple wants to know: what do you do with the charging head of the old iPhone?
IPhone 12: it's more like throwing away the charger
ASUS main board leads Rog day fans Carnival highlights
Luo Yonghao comments on ideal one: Tesla Model 3 is not a car of a level at all
A 400-brand evacuation Facebook： the internet giant strangled?
The dotcom bubble? U.S. technology stocks surpassed their 2000 highs relative to the S & P 500
Tesla's warranty service suddenly shrinks: touch screen and media control unit halved to two years
Samsung and research team found a new semiconductor material: amorphous boron nitride (a-bn)
The most popular news this week
NVIDIA 451.67 video card driver release: fixing 23 bugs, saving 144hz HDMI display
Epic plus three: free 3 games and torch light 2 next week
How difficult is it for Tesla Model 3 owners to protect their rights when they speed up to crash into the muck and FSD is suspected to be reduced?
Tian Suning talks to Intel's former CTO: where is 5g's "killer app"?
Trojan program with the help of game download station again spread cloud control malicious module
China's first Ku band high-throughput broadband commercial communication satellite "Asia Pacific 6D" launched successfully
European Supreme Court: YouTube does not need to submit user information for publishing pirated films
NVIDIA surpasses Intel for the first time! A victory for fabless and AI
Duty free iPhones are delicious, but you should also pay attention to these "holes"
Google launches open usage commons IBM has objection to trademark transfer