T-Mobile CEO: Trading with Sprint Will Overtake 5G in China 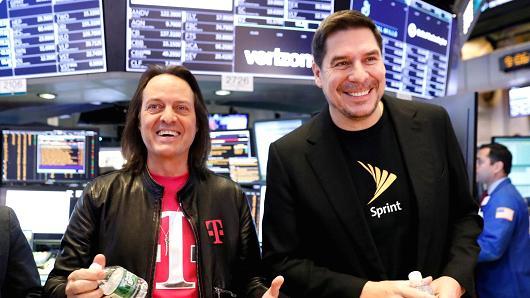 On May 1st, T-Mobile CEO John Legere told CNBC on Monday that the large-scale merger transaction between the operator and Sprint will "further enhance" competition and promote wireless speed. increase.

Leger, in an interview with Sprint CEO Marcelo Claure, said that "the service will be further expanded, prices will decline, and wireless speed will increase." If you previously liked the competition in the industry, then you will like the future development of this competition. ”

However, as far as consumers are concerned that their bills will be affected by the merger of T-Mobile and Sprint, Leger has declined to comment. However, he promised that their service price will be the lowest among major operators.

During the US stock market early Monday, T-Mobile's stock price once fell by 5%, while Sprint once fell by about 12%. The reason is that the industry is concerned that US regulators may not approve the merger transaction between the two parties.

Leger said that "all roads have pointed out Washington." China is defeating the United States in the next generation of 5G wireless services, but our newly merged company can change this pattern. We are in a backward position, but we are still in the early stages of 5G. We are lagging behind China. This is a phenomenon that we do not allow. "Legle also said that the GOP's tax cuts aggravated the value of this transaction.

On Sunday, the two major operators announced that Sprint has agreed that T-Mobile will implement M&A in all its stock trading methods at a total value of approximately US$26.5 billion. Based on this, T-Mobile and Sprint’s newly merged company value is calculated. About 146 billion US dollars. The new company will adopt the T-Mobile name, with Leger as its chief executive and Klaus as a director.

Wall Street analysts are worried that in the current U.S. government, the transaction between T-Mobile and Sprint may also face the risk of being rejected because Trump's regulators refuse to buy AT&T's acquisition of Time Warner. . 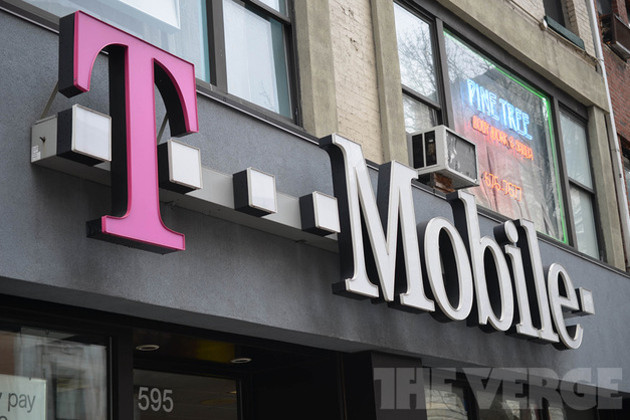 Craig Moffett, an analyst with market research firm Moffett Nathanson, told the media on Monday that if the transaction between the two parties fails, the value of the Sprint may be reduced by one third. The analyst believes that the success rate of T-Mobile and Sprint transactions is 50%.

At the same time, Walter Piecyk, a research analyst at market research firm BTIG, told the media that T-Mobile and Sprint transactions are less than 40% likely to receive regulatory approval.

As the third and fourth largest wireless operator in the United States, the merger rumors between T-Mobile and Sprint have actually continued for many years. However, several previous merger intentions have failed.

Tom Wheeler, former chairman of the U.S. Federal Communications Commission, told the media on Monday that the merger between T-Mobile and Sprint was as new as before. Willer said, "I want to say that Leger is the world's best salesman, but what he is now selling is old stuff." "Wilner has always believed that in the US wireless market, the pattern of having four major operators is the most favorable way for American consumers." However, Leger himself is looking forward to another result.

Interestingly, Leger and Crow had previously attacked each other. On Monday, the two said that their previous disagreement only represented the past, and this year they will join together for a Thanksgiving feast.

Related news
The news said FTC approved T - Mobile US $26.5 billion acquisition of Sprint.
FCC approves the merger of T-Mobile and Sprint: to accelerate 5G deployment in the United States
T-Mobile and sprint will accelerate 5g deployment in the United States
The merger of T-Mobile and sprint in the US reappears new uncertainty
Hot news this week
Wechat has not done this function for N years! Use this app to make up for the defects of wechat
IPhone 12: it's more like throwing away the charger
Microsoft official free data recovery tool windows file recovery experience
Gree's response to "being disqualified from winning the bid": a mistake made by the bidder in sorting out the materials
Apple wants to know: what do you do with the charging head of the old iPhone?
Tencent magic change Yang surpasses video self mockery: I'm a simple and honest fake spicy sauce lost 16 million
Luo Yonghao comments on ideal one: Tesla Model 3 is not a car of a level at all
A 400-brand evacuation Facebook： the internet giant strangled?
How long can "Laoganma" carry on after winning Tencent?
The dotcom bubble? U.S. technology stocks surpassed their 2000 highs relative to the S & P 500
The most popular news this week
Huawei Technology Limited applies for a large number of HarmonyOS trademarks
Xiao Ke Xing 360 mobile phone guard guards women's "fearless bloom" under the great security
Competing for 5g focus: Nokia is adding openran open interface to its telecom devices
Huawei's real rival in 5g era!
169 yuan true incense lamp! Xiaomi home display hanging lamp experience: no desktop space without glare, magnetic absorption rotation
The appeal of "Shandong Xiaomi finance" was rejected. In the first instance, Xiaomi was compensated for 300000 yuan and the current enterprise name was suspended
Windows 10 New Alt Tab Experience: Switchable application windows and Edge tab pages (Figure)
Huawei said pressure from the United States may delay the deployment of 5g in Brazil for several years
YES! picture glory, AMD china headquarters building across the sky :7 nm sharp dragon version MagicBook is coming?
12 core 24 thread 3899 yuan amd sharp dragon 9 39000xt