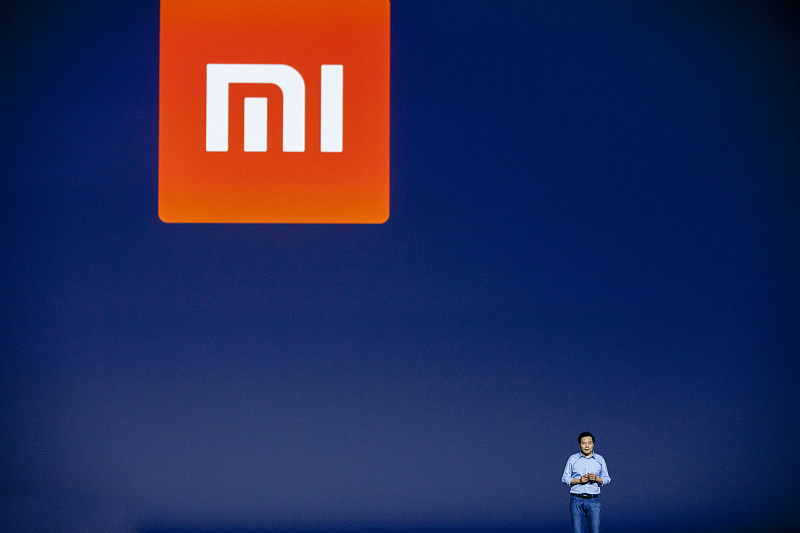 All indications indicate that Xiaomi Company will soon be listed.

Recently, Xiaomi’s founder and chairman, Lei Jun, made repeated efforts. First announced at the Xiaomi 6X conference of the Wuhan University at his alma mater that the overall after-tax net profit rate for the overall hardware business (including mobile phones and IOT and consumer products) does not exceed 5%. Then he sent a letter to all employees to announce a new round of company executive adjustments. He appointed CFO Zhou as the senior vice president of the company and took over the business of finance, investment, and HR.

According to reliable information obtained by Phoenix.com, Xiaomi will apply for an IPO in Hong Kong this week, and will be listed in June-July, becoming the first company to adopt the “shares with different shares”. Although we haven’t waited for Xiaomi's prospectus, we may wish to draw a focus first.

After all, even if you are a "super unicorn", can you run it?

This may be the most concern of the entire industry recently. After all, Xiaomi is not just a mobile phone. Lei Jun said that the upper limit of the net profit margin of this hardware is too wide, and the industries affected are really too much. According to Lei Jun’s own words, Xiaomi’s ecological chain has penetrated more than 100 industries.

First of all, let's be clear, "What is the comprehensive net profit margin?"

Previously there have been media analysis, if you take a single millet phone such as millet MIX2S, multiplied by 5% to calculate, this phone price of 3299 yuan, a single product can earn 164.95, but this is not a comprehensive net profit margin.

Sun Yanji, dean of the first mobile phone industry research institute, said that the average comprehensive net profit rate of domestic manufacturers is 10%, and the 5% that Lei Jun throws is indeed not high. Moreover, according to the pre-IPO financing promotion materials that were circulated in the industry, Xiaomi's net profit margin for the hardware business in 2016 was only 2.8%.

Of course, the so-called "financing promotion materials" does not come from the official millet, but part of it may come from early investors selling old shares. So, for the time being, these figures are generally believed to be reliable, leaving a margin between 2.8% and 5%.

So, what's the real data? You have to look at the prospectus. Therefore, by the time it takes to look through the prospectus submitted by Xiaomi, it will be able to know whether this figure of 5% will hit the face. This will be one of the biggest aspects of the prospectus.

Aspect 2: Millet does not make money in the end?

From the first day of Xiaomi’s birth, Lei Jun has been saying that Xiaomi’s mobile phone is hardly profitable.

Miao is wonderful in this "almost", in the end how much profit is considered "almost not making money"? And Reebs recently announced that the comprehensive net profit rate of hardware does not exceed 5%, which is obviously putting pressure on profitability.

According to 5% speculation, Xiaomi’s hardware earning power is basically measurable data. Therefore, everyone should care more about Xiaomi’s internet income and investment income.

One thing needs attention. Prospectuses usually have hundreds of pages, which contain "net profit". There may be a large number of different data sizes, such as "unaudited net profit", "business profits", "and" adjusted After the net profit & rdquo; and so on. Moreover, the Hong Kong Stock Exchange and the domestic A-shares, the US stocks of the accounting standards are also slightly different, it is easy to look faint.

So which data is reliable? Can probably focus on two data,One is "business profit", and the other is "adjusted net profit".

This “ adjusted & ldquo; very saying. Everyone must remember the huge loss of the Mito IPO. In fact, there are not many Internet companies listed in Hong Kong, accounting standards are not the same as the United States, Meitu had eaten a “lossy loss” of this dumb loss. Let us explain in detail.

Internet technology companies usually issue a lot of preferred shares to investors when they are financing. If the valuation starts from tens of millions of dollars to several ten billion dollars, the value of these preferred shares is also magnified many times. The shareholders’ financial float The profit also turned N times. However, these shareholders did not withdraw, so their investment value will be considered in the financial statements as the company's liabilities to these shareholders.

I do not know whether Xiaomi will encounter similar situations this time.

Looking at the profitability of Internet companies, we cannot simply look at net profit. We must also look at operating profits and adjusted net profits. These two figures exclude interference factors such as financial accounting.

Aspect 3: How many shares did Lei Jun occupy in Xiaomi in the end?

Before the media reported that Lei Jun’s share in Xiaomi was as high as 77%. But before the prospectus was released, this figure can only be seen. How many stocks Lei Jun has in Xiaomi in the end, I believe this is what we all want to know. After all, this may be related to the ownership of China’s richest man this year.

Different shares of the same stock, that is, some of the shares held by the management of the voting rights are much greater than ordinary shares. Simply put, according to the Hong Kong Stock Exchange's New Deal, Lei Jun may have a group of stocks that have super-voting power. Compared with ordinary stocks, there is a minimum of 1 top stock and a maximum of 1 top stock.

In theory, if Lei Jun owns all the super-voting stocks,At the very least, as long as you have 9.1% of the special equity, you can guarantee that the voting power exceeds 51% and you have firm control over the company's control.

In addition, employees within the network before Xiaomi Gonghao 1000 will achieve different levels of financial returns after the company's listing. In the latest personnel adjustment, two co-founders of Xiaomi, Zhou Guangping and Huang Jiangji, resigned from management positions for personal reasons. Usually there is no company position, and the restrictions on the realization of stocks after listing are much less.

If the prospectus reveals the proportion of Xiaomi executives’ holdings, and according to a reasonable range of valuation, what will the value of these executives become after Xiaomi’s listing? This is also a problem that everyone cares about.

Aspect 4: Did Xiaomi really be an Internet company like he said?

Xiaomi throws a 5% figure on the eve of the listing. It is more like setting a future goal for Xiaomi and setting a limit on the net profit margin of hardware. Tell everyone: “We are an internet company. We are not relying on the tradition of profiting from hardware. Hardware vendors. ”

According to the so-called "recommendation" data, Xiaomi's revenue is 21% from the Internet service business, and its gross margin is over 40%.

So, how can you tell if a company is an Internet company? There are probably several aspects.

However, from Xiaomi's business model, it is now known that Xiaomi's Internet business should not have the cost of getting customers. After all, it can be directly converted by mobile phone users.

Aspect 5: How much is Xiaomi's ecological chain?

Xiaomi began to lay out the ecological chain from 2013, with mobile phones as its core. Its peripheral products include headphones, small speakers, and mobile power. It is also a small household appliance such as air purifiers, rice cookers, and water purifiers. There are also some things to play, such as sweeping robots, as well as some necessities of life such as toothbrushes and mattresses.

Some of these companies have even taken the lead in the world and have gone to the capital market. For example, Huami Technology, a millet bracelet, was listed in the United States last year.

How much profit does Xiaomi these products can make? How about the profit rate? In last year's millet eco-chain company has exceeded 100, and now this number has become, what is the relationship between these companies and Xiaomi?

Xiaomi's prospectus should have answers.

Aspect 6: After Xiaomi is listed on the Hong Kong stocks, will it be on the A shares?

Not surprisingly, Xiaomi should be the first listed company after the implementation of the Hong Kong Stock Exchange's New Deal. At the same time, the CDRs of the domestic A-shares are also continuing.

CDR is the English abbreviation for Chinese Depository Receipt, which means that an overseas listed company will custody some of its issued shares to local custodial banks, issued by depositary banks in China, listed on the domestic A share market, and used in Renminbi. Trade settlements, investment certificates for domestic investors.

Internet companies landing A-shares is a "problem" problem because the IPO issuance mechanism for A-shares requires the listed companies to continue to make profits for three consecutive years. There are also restrictions on the ownership structure of the company.

At the beginning of this year, CDR rumors rose. A number of Chinese Internet listed companies have expressed their desire to return to A. Xiaomi was also reported to have Hong Kong + CDR achieve Hong Kong stocks and A shares simultaneously listed. There are different legends that have been guessed as annual suspense dramas.

Now Xiaomi went to Hong Kong to go public and let the rumors be determined first. Will there be any news in the near future? This can be seen in the Xiaomi Hong Kong prospectus has not mentioned this information.

Lei Jun can not top China's richest man, in addition to watching how many of his millet shares, but also see how much the company's valuation is ultimately.

About Millet's valuation ranges from US$50 billion, US$80 billion to US$100 billion. Which exactly is it? This will return to the question of how to look at the valuation model of Internet companies.

Unlike domestic capital markets, we are accustomed to looking at consumer companies and industrial type companies. We are nothing more than looking at the net profit this year. Then we can measure the net profit for the next year and multiply it by the average multiple of the industry.

But for internet companies, this valuation model is very difficult.

Millet can afford a high valuation,It depends on whether the data in the prospectus shows sufficient growth.Based on previous public reports, compared with the mobile phone business, the changes in revenue and gross profit levels of ecological chain products and Internet services that have more profitable imagining space over the years are more worth paying attention to.

Aspect 8: What about Xiaomi's overseas market?

Xiaomi has been tossing overseas in recent years. According to the latest news, India has already won 31% of this exaggerated market share. In addition, Xiaomi himself advertised that it performed well in Indonesia, Eastern Europe and other places, and now he entered the Western European market with a smooth start.

So, overseas market in the end accounted for a large plate of millet? Does Xiaomi really rely on overseas markets to maintain its growth? After all, China's domestic market is already a zero-sum competitive market. Xiaomi’s high valuation must be supported by the long-term high growth rate. It must be seen in overseas markets.

Xiaomi’s recent overseas market performance of special books, especially in the Indian market, can be seen in Xiaomi’s overseas market change data for the past three years in the prospectus.

Of course, the above content is only forecasting. What is the true prospectus? We will pay close attention to it and will interpret it after the announcement of the prospectus.