If the general AI is expected to be used as a starting dish, compared to many companies talking about speech voice recognition and intelligent reading, Microsoft's philosophy is more emphasis on "humanities." Nadella said that Microsoft pays attention to the three aspects of the issue. First is privacy, and privacy is a human right. He said that Microsoft attaches great importance to user privacy and is also striving to ensure the security of user data. He agreed with the privacy guidelines of the European GDPR regulations, but said that this work has not yet been completed. 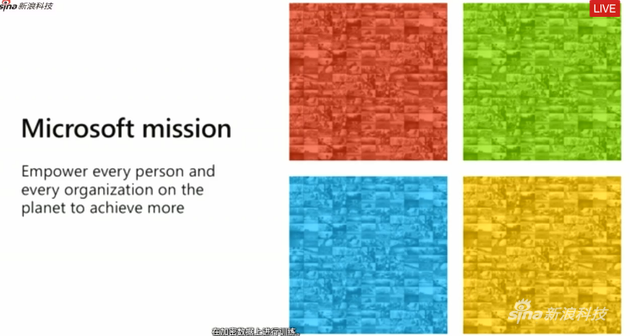 The second point is responsibility. Cyber ​​security is the second "pillar" that Microsoft is concerned about. "We need to take collective responsibility in the entire technology industry to keep the world safe." Microsoft is working with activities and other groups to "ensure our democratic process," said Nadella.

The third is AI ethics. Nadella thinks, “We not only have to ask ourselves what computers can do, but also what we should do.” He proposed that Microsoft establishes an internal ethics committee that focuses on its artificial intelligence. The effort, but did not mention the speech delivered by his AI staff last month, said his company has rejected the artificial intelligence business based on ethical issues.

He called for "private AI," thinking that this would allow AI to strike a balance between mass data collection and the fact that privacy rights are consistent.

The Microsoft AI project is based on Azure, which is included as a service.website,virtual machine,cloud serviceAzure, a mobile application service, big data support, and cloud platform powered by media capabilities, Azure can more detail and package the functionality of AI. For example, voice semantics recognition under Azure AI. 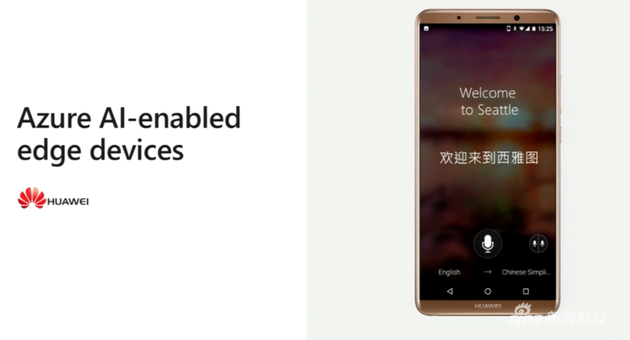 As early as 2016, AI reached the same level of human speech recognition. In January, reading and semantic recognition also achieved more than 80% accuracy. Outside of technology, Microsoft is thinking more about commercializing AI technology. From the current cooperation, Azure AI has been used to include Coca-Cola, BMW, Twitter, KPMG and other brands.

In order to achieve this goal, Microsoft is working onDevelopmentStaff launches a new "Speech Device SDK" and reference kit. He is also preparing to announce the Azure project version of Kinect. 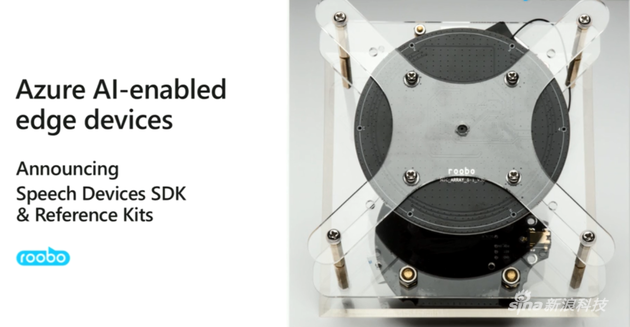 Microsoft announced its breakthrough in AI smart dialogue. Nadella believes that "AIs for chat require new applications. Developers need to build robots and agents that really suit their business, rather than using off-the-shelf technology and putting it into applications."

Based on this starting point, Microsoft is introducing "more than 100 new features" for conversational robots, such as customized speech and personality replies, and customer data can be used to power these robots. Just like Skype or Cortana can build their own data and associate it with the appropriate channels.

Azure IoT is another example of the commercialization of technology. Dajiang will launch the Window 10 SDK for its drones this year. Developers can use Microsoft development tools to develop software for Dajiang drones and apply drone data to agriculture.

Microsoft's Azure IoT Edge will also be used on JDKs. The Microsoft AI model in the system will make the entire computing process more intelligent.

Nadella added that more than 230 companies, including Schneider, Starbucks and more, have applied Azure IoT Edge to more than 2,000 areas in the past year. Azure Edge is deployed by more than 50 teams worldwide and has more than 9 billion compute nodes.

Third, Microsoft 365: Everything is done on the basis of open source

As a part of the current pan-digital field, the PC system is no longer the core of everything, and the cross-device operating experience has even become one of the reasons for the decline in Microsoft’s share before that, let alone the cloud processing platform itself requires higher compatibility. As a result, openness became another key word for the opening press conference.

For example, we are most concerned about the synchronization of mobile phones and PCs. At the conference, Microsoft announced the launch of Your Phone App, a software that supports accessing text messages, photos, and notifications from PCs. It can also quickly drag photos from mobile phones into PCs. End of the document.

This logic runs through the integration of Microsoft 365. The updated Microsoft 365 will upgrade the multi-device collaboration experience. Microsoft Cortana will serve as a work assistant and will complement each other with other voice assistants.

The design concept of Microsoft 365 transforms the center from devices to people. Microsoft Office 365 services can now be used across different devices. For example, in AppleMacBookUnfinished work can continue on Android phone through 365.

For example, Nadella, you can now use your mobile phone to check Outlook emails in the morning to see today's events, use telephony in Skype to conduct teleconferences directly when you drive, write documents in Word on your computer after you arrive, and use workstations and colleagues in the afternoon. Discuss the work.

He added that Microsoft Xiaona will now appear in Microsoft 365 services as an assistant to co-ordinate incidents at work. In addition to basic functions such as planning timelines, sending and receiving emails, it will also collaborate with other voice assistants.

Microsoft announced at the conferenceAmazonAlexa's details of cooperation, you can now wake up Xiao Na and Alexa voice assistant at the same time in the Microsoft computer and Amazon Echo speaker. Xiao Na is used for work. Alexa is used to view maps, call rental services, and other life services.

Although Microsoft had a lot of interesting live demonstrations at the previous Build Developer Conference, this time it sounded like a topic with two characters: one is a live show to show office life, and the other is a cross-system cloud platform programming. The latter was laughed at by our channel editors as a good way to prevent the two programmers from fighting and tearing and splashing on the spot.

However, Microsoft's preparation for these two links is naturally not targeted. Microsoft has repeatedly stressed at the scene that the combination of several technologies will increase work efficiency. So this “small piece” is the proof of this statement. 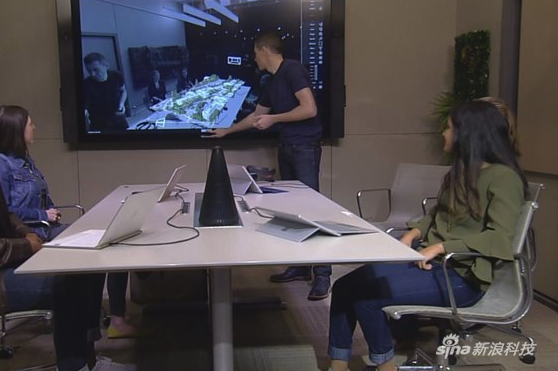 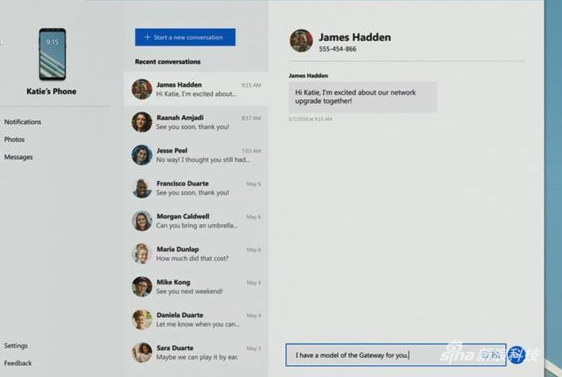 In this sketch, there are interactions between Android phones and Win 10 computers. For example, you can use the computer to directly reply to the SMS of the phone contacts, and you can also open the notification on your phone and preview it on your computer.

The use of mixed reality also appeared in the skits - a better understanding of the remote data mentioned in the conference.

On-site cross-system cloud synchronization programming is also an example of how the use of new technologies can increase productivity.

Microsoft demonstrated Visual Studio on the spot. Using Microsoft Teams collaboration, team members can edit each other's code in real time; in addition, this operation supports cross-system, both Win and Mac OS can be unified and remotely controlled on the same platform. At the scene, Microsoft also simulated this experience, which is called on-site programming teaching.

Specific to the use of links, Visual Studio Live Share is now available for download, and it is free for the current Visual Studio developers.

At this point, Microsoft also smoothly demonstrated an open source, and Microsoft announced at the Build 2018 Developer Conference that it will cooperate with GitHub. The latter is a widely used code base that developers use to share code between software development teams or the open source community.

2016-2017 is a hot year for VR and AR, but the road to landing does not seem to be smooth. Microsoft launched Windows Mixed Reality last fall. There are not many companies that responded. The price of new products has also been diving.

However, this does not prevent Microsoft from continuing to talk about mixed reality at the press conference. After all, this is one of the means to increase productivity.

When it comes to Microsoft Layout, it allows users to design space; you can design in real time, and feedback to the real space, so that you can quickly feedback on the design program.

Write in the final summary: Obviously in the post-PC era, Microsoft made a comprehensive reflection on the transition. Relying on AI and cloud platform processing, Microsoft is trying to become a platform and solution service provider in the new era. The background is left to the enterprise; and the enterprise is to complete the user interface. As a result, open source at all levels has become imperative.

And if you have to say good or bad, at least the pattern is much higher than simply relying on hardware.