Foxconn IPO fundraising is a mystery 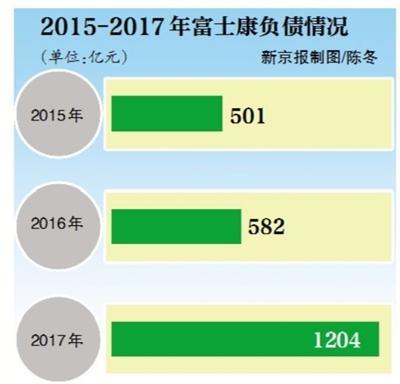 On the evening of May 11, the China Securities Regulatory Commission’s official WeChat news release stated that it had approved the initial application of Foxconn Industrial Internet Co., Ltd. (hereinafter referred to as FII, Foxconn) in accordance with legal procedures. Foxconn and its underwriters will negotiate with the Shanghai Stock Exchange to determine the issuance schedule and publish the prospectus documents.

After 36 days passed, the initial fundraising scale became a mystery.

According to the IPO procedure, Foxconn passed the roadshow inquiry and offline placement after the meeting was approved and issued, and it could be listed and traded in the event of no accident.

On May 11, Foxconn finally waited for approval. However, it is worth noting that in the official WeChat of the China Securities Regulatory Commission on Friday, Foxconn’s initial fundraising scale was not disclosed. On the afternoon of May 13, the Beijing News reporter consulted the Securities and Futures Commission’s securities and futures supervision and management information disclosure catalog, and Foxconn’s relevant approval has not yet appeared. The latest one is April 23.

According to the prospectus released by Foxconn earlier, the IPO will apply for raising funds of RMB 27.253 billion. The funds will be used for the construction of industrial Internet platforms, including cloud computing, 5G, Internet of Things, and intelligent manufacturing. Through this IPO, Foxconn will improve its financial statements.

As of the end of last year, the total liabilities were 120.4 billion, and the debt ratio was 81%.

The Beijing News reporter noted that as of the end of 2017, the book value of accounts payable by Foxconn increased by 33.796 billion yuan from the end of 2016. According to Foxconn, the main reason is that the growth of downstream orders since 2017 is good, and the company has increased the purchase amount of raw materials and equipment accordingly.

Foxconn said that after the raised funds are in place, the company’s total assets and net assets will increase significantly, the current ratio and quick ratio will increase significantly, and the level of assets and liabilities will further decline. The optimization of the company’s capital structure, as well as the enhancement of its financing capabilities and anti-risk capabilities, will provide a favorable guarantee for the company’s market expansion and strategic deployment.

The Beijing News reporter noted that Foxconn’s interest expense is not high despite its large scale of liabilities.

What is slightly optimistic is that the prospectus shows that Foxconn’s profitability is good.

Related news
Hot news this week
Wechat has not done this function for N years! Use this app to make up for the defects of wechat
Microsoft official free data recovery tool windows file recovery experience
IPhone 12: it's more like throwing away the charger
Gree's response to "being disqualified from winning the bid": a mistake made by the bidder in sorting out the materials
Apple wants to know: what do you do with the charging head of the old iPhone?
Tencent magic change Yang surpasses video self mockery: I'm a simple and honest fake spicy sauce lost 16 million
Luo Yonghao comments on ideal one: Tesla Model 3 is not a car of a level at all
A 400-brand evacuation Facebook： the internet giant strangled?
How long can "Laoganma" carry on after winning Tencent?
The dotcom bubble? U.S. technology stocks surpassed their 2000 highs relative to the S & P 500
The most popular news this week
Windows 10 New Alt Tab Experience: Switchable application windows and Edge tab pages (Figure)
Huawei said pressure from the United States may delay the deployment of 5g in Brazil for several years
YES! picture glory, AMD china headquarters building across the sky :7 nm sharp dragon version MagicBook is coming?
12 core 24 thread 3899 yuan amd sharp dragon 9 39000xt
Developers open source a tool to turn Ubuntu into a rolling update
Yijia returns to the affordable mobile phone market! Nord announced: see you on July 21
Alibaba cloud IOT and tmall Genie jointly set up "Ali aiot innovation center"
IPhone 12 series case exposure: Design reproduction of apple 4
Galaxy A71 of Samsung 5G UW models will provide Verizon users with a millimeter wave experience
Nord announced: see you on July 21