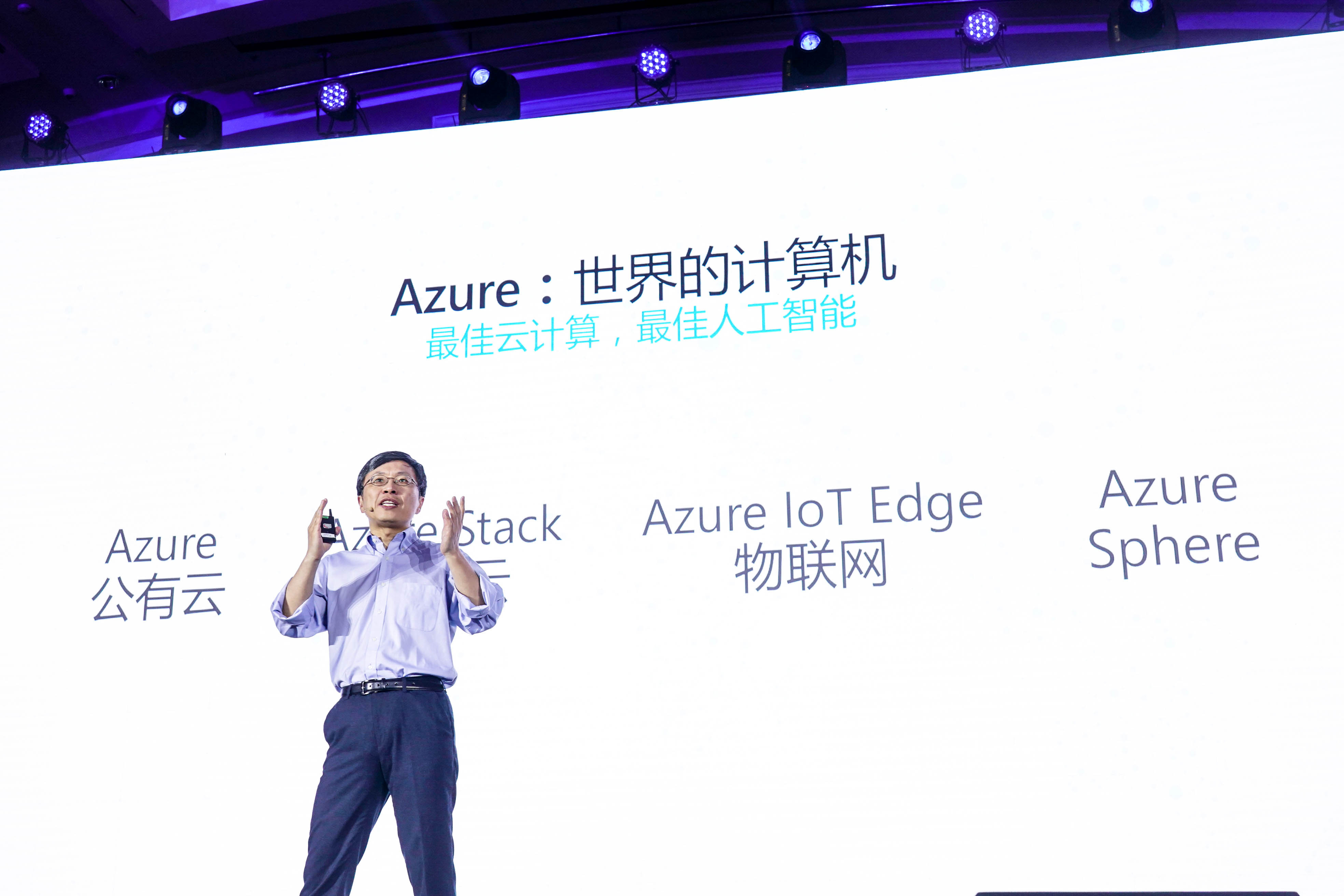 Twelve days after the Build 2018 conference, Microsoft moved its new AI strategy from Seattle to Beijing.

At the conference, Microsoft launched a variety of new product plans and cooperation plans, highlighting Microsoft’s determination to fully bet AI and compete for the cloud computing and edge computing market.

Azure: The Vision of the New Era of Microsoft AI 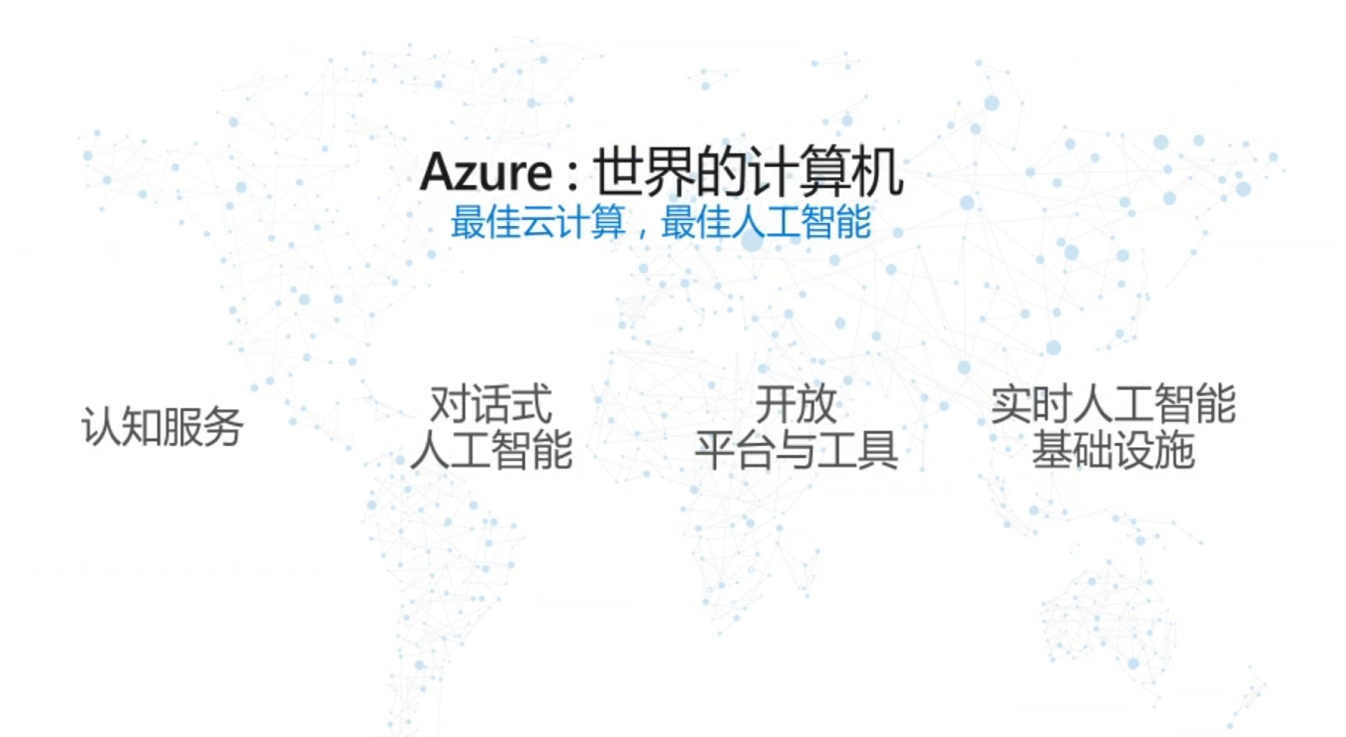 Microsoft previously announced the open source of Azure IoT Edge. It is reported that Azure IoT Edge can run on Linux and Windows, allowing developers to expand, add functionality, and deploy to any environment.

Data shows that by 2020, the total number of global smart edge devices will exceed 20 billion, and Microsoft has high hopes for Azure IoT Edge Internet of Things services.

Currently, 9 billion microcontrollers worldwide are installed in various machines from home appliances to factory equipment, but only 1% have networking capabilities. Azure Sphere is trying to open this market. 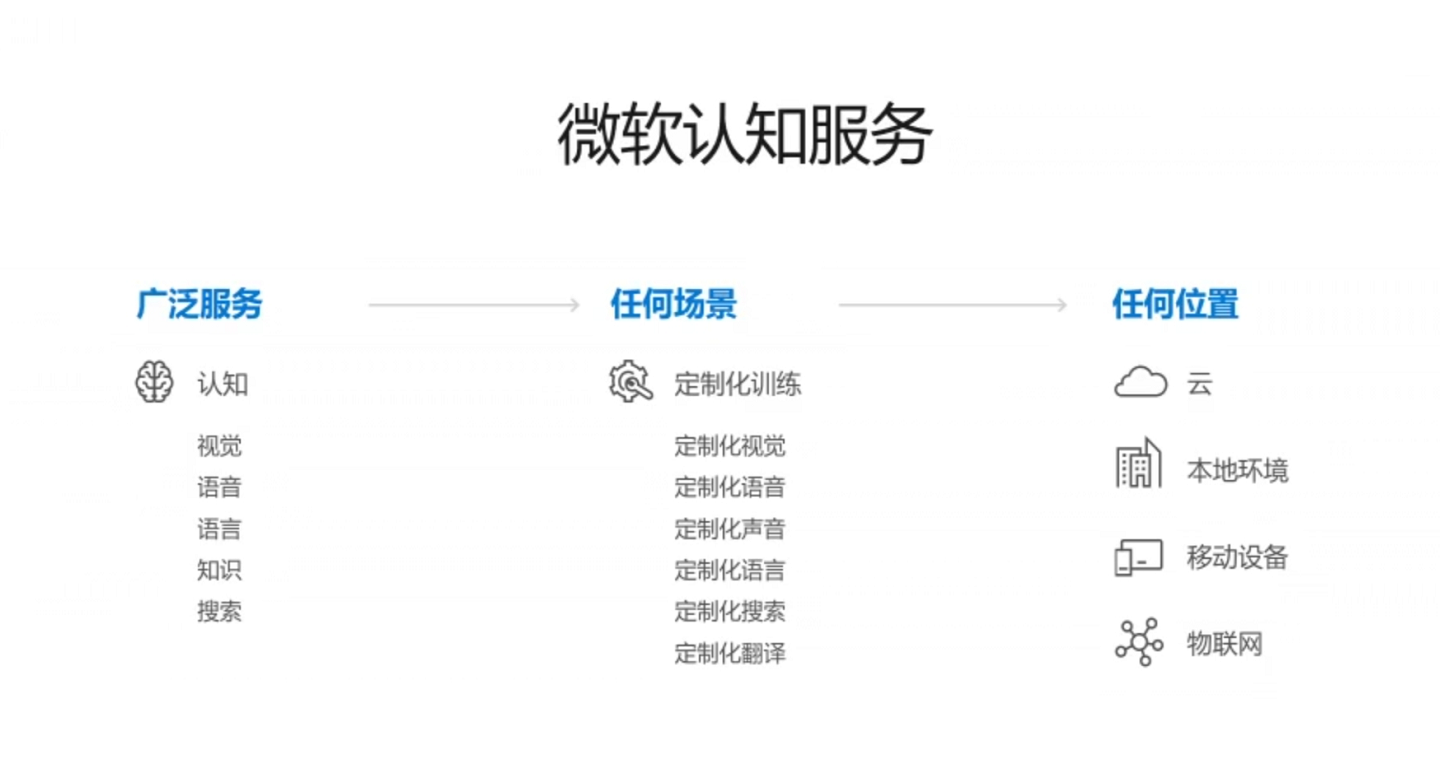 In the conversational interaction field, Microsoft focused on the Azure Bot Services conversational bot service, which has been used by more than 300,000 developers. The dialogue robot service can be customized according to business needs, and it also supports publishing to Microsoft Cortana. 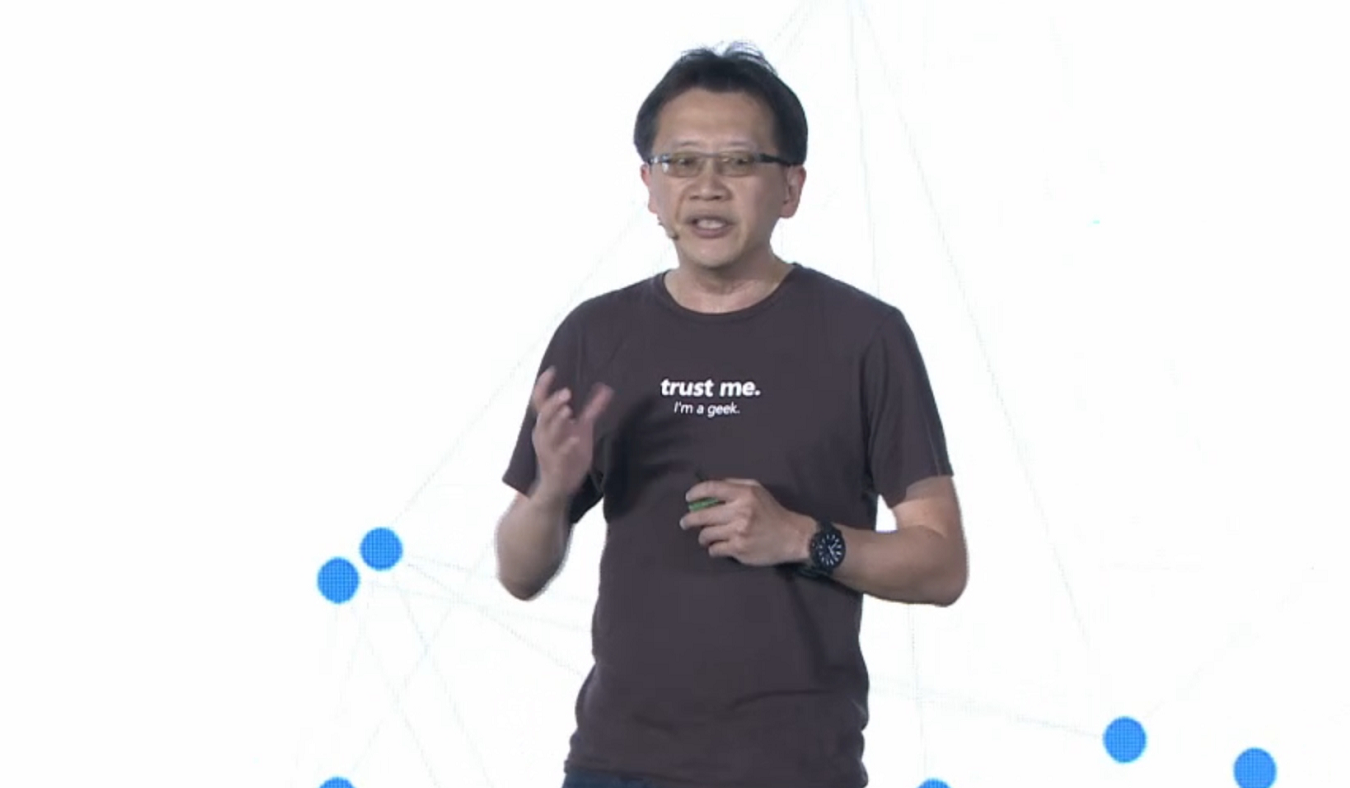 Whether it's the Azure IoT Edge for the Internet of Things, the MCU solution Azure Sphere, the Azure Batch AI hosting service, the Azure Bot Services conversational robot service, or the Microsoft cognitive service, Microsoft is accelerating the full Azure-based AI deployment. According to Shen Xiangyang, Azure Smart Cloud has covered more than 50 regions worldwide and received more than 70 security compliance certifications. "Azure" brings together all of Microsoft's investment and technology accumulation in the field of artificial intelligence. It is the best cloud platform for the development, deployment, and operation of artificial intelligence. It is also the key link for intelligent cloud and intelligent edge integration. "From this point of view, Microsoft's emphasis on Azure under the new strategy has already exceeded that of Windows."

From the platform-level developer cuts in, large-scale harvesting market

At the Microsoft Build conference, Nadella put forward a new position for Microsoft in the future, that is, to achieve the “digital cloud transformation in smart cloud and smart edge” era.

To achieve this goal, after having Azure and a series of technology platform foundations, large-scale applications are also needed.

This time, Microsoft put aside its position and attracted a lot of platform-level developers to cooperate deeply.

At the Build conference, Microsoft has also partnered with Amazon to combine Microsoft Xiaona into the Alexa smart speaker, allowing users to call Xiao Na and the artificial intelligence services behind Alexa.

Microsoft also announced that it has collaborated with Qualcomm to create a visual artificial intelligence development kit that runs Azure IoT Edge. Developers can use Azure Machine Learning Services and hardware acceleration of Qualcomm's visual intelligence platform and Qualcomm artificial intelligence engine to develop application solutions. The camera can also be used More advanced Azure services, such as machine learning, flow analysis, and cognitive services, can be downloaded from the cloud to run in the edge environment locally.

At this meeting, Microsoft once again demonstrated its deep cooperation with drone manufacturer DJI, which will use the Microsoft Azure IoT Edge service to develop applications for agriculture, the construction industry, public safety, and more. Multi-application scenario solution. 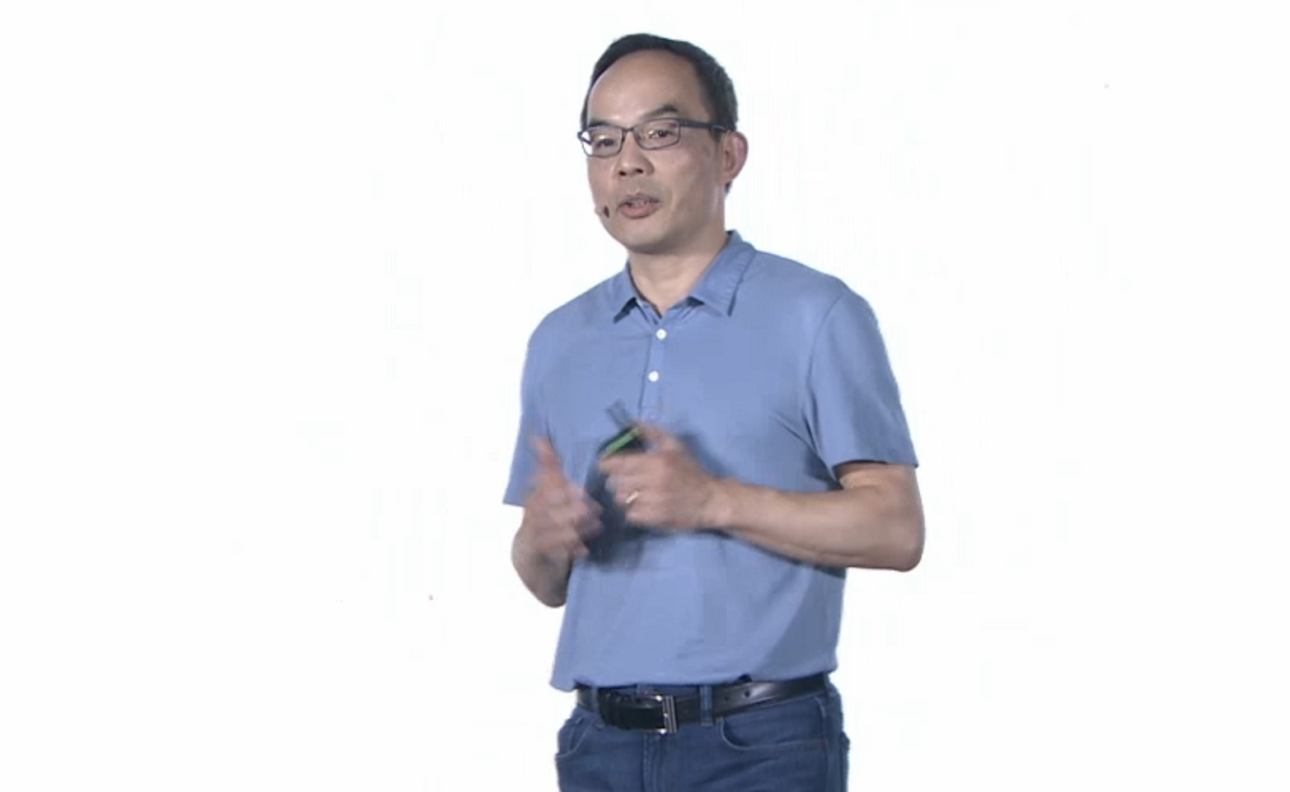 At the conference, Microsoft partner Caiyun Technology demonstrated the use of Azure Batch AI service to develop a containerized artificial intelligence solution for VIP. It increased the efficiency of its overseas business team by 85%, and analysed 1 million pictures. The processing time was shortened to 1% before, and the speed of the AI ​​system iteration was greatly improved.

In this plan, Microsoft will continue to provide product and technical support, and conduct different architectural discussions and geek programming with these influential companies and their developers and data scientists, manufacturing, retail, and finance. The service industry is the main entry point, combined with the actual application characteristics of customers, from the production, manufacturing, sales, experience, marketing, after-sales, service, feedback and other stages of the entire process of landing the actual application scenarios, help companies digital transformation.

Shen Xiangyang stated that Chinese developers are a key component of the Microsoft ecosystem. Currently Microsoft has more than 400,000 developers in China, of which more than 100,000 are using Microsoft artificial intelligence for development.

Another level of Microsoft AI: Xiao Bing accelerates in the Chinese market and will open full-duplex voice technology 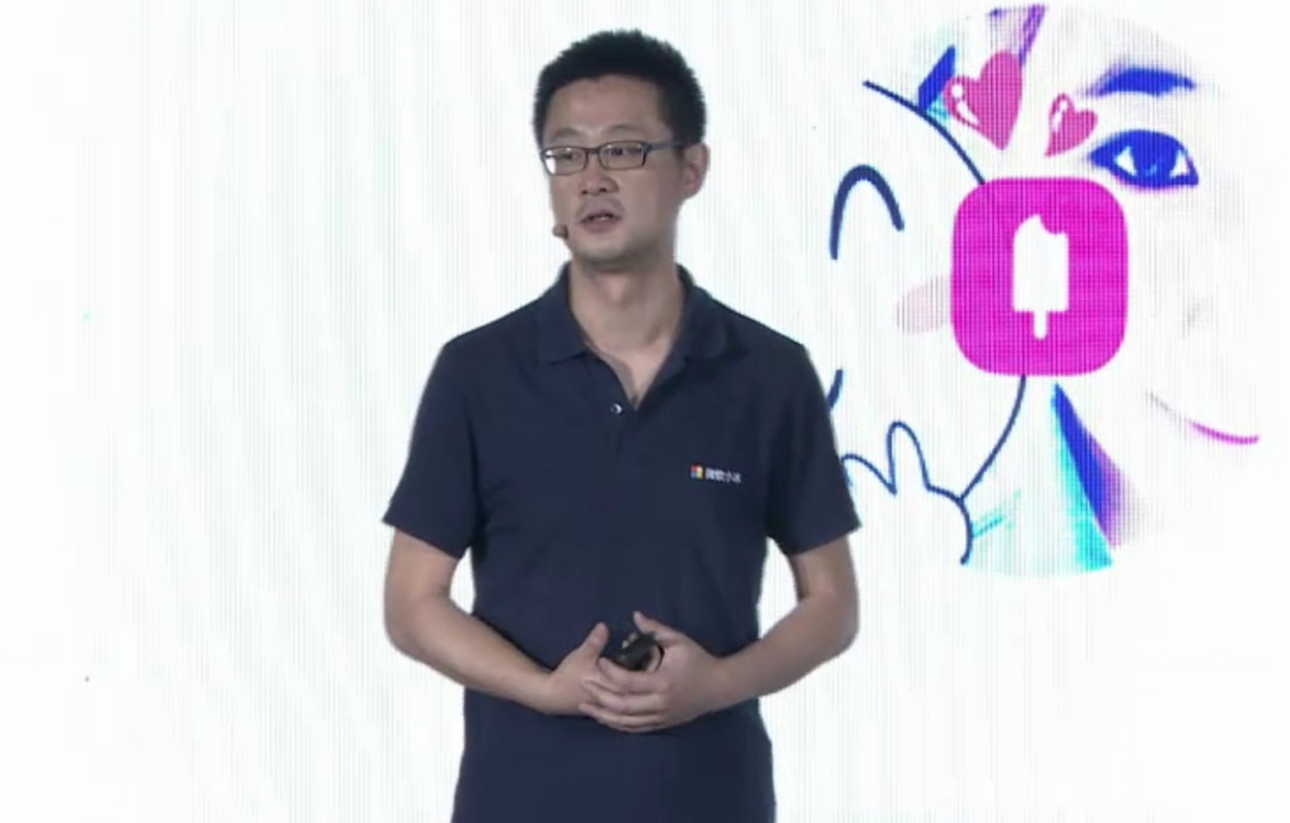 At today’s conference, Microsoft’s Xiao Bing team announced a new skill in artificial intelligence content creation, launching customizable fairy tales for the children’s market, which will be officially launched on Children’s Day. In this custom story skill, parents can set the protagonist's protagonist and story tendencies, such as more educational significance, and then arrange Microsoft Xiao Bing to complete the creation. Microsoft Xiao Bing uses a specially trained deep learning model that can be customized from the story text stage and automatically assigns sound characters and background music.

According to relevant personnel from Microsoft's Xiaobing team, Xiao Bing can complete an episode of about 10 minutes of sound fairy tales in just 20 seconds. The quality of the spoken language can reach the level of mainstream professional human announcers, and the service is currently completely FREE.

Microsoft Xiao Bing provided the largest public edition of children's audiobooks in China to help the blind public charity organization Hong Dandan. “Little Bing's sister tells stories”, including thousands of hours of fairy tales, popular science encyclopedias, celebrities and other audio books. The students and children of the 104 blind schools served by Hongdandan can find these contents through the library.

Li Di introduced that so far, Microsoft Xiao Bing team has entered the field of content creation and began production. The content includes song singing, radio and television programs, news commentary, poetry production, and audio books. In the field of audio books, Microsoft already has close to 40,000 episodes of audio-visual fairy tales. In the past six months, these audiobooks have been successfully delivered to 90% of the early childhood education machines, story machines and online podcasting platforms in the Chinese market, with a total play time of more than 4 million hours. 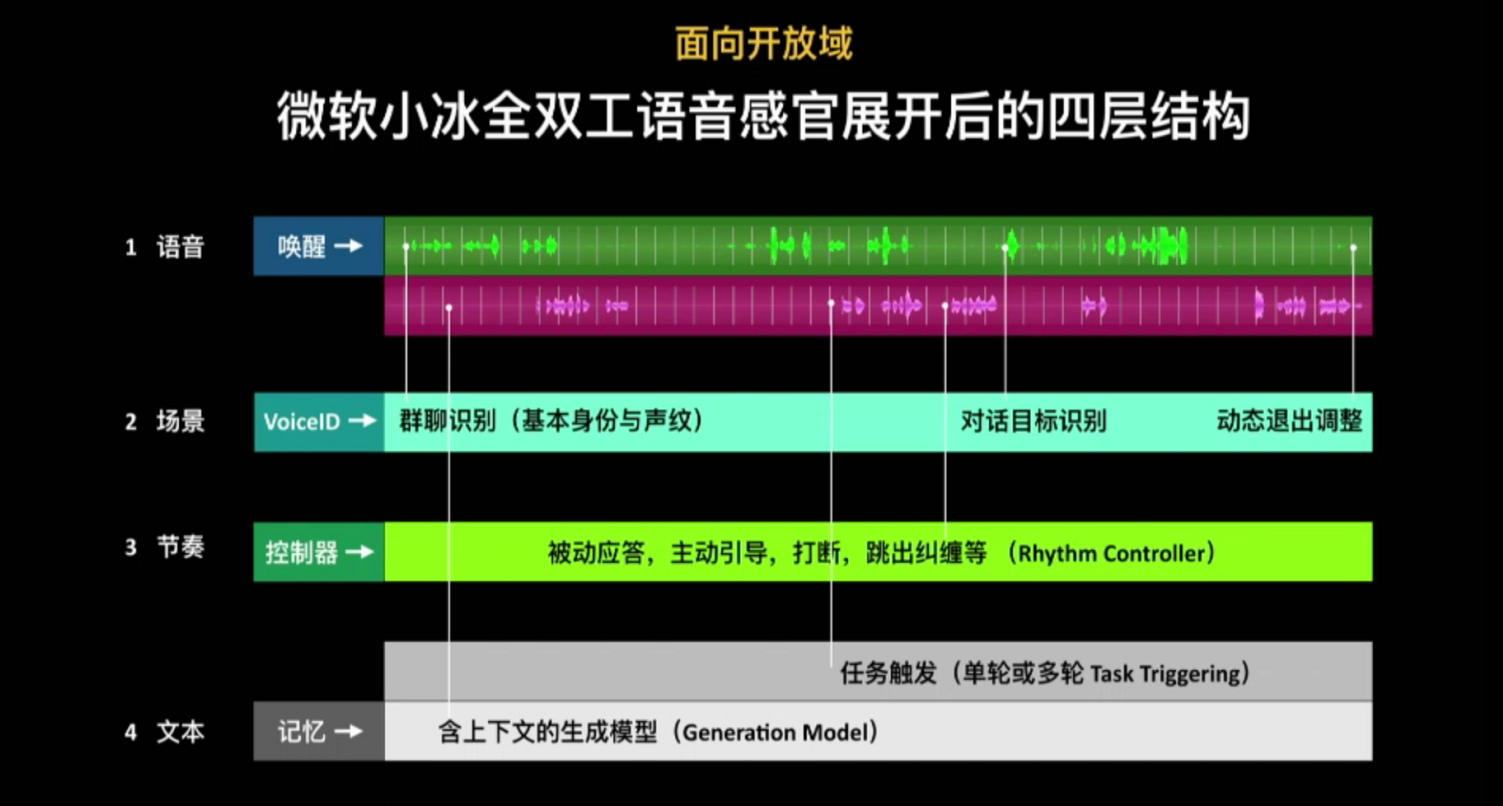 In addition, Li Di also announced at the meeting that Microsoft will soon open to partners and developers "full duplex voice technology" (Full Duplex), developers can use this technology to create their own dialogue applications. More than a year ago, Microsoft (Asia) Internet Engineering Academy had made it possible for Xiao Bing and human users to complete a total of more than 600,000 telephone exchanges by explicitly informing users that Xiao Bing was not a human being. In April of this year, Microsoft formally announced the Full Duplex sensory sensation in the United States and China, and completed productization. The Yeelight Voice Assistant, developed by Million Union's eco-chain company, is the world’s first smart device equipped with full-duplex voice interaction senses.

In addition, in order to promote universal AI, Microsoft also launched the Institute of Online Artificial Intelligence (https://school.azure.cn/). The goal is to train more than 100,000 artificial intelligence talents within one year and will provide free AI foundations and core technologies. A total of 250 hours of AI class credit courses, including high-end applications, covers 10 application skills. Users who complete the course can also apply for the Microsoft Professional Degree Program (MPP) as a professional skills certification.

While supporting mainstream deep learning platforms such as TensorFlow, CNTK, etc., Microsoft also launched the Open Neural Network Exchange (ONNX) project, which aims to promote the interoperability of artificial intelligence research, allowing any deep learning framework on any chip and any Can run on the device. Currently, there are already 15 companies supporting ONNX, and more companies are joining in. There are already six top-level frameworks such as PyTorch that support ONNX, and other frameworks can be supported by converters.

Microsoft Project Brainwave can use real-time artificial intelligence processing using Azure's state-of-the-art FPGA infrastructure. Users only need to use real-time single batch data to obtain the performance that can be obtained much more batch data processing in the past and achieve real-time calculation of artificial intelligence. Moreover, FPGA computing is not only available in the cloud, but can also be provided locally via the Azure Stack hybrid cloud.

Shen Xiangyang announced that Microsoft will give full play to its all-advantage technology and resources in the field of artificial intelligence, and conduct all-round cooperation with all sectors of Chinese production, learning and research, create a first-class platform for scientific research and education, develop advanced solutions for enterprise innovation, and provide AI for all. Provide free training; at the same time, Microsoft extended cognitive services to the edge of intelligence and launched the ONNX project and the ML.NET open source cross-platform artificial intelligence development framework, with 18 innovative technologies, tools, and services to fully support Chinese developers.

As the largest and most versatile research institution outside the United States, Microsoft Research Asia has made many breakthroughs in computer vision and natural language understanding in recent years:

The accuracy of image recognition for the 152-tier ResNet published by Microsoft Research Asia in 2015 has reached 96%, better than humans.

In August 2017, Microsoft's error rate in the Switchboard speech recognition benchmark test has been reduced to 5.1%, which is comparable to that of human professional stenographers.

The OCR technology developed by Microsoft Research Asia, which adds graphic character recognition capabilities for various artificial intelligence applications, currently supports Microsoft applications from Office to Skype, Bing, HoloLens, and can recognize printed fonts, art characters, hand-written fonts, and can meet requirements from smart clouds. Various scenes to edge calculations. At present, the handwriting recognition accuracy of the OCR engine V3.0 is 70.5%, and it has been deployed in Microsoft's cognitive service, which can be used by developers for their own development of smart applications.