Lu Qi turned Baidu's AI revolution back to square one? 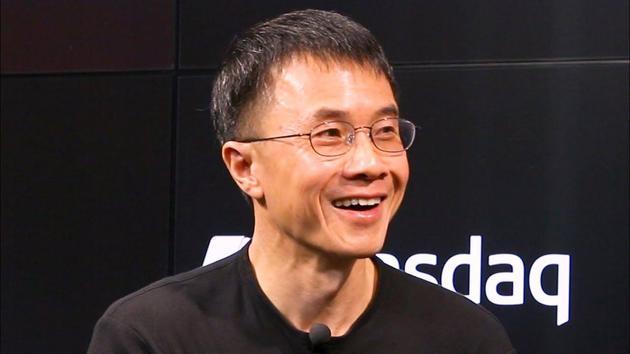 In 2017 Baidu's Summer Party, Lu Qi wearing a short-sleeved T-shirt troted on the stage as a lucky draw. The 56-year-old "Men & Tech" left a deep impression: lean and capable, even slightly These youthful sensations and enthusiasm and enthusiasm make it hard to imagine that he is a world-class AI expert.

After finishing the “Unmanned Vehicle Drive Test Opportunity” a series of “Future Spree” awards, the scene he called, “This year is the first year of AI! "In fact, since Lu Qiqi joined Baidu for public appearance on every occasion, he has spared no effort to serve as an AI platform." At the end of that activity, he said with a little excitement, "In fact, I still have a gift that will not be given until next year. Our AI technology is getting stronger and the opportunities are really too much. Next year we will bring more first-class AI technology products to everyone and see you later! "No one thought that this year they did not have a chance to meet again.

Why did Lu Qi leave Baidu? Who will pick up his unfinished AI revolution? Where does Baidu next develop? With these questions, "Investor" reporter has been trying to contact Baidu, but as of press time, the reporter did not receive a reply from Baidu.

The motto is more than others "do more" & rdquo;

In fact, Lu Qi's accomplishments today are also the fate of the fate. Born in Shanghai in 1961, he was rejected as a job seeker at a shipyard due to poor physical condition and poor eyesight. In 1980, he was admitted to Fudan University, but once again because of poor vision can not engage in physics experiments, and therefore chose the computer profession. He later went to the United States and received a doctorate in computer from Carnegie Mellon University.

In this way, after graduation Lu Qi has entered IBM, Yahoo. In 2008, Steve ·, the then CEO of Microsoft, Ballmer invited Lu Qi to join Microsoft. At the end of the year, Lu Qi served as president of Microsoft's Internet business unit. During his tenure, he helped Microsoft Bing search share increase from 8% to 20%, and through cooperation with Facebook, against the largest search engine Google.

Wherever he is, Lu Qi has followed his motto for decades: "do more, know more, be more" (do more, learn more, make more achievements). Get up early to check emails, run four miles in the morning, and then arrive at the office, so start a day of work.

In September 2016, Ritchie announced his departure from Microsoft because of a leg injury during cycling. However, it seems that the injury not only did not affect his career, but opened another window, and for a time he became a talented tech company that many top technology companies competed for, but Lu Qi was no longer the body that year. Poor students. Money may no longer be important to him. He embraces a passion that can truly change his country. Lu Qi joined Baidu after returning to China.

In 2016, it seems that it was the lowest time since Baidu was founded. “The Wei Zexi incident” pushed the core business model of Baidu, the search advertising auction, to an unprecedented moral dilemma, and the entire enterprise has also been criticized by the public. . The company's stock price continued to drop and led to being thrown out of the "hundreds of billions of clubs."

Lu Qi’s contribution to the main channel is very obvious, especially in the driverless business: He only started Baidu’s integration of Baidu’s internal resources within two months, established a smart driving business group and personally served as general manager. Afterwards, it launched the Apollo plan, aiming to "become a driverless Android system."

However, after the departure of Lu Qi, whether Apollo’s plan can continue to advance will undoubtedly be a question mark. Baidu’s drone departure was quite serious. In just one short year, Wu Enda, former chief scientist of Baidu, Wang Jin, former senior vice president, Yu Kai, former deputy director of the Institute of Deep Learning, and former president of the Institute, Lin Yuanqing and No. The original chief architect Peng Jun and others have left their businesses. Together with Lu Qi’s departure, the Apollo project has cast a shadow on it.

Back to the origin?

However, "All in AI" Lu Qi entered Baidu to do the first thing directly to the "Medical Advertising PPC" ”. On February 8, 2017, Lu Qi cut off the Baidu Medical Business Unit, and the mobile medical unit was laid off overall. Lu Qi, who has never worked in China, has tried to drag Baidu's giant giant's "torso". .

As we all know, medical advertising is one of the most profitable projects in the advertising business. Frankly speaking, this also means that it is difficult for Lu Qi’s reforms not to touch the actual interests of the senior executives. Looking back at Lu Qi’s resume, he has blood flowing from his engineers and apparently differs from Baidu’s long-standing value in generating income from medical advertising.

In fact, contrary to Lu Qi’s persistent emphasis on Baidu as an artificial intelligence company, Li believes that AI is not the main business of Baidu.

Previously there were media reports that Robin Li had stated in the January earnings conference call that he had not said that Baidu's All-in (all inputs) AI, "I believe AI very much, but Baidu does not put all resources on it." To do the unmanned car, ‘secret & rsquo;, most of the resources are still in the Baidu search, information flow these relatively core business. ”

At this point, perhaps the market can explore one or two of the real reasons for Lu Qi's departure, which is not the same as the one-handed approach. Lu Qi seems to have no effect even if he embraces reforms. For the reasons for leaving, Lu Qi said that it was due to "personal and family reasons." However, history is always strikingly similar. More than a year ago, when Lu Qi took office, Wang Jin retired from the position of General Manager of the Autopilot Business Department. He declared that it was the reason for “personal and family” and then followed by Wu Enda. Without exception, this was quite intriguing. .

In fact, just when Lu Qi had just decided to join Baidu, Tang Jun, who had also served as the post of president, had written an open letter to tell Lu Qi: "In Baidu, something can't be changed and it only adapts." "Who had thought that it would be a success now."

Related news
Baidu lifeline AI
Huawei mate 30 reverse wireless charging evaluation rechargeable Qi protocol equipment
Hot news this week
Gree's response to "being disqualified from winning the bid": a mistake made by the bidder in sorting out the materials
Apple wants to know: what do you do with the charging head of the old iPhone?
IPhone 12: it's more like throwing away the charger
ASUS main board leads Rog day fans Carnival highlights
Luo Yonghao comments on ideal one: Tesla Model 3 is not a car of a level at all
A 400-brand evacuation Facebook： the internet giant strangled?
The dotcom bubble? U.S. technology stocks surpassed their 2000 highs relative to the S & P 500
Tesla's warranty service suddenly shrinks: touch screen and media control unit halved to two years
Samsung and research team found a new semiconductor material: amorphous boron nitride (a-bn)
Tesla's warranty service suddenly shrinks? Official response: the truth is here
The most popular news this week
Taobao off the shelf "the last survivor: Part Two" entity game has been unable to search
NVIDIA 451.67 video card driver release: fixing 23 bugs, saving 144hz HDMI display
Epic plus three: free 3 games and torch light 2 next week
How difficult is it for Tesla Model 3 owners to protect their rights when they speed up to crash into the muck and FSD is suspected to be reduced?
Tian Suning talks to Intel's former CTO: where is 5g's "killer app"?
Trojan program with the help of game download station again spread cloud control malicious module
China's first Ku band high-throughput broadband commercial communication satellite "Asia Pacific 6D" launched successfully
European Supreme Court: YouTube does not need to submit user information for publishing pirated films
NVIDIA surpasses Intel for the first time! A victory for fabless and AI
Duty free iPhones are delicious, but you should also pay attention to these "holes"