GitHub originally talked to Google about why Microsoft chose Microsoft 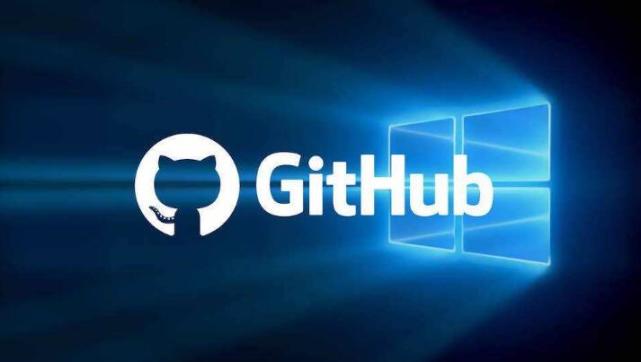 On Monday, Microsoft agreed to spend US$7.5 billion to acquire the GitHub code hosting platform. However, Microsoft is not the only company that has tried to acquire GitHub. According to informed sources, in the past few weeks, Google representatives have also discussed acquisitions with GitHub.

It is reported that the negotiations for the acquisition of GitHub have continued for several weeks. In the end, Microsoft gave a very high bid and successfully blocked Google. In the past, GitHub has also attracted the interest of companies such as Amazon.

According to informed sources, GitHub’s annual revenue is approximately US$300 million, and Microsoft’s purchase price is 25 times of its revenue. In August last year, GitHub stated that it had an annualized return of $200 million. In October last year, it claimed that it was expected to generate more than $100 million in revenue a year for only one enterprise product.

In recent years, Microsoft’s dominant market share of Windows is declining, forcing Microsoft to seek other ways to attract developers. The acquisition of GitHub and the professional social networking site LinkedIn means that Microsoft now has two top professional websites, which is crucial for it to attract scarce tech talent.

Although Google Cloud Services is under development under the leadership of Diane Greene, the company has so far not conducted any major acquisitions in this area. This is in stark contrast to Microsoft, which has acquired GitHub and LinkedIn. Its price for acquiring LinkedIn is as high as $26 billion.

According to informed sources, GitHub founder and former CEO Chris Wanstrath had a good relationship with Microsoft CEO Satya Nadella. Since he led Microsoft four years ago, Nadella has been supporting open source software and programming tools to promote development and attract third-party developers. Chris also intends to provide its tools to developers for free.

According to informed sources, over the years, GitHub has been the target of many companies (such as Microsoft, Google and Amazon, etc.).

In recent years, companies such as Atlassian based in Australia and the United States and Tencent in China have expressed their willingness to purchase.

"People have long been interested in acquiring GitHub. “Lee Peter Levine, partner of venture capital firm Andreessen Horowitz, said,” GitHub has many options, but it is strategically aligned with Microsoft. "Levin did not give the name of the company intending to acquire GitHub.

In a blog post on Monday, Levin wrote that in 2012, Andreessen Horowitz invested $100 million in GitHub, which is “the largest check we’ve ever issued”. In 2015, GitHub conducted another round of financing activities with a valuation of US$2 billion. The financing activity was led by Sequoia Capital.

In the past 24 months, Nadella has won Wanstras's favor for GitHub's strategic vision for Microsoft. GitHub's new CEO, Nat Friedman, currently plans to operate GitHub independently, just as Microsoft has let LinkedIn run independently, despite the fact that GitHub will eventually become Microsoft with products like Office 365 and Dynamics 365. Part of business cloud business.

Friedman said that, in any case, Microsoft wants GitHub to do what it is good at.

Vancestras said that GitHub has negotiated with Microsoft for several years and the two companies have a common mission to help developers become more efficient.

Related news
Microsoft Improved Microsoft Edge Rolling Experience
Microsoft announces a new chapter Fluent UI： Microsoft 365 experience (photo)
Microsoft edge browser ushers in "surfing the Internet" game
Hot news this week
Gree's response to "being disqualified from winning the bid": a mistake made by the bidder in sorting out the materials
Apple wants to know: what do you do with the charging head of the old iPhone?
IPhone 12: it's more like throwing away the charger
ASUS main board leads Rog day fans Carnival highlights
Luo Yonghao comments on ideal one: Tesla Model 3 is not a car of a level at all
A 400-brand evacuation Facebook： the internet giant strangled?
The dotcom bubble? U.S. technology stocks surpassed their 2000 highs relative to the S & P 500
Tesla's warranty service suddenly shrinks: touch screen and media control unit halved to two years
Samsung and research team found a new semiconductor material: amorphous boron nitride (a-bn)
Tesla's warranty service suddenly shrinks? Official response: the truth is here
The most popular news this week
Nearly half of U.S. households reported a decline in income
High pass snapdragon 865 plus single core and multi-core test results show that the performance is significantly improved
Taobao off the shelf "the last survivor: Part Two" entity game has been unable to search
NVIDIA 451.67 video card driver release: fixing 23 bugs, saving 144hz HDMI display
Epic plus three: free 3 games and torch light 2 next week
How difficult is it for Tesla Model 3 owners to protect their rights when they speed up to crash into the muck and FSD is suspected to be reduced?
Tian Suning talks to Intel's former CTO: where is 5g's "killer app"?
Trojan program with the help of game download station again spread cloud control malicious module
China's first Ku band high-throughput broadband commercial communication satellite "Asia Pacific 6D" launched successfully
European Supreme Court: YouTube does not need to submit user information for publishing pirated films