Why did GitHub sell Microsoft to diss programmers? 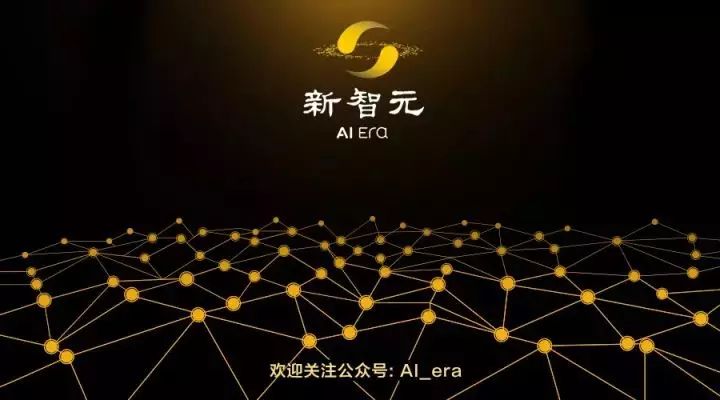 Microsoft officially announced that it will buy GitHub for $7 billion 500 million, and is expected to complete the acquisition by the end of the year. For this reason, most programmers must refuse.

When hearing the news that GitHub will be bought by Microsoft, the vast majority of programmers must refuse, otherwise there will be no:

It is worth mentioning that in November last year, Stack Overflow, the world-renowned technology Q & a community, was confirmed to be laid off, involving nearly 20% of its 300 employees. I have no choice: as a community forum in the heart of technology developers in the year, death, residual disability, and now even GitHub must face the embarrassment of being bought.

Bloomberg reported that Microsoft had agreed to acquire GitHub, the code hosting platform, which was announced the fastest on Monday (US local time), according to people familiar with the matter. In fact, as early as last Friday, Business Insider first disclosed that Microsoft had held talks in the past few weeks to discuss the acquisition of GitHub.

According to a person familiar with the matter who did not want to disclose confidential information, GitHub abandoned its original listing plan and chose to sell it to Microsoft, in part because of its commitment to Microsoft's CEO Satya.

Bloomberg reports that the acquisition provides a way for GitHub in San Francisco, which has been trying to find a new CEO for the past 9 months, and its main business has not yet been profitable.

Why does GitHub fall to this point?

It is understood that the last valuation of GitHub in 2015, close to 2 billion U.S. dollars.

It can be seen that since its inception in 2008, GitHub has won 3 rounds of huge financing, and has won the favor of A16z, Sequoia Capital, a well-known venture capital agency.

However, it seems that GitHub has gone downhill since 2016. In the first three quarters of 2016, it made a loss of $66 million, even though it received $98 million in revenue.

At the time, according to news sources, and Bloomberg's assessment of its financial documents, the company had sustained losses due to overspending and the attitude of GitHub in the face of emerging competitors. However, Chris Wanstrath also claimed that she would resign as CEO because she wanted to travel and write code to get to know the users better.

In August 2017, GitHub announced the search for a CEO to replace Chris Wanstrath, one of the founders of the company. During the transition period, Github chief business officer Julio Avalos joined the board of directors to take over the daily leadership of the company.

Where did Microsoft look at GitHub?

In simple terms, GitHub is a software source hosting service for version control through Git, which was originally written by Chris Wanstrath, PJ Hyett, and Tom Preston-Werner in Ruby on Rails. GitHub also provides paid accounts and free accounts, which can create private code repositories.

For programmers, GitHub is an essential tool. Many companies including Microsoft and Google will choose GitHub to store and collaborate.

At present, there are nearly 27 million software developers on the GitHub platform, providing support for their more than 80 million code base. That's why GitHub is a homosexual social platform for developers.

It is worth mentioning that Microsoft, once opposed to the development of open source software, has become one of the biggest contributors to GitHub.

Since Nadella took the helm in 2014, Microsoft has completed a series of amazing changes: reducing the importance of Windows, focusing on mobile and cloud computing, embracing open source, and transferring the internal development of the company to the Windows operating system to Linux in a completely new way to maintain contact with the developer community.

However, Microsoft has previously had a code hosting platform, CodePlex, one of GitHub's most powerful competitors, but the platform announced it stopped operation in 2017 and officially closed in early 2018.

In the past few years, Microsoft and GitHub have been approached intermittently.

Comments say that once it gets hundreds of millions of developers working on GitHub's millions of companies on the GitHub, it will be easier to encourage them to use Microsoft's cloud services and other products to defeat one of their rivals' Amazon.

It's hard to have a better code hosting platform than GitHub.

Liu Jiang, Dean of the Academy of technology, commented:

Many students may wonder that GitHub is not very well developed. Programmers can't get away with it every day. How can they sell it? In fact, from the commercial point of view, the track of GitHub has been cut off. This fierce man is from Australia's Atlassian, with a market capitalization of almost 15 billion dollars. Another StackOverflow, a code farmer, has also had no new financing news for a long time. 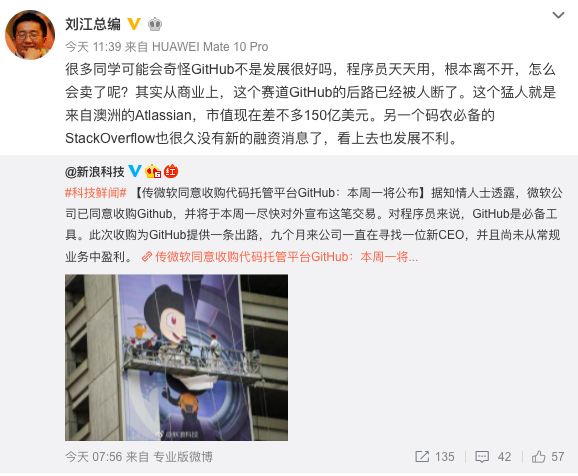 At the same time, we also noticed that GitLab, one of the GitHub competing products, has launched a tool to migrate from GitHub to GitLab, and from the zero point of June 4th, both Project and Repository have come to the peak of the migration.

The netizen from HackerNews commented:

Users on GitHub not only share code, but also keep in touch with each other. GitHub has been successful because it is not only a free online Git storage service, but also a developer and user community.

For example, Bitbucket is another website that provides Git hosting services, but it fails to build its own community. The result? Compared with GitHub, it has received less attention.

So, although GitLab is also trying to be

Finally, it's a question: it's hard to have a better platform than GitHub on the code hosting, but GitHub makes a lot of money and it's hard to do. What role will GitHub play after joining Microsoft ecosystem?