2018 models iPhone may be delayed by one month

From the rumors of this month, everyone seems to have known that Apple is preparing three models for the new generation of iPhone 2018. However, there are new rumors that not only the total number of these three models is less than that of last year's generation, and that the time to market of one of the mobile phones may be delayed by about a month or more than the other two models, and to save the cost of the face ID in order to save costs. Many mature features are cut off. 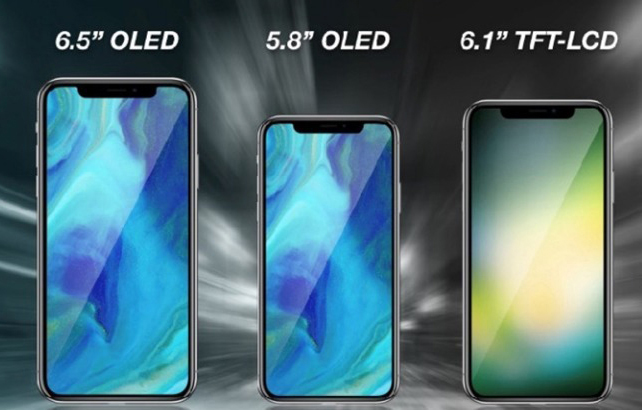 Specifically, the 2018 iPhone X and the large version of the iPhone X Plus may be officially launched at the end of the same month after being released in September this year. However, the relatively affordable and more anticipated new version of the iPhone for the LCD version is expected to be postponed until October. This rumor stems from a recent report published by Nikkei, and the sources of the media are some sources close to the supply chain.

The news pointed out that the cheaper iPhone will only begin mass production from August, one month later than the two "X" models of OLED screens. Since July of this year, the Foxconn and Heshuo, the two major generations of Apple iPhones, will begin to assemble parts for the new OLED models, and the assembly time of the LCD models will have to wait until August, so two OLED machines The shipment time from the factory to the model may be slightly earlier than the LCD model by about one month.

According to sources, Foxconn will remain the largest assembler of the new iPhone in 2018 and will be responsible for the production of all 5.8-inch OLED models. It will also be responsible for 80% to 90% of the output of 6.5-inch OLED models and 30% of LCD models. Orders, and Heshuo is expected to obtain 60% of orders for LCD models. In addition, the panel of the OLED model is still provided by Samsung, while the LCD model is supplied by JDI and LG Display.

Last year, because Face ID feature face recognition module "original deep camera system" encountered difficulties in production, Apple had to postpone the delivery time of iPhone X. Mainly because Apple integrated 3D face recognition technology for iPhone for the first time, but the production line is not yet mature. Due to the complexity of the system itself, it brings many yield challenges to manufacturers, leading to component shortages.

However, this time, the reason why the LCD version of the iPhone appeared to be delayed in the market seems to be due to the elimination of functional features that have been mature for several years. According to the news, in order to reduce the total cost of the new model, Apple plans to remove the 3D touch function from the LCD version of the iPhone. The key is that Apple consider replacing it with a software-based solution, but this solution is only the nature of imitation. 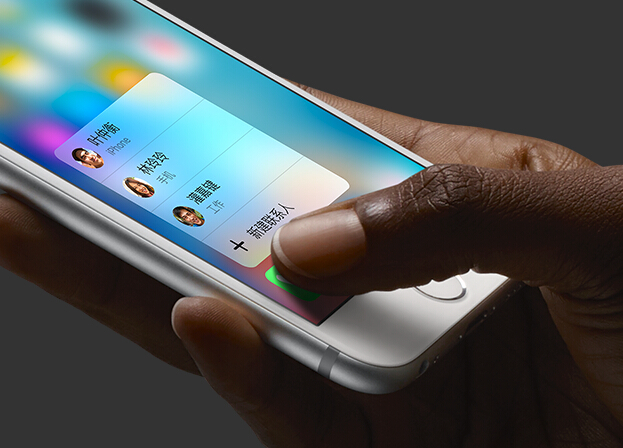 Allegedly, this software-based "3D touch" feature is similar to the current device in the Android camp. The long-pressed application icon can pop up a shortcut menu, allowing the user to launch the application without launching the application. To achieve further operations.

Apple not only abandoned the 3D Touch on the LCD iPhone model. In order to save costs, Apple did not plan to provide dual cameras, or even a glass body, and did not support wireless charging technology. Of course, LCD models will still be equipped with Liu Haiping, and ultimately, Apple’s face ID function. It is unclear whether Apple has to reduce the cost of other bulls because of this feature. It is also unclear whether the body is for the sake of saving. Costs while retaining the chin.

In addition, as mentioned in the Nikkei report, the total production capacity of the new-generation iPhone this year has been tightened compared to last year. Last year, the iPhone 8 series combined with iPhone X order production reached 100 million units, but this year's new iPhone total orders have been reduced to 80 million.

Related news
The History of the Development of the iPhone Camera
The History of the Development of the iPhone Camera
IPhone 11, what an embarrassment!
Hot news this week
Challenge the fierce rival Intel amd Su Zifeng: This is just the beginning!
Musk is going to blow up the rocket tomorrow
Huawei mate XS Ministry of industry and information technology access: equipped with Kirin 990 5g, better hinge / screen
Can't OEM 16nm chips for Huawei? TSMC: hard to estimate but ready for changes in export control at any time
Samsung Galaxy a71 5g exposure: equipped with exynos 980, square four shot
Magic mobile phone protection shell, match 20 Pro for sale, match 30 Pro for second change
NetEase cloud music and station B could be the only two accidents
Unsealed Taobao account in 980: no malicious refund
TSMC denies being pressured by the us to set up factories in the US: there is no final decision at this stage
Samsung Galaxy a71 5g exposure: cheap "note10" with exynos 980 and square four shot
The most popular news this week
NetEase cloud music and station B could be the only two accidents
Microsoft CEO: technology companies should protect data privacy just like human rights
CAAC: no refund fee for air tickets from 0:00 on January 24
President of Xiaomi International: Xiaomi still wants to enter the US market dominated by apple and Samsung
Over 80 million yuan of contract has been awarded to golde infrared for the application of self-developed chips in the prevention and control of pneumonia
Huawei Developers Conference Announces Extension: Change to Live Online as a New Pneumonia Epidemic
Microsoft chromium edge stable edition ushers in the "new tab" after function improvement
Huawei P40 Pro toughened film spy exposure: the effect of increasing screen curvature is worth looking forward to
DxOMark announces iPhone 11 score: 109 points, just equal to Huawei P20 pro of the year before
Google and Mozilla are sending cake to Microsoft's new edge team