Microsoft's acquisition of GitHub: After many years, everyone will understand that this is a great acquisition

Editor's note: Author of this articleOwen WilliamsOriginal titleMicrosoft acquiring GitHub is a good thing. Here’s why. 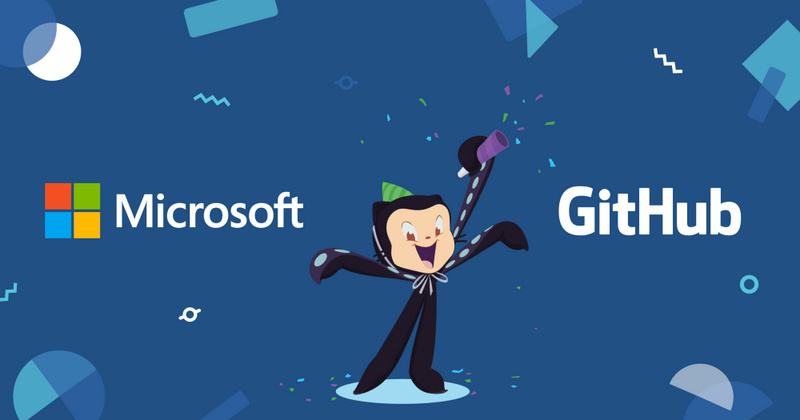 GitHub is now a "branded leader" Microsoft has acquired it for $ 7.5 billion, after the company had been operating as an independent company for 10 years. Now GitHub is just like "Little Sister" and generally finds "Mother" and doesn't need to go public again.

However, throughout the entire network, developers have responded extensively——some voices are positive, there are also some negative voices denouncing GitHub committed to Microsoft.

I believe Microsoft's acquisition of GitHub is the best result for all parties including GitHub itself. We have to look at how we got to this point.

GitHub has never had a shortage of capital, and about $350 million of VCs have backed behind ——though it eventually stagnated in the fight against commercial realities.

As a result, the company’s lackluster business development over the years can be described with almost no achievements. This led many people in 2016 to jointly write an open letter to the company complaining about how bad its own platform management work is:

However, many of us are frustrated. Our group of people running some of the most popular projects on GitHub feel completely ignored. And when we question through the only channel you provide, we receive a blank response or even no response. We don't know what happened to our request, and GitHub is processing these requests. Since our own work is usually open, and everyone is involved in this process, GitHub seems to be weird in the dark as our most important project platform.

In response, GitHub eventually apologized and admitted that it lacks motivation or attention. In the future, it will work hard to “give feedback on GitHub to be a more transparent experience”.

The internal disputes of GitHub can be largely attributed to the work environment issues disclosed in 2014. The company’s founder Chris Wanstrath has been trying to revolutionize the company for the past few years.

Wanstrath, who has served as Acting CEO for the past few years, refocused GitHub's focus on corporate games and involved larger companies to increase revenue. GitHub Enterprise is a hosted version of the platform where companies can run. In the past, I've used GitHub Enterprise. It's pretty good, —— even GitHub seems to like it.

The company has done a better job in characterization release, pacifying developers to some extent, but developments have now taken place. The last seven months have seen no leader, and they are still struggling to find new alternative products until today. The rest.

In the past three years, Microsoft has undergone tremendous changes in both aspects. One is to consider ways to build software, and the other is to share with the world. After former CEO Steve Ballmer, his successor Satya Nadella took the company in the other direction: completely open.

In this context, Microsoft's acquisition of GitHub makes sense because it gives this startup a new home and provides it with unlimited room for development. It will continue to develop for open source while achieving the necessary architecture for success. tool. Although I generally do not like this kind of platform integration, I totally do not believe that GitHub can achieve its own integration in the future. 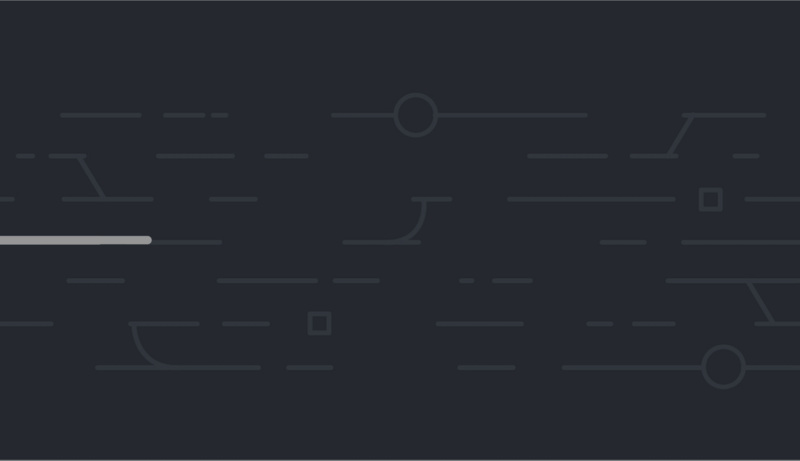 People are constantly moving from computing platforms like Windows to APIs, cloud computing and development tools. Microsoft sees this, and benefits from nurturing the community and building excellent tools for developers to use these tools for free on a cross-platform basis.

GitHub is naturally the best player, and the size of Microsoft means that it may be able to provide individuals with some basic functionality, such as a private repository —— for free, to gain more goodwill in the community.

In the past three years, Microsoft has spared no effort to win the support of the developer community and demonstrated its investment determination —— even before the intention to buy GitHub:

In the process of contacting the developers to gain a goodwill in the community, Microsoft eventually became one of the most important promoters of open source.

It was because of Microsoft's efforts that I was tired of Apple's hostility towards developers and decided to jump from Mac to Windows in 2017. This work has led to a new generation of developers who can work on any platform and use the best tools, whether they are in PC, Mac or Linux. Microsoft found itself building the best tools for everyone, not just closed platforms.

This is very important, because I can't think of anyone who is more suitable than Microsoft to acquire GitHub—— Microsoft will be regarded by the community as a high standard company.

I don't want Microsoft to merge GitHub with its own tools or fill it with advertisements. Instead, GitHub is considered a developer can invest in because they know that GitHub has Microsoft support behind it.

When it comes to Microsoft's past, people can easily say clichéd jokes. However, the hard work of hundreds of people across the company has successfully transformed an organization that rejects open source so that it fundamentally embraces open source.

GitHub's own announcement touched on the shared vision and stated that both Microsoft and GitHub understand the responsibility of the transaction:

But more importantly, their vision for the future is very much in line with our vision for the future. We all think that GitHub needs to continue to be a platform open to all developers. No matter what language language you speak, from which platform, GitHub will always be your home — & mdash; will allow you to create the best place for software creation, collaboration and discovery.

Most importantly, we recognize our own responsibilities for this agreement. We are committed to being a supporter of the GitHub community, which will retain its development-first philosophy, operate independently and remain open. We will always listen to the voice of developers and further increase our investment in basic functions and new functions.

I am very excited because this perception gives GitHub a foundation for long-term development. There is no better place for Microsoft to continue its growth than Microsoft, and Microsoft's work to help developers succeed will continue. 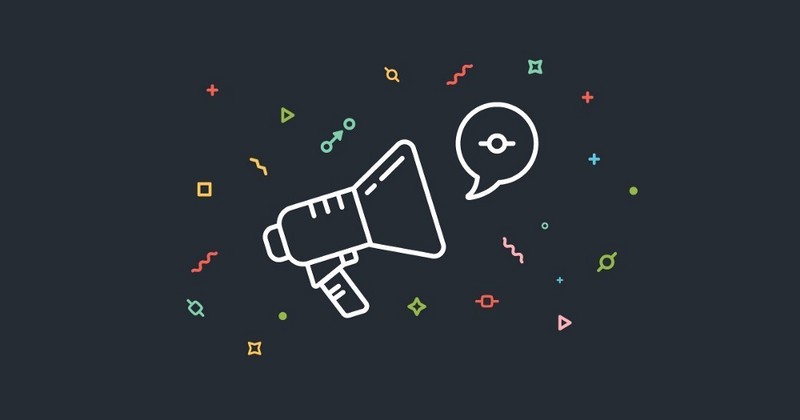 Once this acquisition is over, everyone has their own wishes. I think this is a great acquisition in the long run, which guarantees that GitHub can contribute as a development tool in the future.

There is a saying that I like very much, that is, before Microsoft's eventual demise of GitHub, or even worse, it gave GinHub enough support before it fell into the hands of a company that could actually do bad things with such a large platform.

What's even more exciting to me is that Microsoft may succeed in revitalizing GitHub, making it an open platform that can bring meaningful innovation to our open source tools. After all, GitHub is a decentralized system, so even if Microsoft messes up, it's actually not a big deal.

Related news
Hot news this week
Gree's response to "being disqualified from winning the bid": a mistake made by the bidder in sorting out the materials
Apple wants to know: what do you do with the charging head of the old iPhone?
IPhone 12: it's more like throwing away the charger
ASUS main board leads Rog day fans Carnival highlights
Luo Yonghao comments on ideal one: Tesla Model 3 is not a car of a level at all
A 400-brand evacuation Facebook： the internet giant strangled?
The dotcom bubble? U.S. technology stocks surpassed their 2000 highs relative to the S & P 500
Tesla's warranty service suddenly shrinks: touch screen and media control unit halved to two years
Samsung and research team found a new semiconductor material: amorphous boron nitride (a-bn)
Tesla's warranty service suddenly shrinks? Official response: the truth is here
The most popular news this week
Taobao off the shelf "the last survivor: Part Two" entity game has been unable to search
NVIDIA 451.67 video card driver release: fixing 23 bugs, saving 144hz HDMI display
Epic plus three: free 3 games and torch light 2 next week
How difficult is it for Tesla Model 3 owners to protect their rights when they speed up to crash into the muck and FSD is suspected to be reduced?
Tian Suning talks to Intel's former CTO: where is 5g's "killer app"?
Trojan program with the help of game download station again spread cloud control malicious module
China's first Ku band high-throughput broadband commercial communication satellite "Asia Pacific 6D" launched successfully
European Supreme Court: YouTube does not need to submit user information for publishing pirated films
NVIDIA surpasses Intel for the first time! A victory for fabless and AI
Duty free iPhones are delicious, but you should also pay attention to these "holes"