Apple will repair iPhone loopholes US police are angry: can not crack 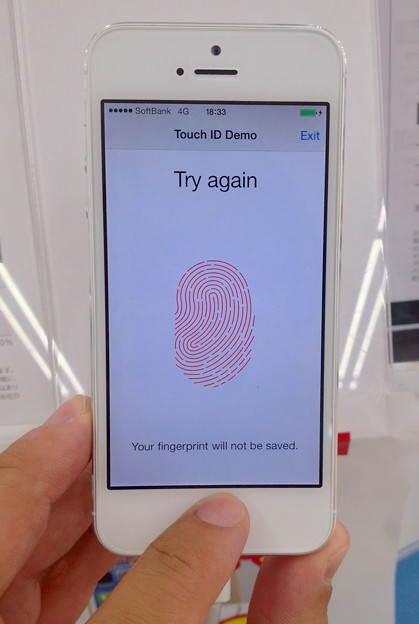 For a long time Apple has beeniPhonePositioned as a security device that can only be unlocked by the user, this leads to continuous conflicts between Apple and government law enforcement personnel on obtaining information from user devices. As early as 2016, Apple has openly refused to assist the FBI in unlocking a suspected murderer's iPhone, which has caused widespread concern in the industry.

Eventually FBI hired a third-party agency to bypass Apple’s security settings in a fee-based manner. Since then, law enforcement agencies across the country have increasingly adopted this strategy to unlock the iPhone, hoping to extract key information from the cracked iPhone.

But now, Apple is fixing this technology loophole, which has made it impossible for the police and other government workers to unlock the iPhone through previous methods. This has again triggered a debate about whether the government has the right to access users' personal devices.

Apple said that it is planning to launch an iPhone software update to disable cell phone charging and data ports one hour after the cell phone locks, that is, disabling the user's plug in headphones, power cords, and adapters. If you want to use the port to transfer data between other electronic devices and the iPhone, the user first needs to enter the mobile phone password. Of course, the phone can still be charged without a password.

Almost all smart phones currently use Apple's and Google's operating systems. Since 2014, the two companies have begun to encrypt their mobile device software. Encryption technology disrupts existing data so that third parties cannot directly read the information in the device unless they use a special key (usually a password) for access. This frustrated the police and prosecutors, who could not extract data from smartphones even if they had a search warrant.

At the end of 2015, a gunman from San Bernardino, California, killed 14 people with his wife. A federal judge ordered Apple to find out how to unlock the suspect’s mobile phone. Apple Chief Executive Timothy D. Cook responded with an astonishing 1,100-word letter that the company refused to infringe on the privacy of its users. He wrote: "The influence of the government demand is chilling."

The two parties quarreled in court for a month. Then the FBI suddenly announced that it had found a third-party agency to crack the suspect iPhone and paid at least $1.3 million for it. This year's chief prosecutor’s report put forward that the FBI should have exhausted more choices before he filed a court order against Apple.

Since then, there are two main companies that help law enforcement crack the iPhone: Cellebrite, an Israeli technology company acquired by Japan's Sun in 2006, and Grayshift, created in 2016 by former Apple engineers. Law enforcement officials said that they usually unlock the iPhone to Cellebrite, which costs thousands of dollars for each cracked cell phone. In March of this year, Grayshift began selling a GrayKey device for $15,000, which the police can use to unlock the iPhone.

Apple has been blocking security holes in the past. For years, the police used software to crack the phone simply by trying every possible password. Green said Apple stopped the technology by disabling the iPhone after a certain number of incorrect passwords. But Grayshift and Cellebrite's software seems to be able to invalidate Apple's method, allowing their devices to test thousands of passwords.

Law enforcement officials say that unlocking the iPhone through these methods has become very common. They stated that the FBI and large state and local police departments are generally entitled to use these tools, while smaller local agencies seek state or FBI assistance in handling major cases.

According to public records, the law enforcement agencies that purchased GrayKey equipment include the Drug Enforcement Administration, which purchased an advanced device for $30,000 this year. In addition, according to records, Maryland State Police Department, Portland, Oregon, and Rochester, Minnesota all have such equipment.

"They openly protect criminal activities, and they are just clamoring for the privacy of their customers," he said.

video. The man was found guilty this year.

The Manhattan District Attorney's Office stated that in the first 10 months of 2017, they had found and obtained authorization to search 702 encrypted smartphones, of which two-thirds were iPhones. In contrast, smartphones running the Google Android operating system are generally easier to access, partly because many older devices lack encryption.

Encryption on smartphones applies only to data stored separately on the phone. Companies like Apple and Google regularly visit law enforcement personnel to consumers at the companyserverData backed up, for example, through Apple's iCloud service. Apple stated that since 2013, it has responded to more than 55,000 requests from the U.S. government requesting information on more than 208,000 devices, cloud accounts or financial accounts.

The fight to encrypt the iPhone and crack the iPhone to help solve the case is unlikely to subside. U.S. government officials have repeatedly promoted legislation requiring technology companies like Apple to provide back doors for employees to enter mobile phones, but recently found that law enforcement authorities have exaggerated the number of inaccessible devices.

Given that Apple has taken the iPhone's privacy and security as a core selling point, if it is not for Congress to force Apple, Apple may not make it easier to crack.

Michelle Richardson, an analyst at the Center for Democracy and Technology that supports online privacy protection, said Apple’s latest move is part of a long-running cat-and-mouse game between technology companies and law enforcement.

She said: "People have become accustomed to this situation: the government will be able to attack these devices, and then Apple will fix loopholes, and hackers will find another way."