A new program of NASA, “Astrophysics Science Small Satellite Studies”, aims to bring the sights of microsatellite manufacturers to the universe. Earlier this year, NASA asked scientists for a solution to make miniature satellites small (but powerful) telescopes. The answer will be announced on July 13.

While NASA has other micro-satellite programs, their research is largely confined to the solar system. "the sun is so bright on Earth that small telescopes can easily observe them," said Michael Garcia, a program officer for microsatellite research in astrophysics science. But looking at dim light away from our celestial bodies usually requires larger telescopes.

In space, because there is no interference from the atmosphere and the same work is done, the telescopes do not have to be as large as the telescopes on the ground, but they are usually larger than microsatellites. This is why NASA emphasized that the new microsatellite program “is aimed at harnessing the creativity of astrophysics in the scientific community” during the call for proposals. In fact, the scientific community does have some ideas on how to use smaller instruments to complete more scientific research.

Last year, NASA sent scientists "recruitment orders" asking them if they needed more funding for the Biar project, a lower-than-satellite demand for scientific research than the smallest orbital mission. It does not provide funding, cooperation or any other help. It just hopes that the scientists will provide a five-page paper that states that if it gets 10 million to 35 million dollars, it mustDevelopmentAn astronomy research micro satellite, how astrophysicists will use this money. Garcia said, "We have received 55 proposals. We realize that people are really interested in it." 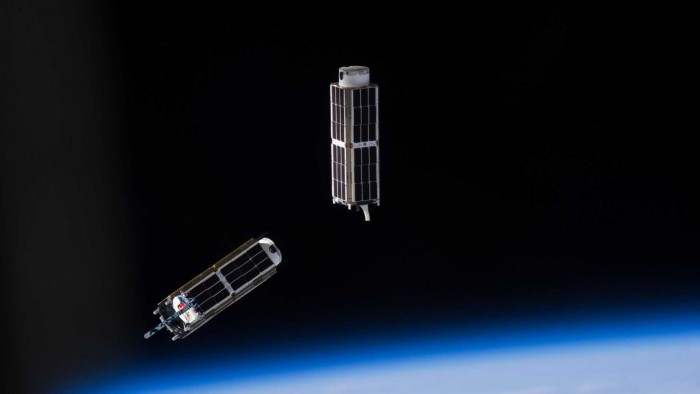 Microsatellites have the advantages of low cost and short development time

After learning about the science community’s interest in microsatellites, NASA began collecting proposals in February this year. The winners, 6 to 10 of whom will receive NASA’s $1 million in funding, will design a miniature satellite that can be used for astrophysical observation missions within six months.

Garcia said: "We want to promote the development of astrophysics." Because next spring - shortly after the end of the six-month design period, NASA will ask these scientists to submit another program - but this time involves real Develop products.

Before beginning to develop specific products, NASA has already solicited the plan three times. But this is faster than NASA's normal work schedule. NASA's larger tasks may take many years to complete and must be carried out exactly as planned. When it is known that a complex scientific instrument must work properly, scientists will use tried and tested techniques.

A multi-million-dollar microsatellite has just completed development work in just a few months? Garcia said: "Compared with larger and more costly projects, we can take greater risks." For example, for the suborbital plan, NASA aims to achieve an 85% success rate.

This is not the usual goal of NASA. For more important observation missions or manned space flights, NASA has higher requirements for success rates. But one of the interesting things about these micro-satellite projects is that they can adopt technologies that may eventually make them an important task. They can test experimental new circuits, sensors, and software. If the project fails, the loss is only a few million dollars. But if successful, engineers can use them more quickly for more important tasks, perhaps overturning some of our current understanding of the universe.

Related news
Tesla is ready to give up LG Chemistry: Hiber System joins the list of subsidiaries
Behind the secondary listing of NetEase JingDong is the Plan B of Chinese stocks
Fascinating: delayed video showing NASA's decade of solar research
Hot news this week
Bitcoin mining machine giant Yibang international successfully listed in the United States: raising more than $100 million
China's second-biggest retail channel for smartphones in May Huawei is a step away
Huawei cloud's industrial Internet business experience: how to make the cloud serve the entire "circle of friends"?
Huawei's first mobile device equipped with Hongmeng may be Kirin 1020 with a 5-nm process
After the total ban, the United States announced the arrest of Fujian Jinhua General Manager Chen Zhengkun!
Japanese legislation forbids walking and playing mobile phones: mobile phones in public places should stand still
A reporter from the United States who was infected with the new coronavirus took part in the trump campaign rally
NASA announces the name of the headquarters building after its first black female Engineer
Most people don't know that the hole at the bottom of the original mobile phone also has this function
A hundred yuan 5g mobile phone is not far away. It's said that the new mt6853 of MediaTek has been launched
The most popular news this week
Wechat has not done this function for N years! Use this app to make up for the defects of wechat
Zhao Ming responds to the offline interview with Yu Chengdong: the pressure this year is much greater than that of last year. Huawei glory is the only two growth brand
How long will it take for a real 1000 yuan 5g mobile phone? Zhao Ming: we have to wait
Glory Zhao Ming: 5g mobile phones account for nearly 50%
Byte beat vice president reconnects Tencent?
It's incredible that Intel will push the z590 chipset pci4.0 early next year?
Selling business out of multinational market
What is the status quo of domestic memory chips?
Zhao Ming talks about 5 G mobile phone competition: do a good job of products without gimmick
What are the difficulties of large screen mobile phones in 5g era? Glory Zhao Ming: it's hard to change it after two years' sharpening