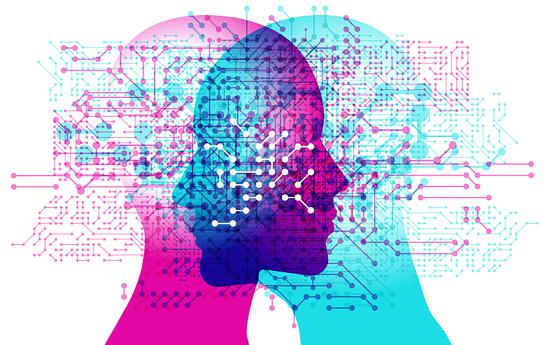 "Outside the line, outside the line, the first debating match between humans and AI has lost." If there are still a group of busy little newspaper boys every morning, then IBM's artificial intelligence Project Debater may be the most recent. After the latest talk on the dinner table.

On June 18th, in an office in San Francisco, IBM hosted the first ergonomic debate competition in history. The two debate topics are: "Do we have to fund space exploration?" "We should use telemedicine more."

In the two debates, Project Debater’s opponents are not to be underestimated. The former is Israel’s national debating champion Noa ovadia, and the latter is Israel’s debate expert Dan Zafrir. Although the opponent was powerful, the on-site debate Project Debater was more persuasive because it provided more favorable evidence, and the final audience voted back to Project Debater.

Suspicious, really suspicious. The machine won the human should not be our first concern, the audience is not professional is the first thing to care about.

In the debate world, there are two arguments about winning or losing: 1. The argument is the truth; the debate is logic.

The repetition of Project Debater in the debate field can be said to deviate from the basic requirement of debate in logic and logic in the simplest terms.

So, according to Yang Suying, an analyst of the smart relativity theory, artificial intelligence was defeated in this debate.

However, in spite of this, there is still room for discussion in the human-computer debate contest.

AIThe quality of humor is saved

Humor is a key factor in controversy during the debate.

In the sci-fi movie “Chap Five” there is such a bridge section. An escape robot has consciousness and insists that he has life. The actor's ultimate test of what he says is a joke. A few seconds after telling jokes, the robot made a series of laughter.

At this time, the actor began to think that it really has self-consciousness. Therefore, there are many people who have the sense of humor in the machine as one of the important criteria for judging whether the machine has evolved to have human thinking.

Whether it is the CCTV's first television debate in 1993 or the current vigorous debate debate, or the annual student debate competition held in major universities around us, humor has always been recognized by the audience and judges. Key factor.

The premise of humor is conflict. Associate Professor Mao Lihua of the School of Psychology and Cognitive Science at Peking University said that the most important function of the human brain is to let us anticipate this world. ”

When we face the one thing that happens in front of us, our brain will think about the possible different directions of development. Some directions have a high probability, and some have a low probability. But if the last thing our brain receives is inconsistent with what the brain had expected, it will create a conflict.

At this point, the brain is in a state of tension and hopes to process this stimulus with cognitive resources. Once the brain finds that its own experience can explain it, then the tension will be released and it will turn into a happy mood.

So, if the machine wants to get the "humor" of this human unique quality, thenFirst of all it should learn to predict.

Recently, Google’s technology incubator Jiasaw, Cornell University and the Wikimedia Foundation have jointly developed an intelligent system to predict the direction of human conversations to prevent unnecessary quarrels and attacks.

Through natural language processing technology, AI will automatically perform semantic analysis on the content it comes in contact with, and extracts the characteristics of the keywords that appear in the discussion content of both sides of the conversation, and then further constructs analysis results through machine learning algorithms.

There are already data from relevant papers showing that a trained computer can predict whether a dialogue will develop in a hostile direction with a 61.6% accuracy rate, and humans are 72% accurate in judging this matter.

There are styles for the strong, as well as for the Defence.

The younger man Huang Zhengzhong who claimed to be the treasurer of Baodao initiated the school of debate —— “ New Jian Zong ” is the first person in Asia to systematically construct debate theory. However, his style is not very easy to learn, and the courts are skeptical that the "Novice Learns Huang Zhizhong must die" assertion.

Not to mention style. Project Debater This guy hasn't even figured it out. It can be said that without human intervention, the debate between the two artificial intelligences is enough to allow a large audience to sleep on the spot.

How is the style formed? The masters created their own style, but the sociologist Tarde told us that creation is rare and imitation is the majority.

An artificial intelligence voice system released by Canadian start-up company Qinni can imitate human speech within 1 minute by analyzing speech recordings and corresponding texts and the relationship between the two.

Qinni's AI system uses an algorithm that mimics human brain thinking. It can grasp the pronunciation characteristics of letters, phonemes, and words when each person speaks, and then reason and imitate the emotions and intonations of this person. , ie "style learning".

The AI's AI voice system has also imitated the voices of Trump, Obama, and Clinton and allowed these three people to successfully conduct a "dialogue."

Unlike Apple's Siri, the bird's intelligent voice system has been relatively natural. But despite this, Professor Dimo ​​· Bowman, a professor at the Institute of Language and Technology at Carnegie Mellon University in the US, said that this AI system can't imitate people's breathing and lip movements in their speeches, so they can still hear the voice of computers. feature.

And AI needs to wait a few years before it truly replicates human voice. So the final conclusion is: For the current AI, the style is not standing.

AI may help humans create a most just debate environment

The precondition for the existence of social democracy is a group of rational and intelligent citizens. And such citizens do not actually exist, because in the democratic system of referendum elections, the citizens’ choices are not judged to be correct. They did not even understand the true and the false before they were right and wrong.

However, in order to maintain the existence of social democracy, Libman, a prominent American news scholar, talks about a public debate in Phantom Public. He pointed out that people can use public debate to distinguish whether a person's speech is for private interest or public interest. This will help us decide whether to adopt the suggestions and rules he proposed.

Perhaps precisely because of the ability of the debate, the elections of successive presidents of the United States took the form of debate.

However, with the explosion of social information, how to build a bridge of discussion in increasingly complex environments and limited citizens’ political judgment becomes particularly important. The AI ​​debater, Project debater, has a very powerful data processing capability and can handle dozens of topics related to millions of news.

In addition, Facebook is also reducing the number of false news transmissions through machine+manual methods. Mark suspicious messages with machine learning algorithms and send them to third-party fact reviewers. Therefore, we can introduce in the debate that AI also has the ability to remind citizens what information they hear is true and what information may be false.

In addition, the AI ​​debater Project debater may also help humans to establish a most just debate environment.

It is well-known that AI is a logical amnesty. This was vividly demonstrated in the game between Alpha Dogs and humans.

Therefore, if the debate is to be decided by logic. So using AI as a fair referee is a good idea. The famous Gongsun Long had used his "white horse non-marathon" technique to make many ancient Confucians speechless, but using the set theory of mathematics can easily solve this problem. AI has long been regarded as a common sense "baby", a logical "giant".

Therefore, as long as the words used by human beings in the debate are all abstracted into mathematical symbols, then when you are still pondering the other side's logical loopholes, artificial intelligence may have already found it for you.

Every artificial intelligence show wants to create milestone progress, but after all, the real milestone is still a few.

It is inevitably somewhat exaggerating to say that AI is defeating human beings in debating this matter. Behind the enlarged emotion, what we should see more is the true appearance of AI.

Related news
Hot news this week
LG double screen mobile phone accessories ads lead to criticism: abnormal old man steals photos of beautiful women
Welcome to zen3! ASUS serial 11, three series AMD b550 motherboard
Microsoft speed! Windows 10 2021 will come next month
Seven manufacturers, such as Xiaomi, oppo and vivo, are too slow to join the mutual transmission alliance? On the spot
Three generations of sharp dragon make new! Amd ryzen 7 3750x / 3850x exposure: 105W super frequency little prince?
Intel updates Wi Fi and Bluetooth drivers for windows 10 systems
What does Huang Zheng want to say about the sudden change of letter style from pinduoduo to shareholders in 2020
LG Electronics will move two TV production lines from South Korea to Indonesia to improve global production efficiency
48 million main camera 120 Hz screen Redmi the most affordable 5 G mobile phone on the shelf :1799 yuan
I'm a Tesla leek for musk
The most popular news this week
Mozilla, reddit and twitter are calling for legislation to protect the privacy of Internet browsing
NASA's Mars rover will be equipped with instruments called Sherlock and Watson
What is the competitive advantage? Comparative analysis of Pixel 4a and iPhone SE 2(figure)
What great events have taken place in the field of space and space since the ten-year gap of manned flight in the United States?
Oakes was awarded compensation of 40 million yuan to Gree Dong Mingzhu: it is suggested to crack down on this "patent hooligan"
Android-x86 8.1-rc5, Android OS running on X86 PC
Twitter "check" trump tweets: two warning labels
Facebook launches catchup, an audio only group chat app
Switzerland takes the lead in launching a new crown contact tracking application based on Apple Google API
Face Huawei's advances: MediaTek dare not take over