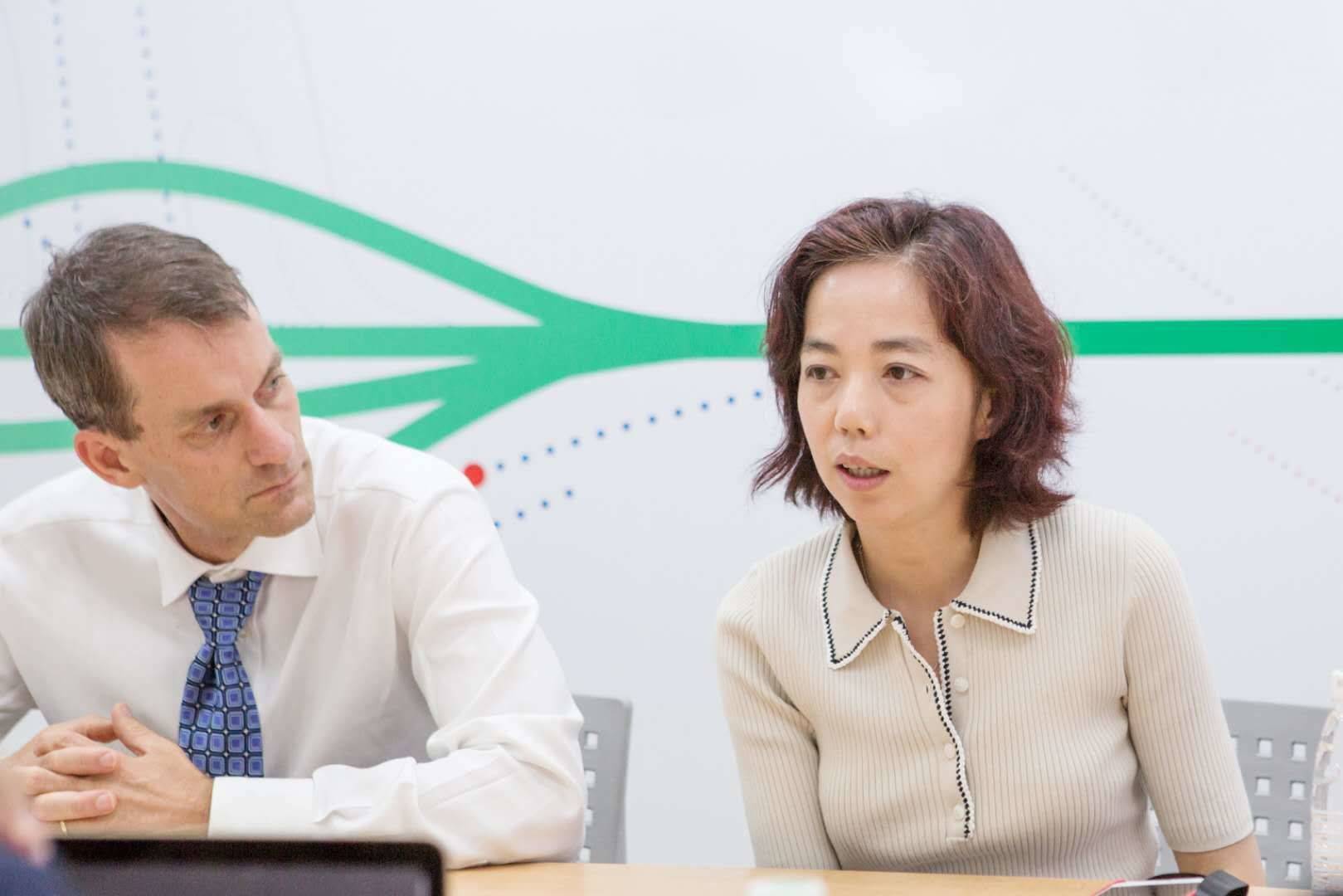 AI is still a child, and Google is also a newcomer on the road to AI. Today's Google, apart from letting AI benefit all mankind, is more important to ensure that AI is developing in the right direction.

Jeff Dean and Li Feifei, these two are definitely one of the most influential figures in the world AI field.

Google AI has been so active in China recently that the two people are Google's important role in the AI system, and they suddenly visit Tsinghua, which is bound to be more than a single Symposium. Geek park has a lot of problems with them, about Google, about China and about AI.

Google carried out departmental split in April this year, split search and artificial intelligence into AI and search two departments, and Jeff Dean formally managed the entire AI system. As the most important source of technology for Google, the role transformation of Jeff Dean is of natural importance, and what impact does this change have on the Jeff itself, for Google and Google's AI business? 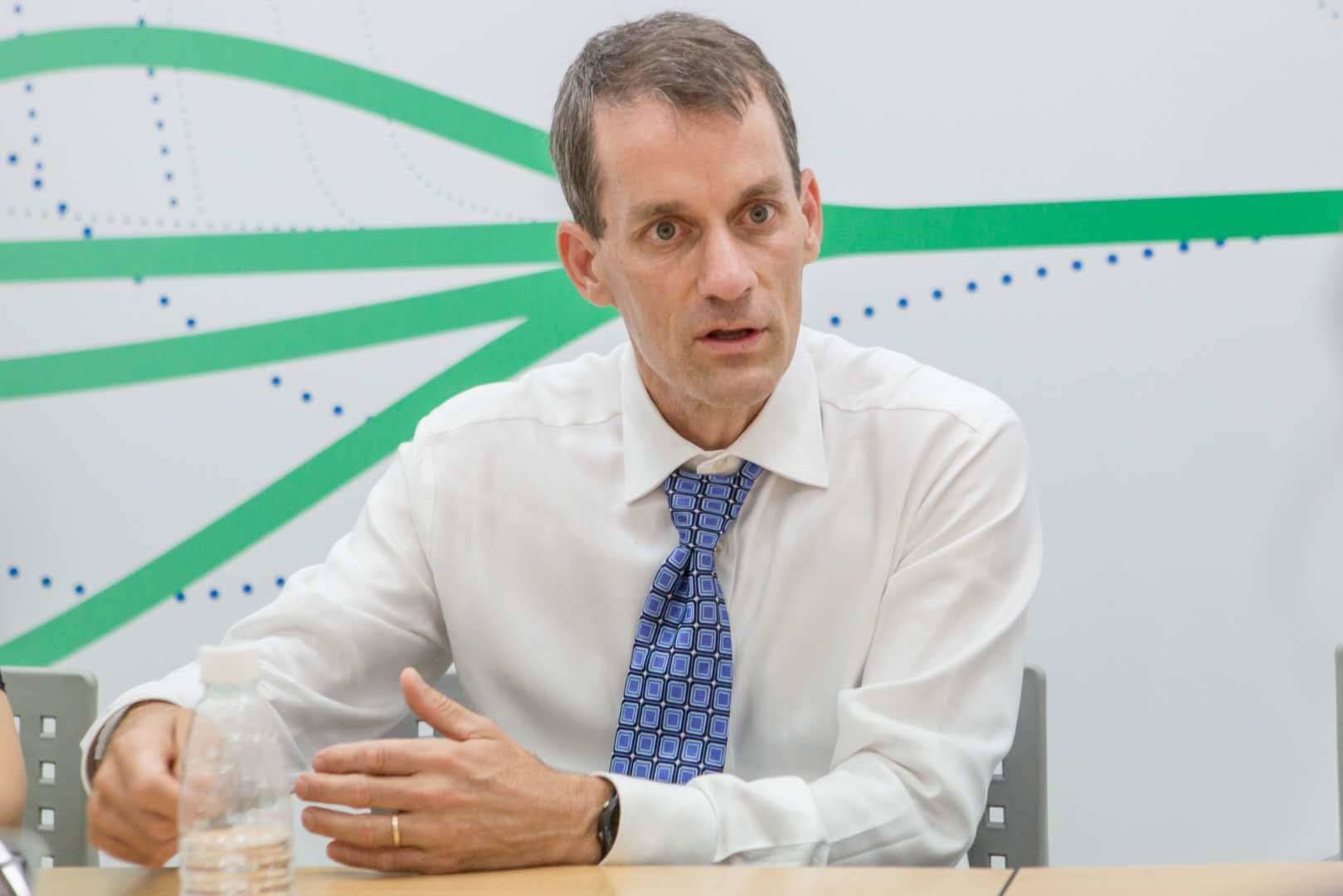 In an interview, Jeff told the geek park that he has just taken over the team for eight weeks now, and now, in addition to the previous work that has already been done, one of the things Jeff is pushing forward is a research work on the basic science of AI.

In Jeff's plan, the most critical work at present is to accelerate the two aspects of the research and management of the AI basic science, and the second one is the hope that the research results can make the global public gains through announcements and other ways, such as Google will carry out its research findings publicly. Meanwhile, Google's software will also be open source software. Google hopes not only to upgrade its products, but also to do more cutting-edge things.

Should Google be strong enough to be afraid of moral hazard brought about by technological progress?

On Google I/O this year, Google's bright muscles generally publish a pile of black technology, including Google Duplex, a Smart Compose to help users write mail. The impact of this technology is so big that it makes people feel that technology can sweep all the problems like a big knife for companies like Google.

But interestingly, Google Assistant also added a function called "Pretty Please" on I/O this year, in order to solve the child's arrogant and arrogant problem with the Google Home conversation.

Google is well aware that emerging technology is often very sharp, which can effectively break the rules and solve problems, but it is possible to create new problems while solving the problem, which is inevitable. However, we do not always adjust the relationship between Humanities and science and technology, and weaken the negative impact of this sharpness. And is Google strong enough to be afraid of the potential moral hazard brought about by this technological change? Geek Park threw this problem to Jeff Dean and Li Feifei.

Li Feifei told the geek park that, in the people-oriented principle of artificial intelligence, AI has a far-reaching impact on the ethics, law and culture of human society, and it is difficult to avoid. AI, as a technology itself develops, its influence on mankind will become more and more obvious with the development of technology.

Therefore, at such a historical moment, both industry and academia have the responsibility to think and study the impact and impact of the technical sharpness of AI on these established rules of human society, as well as the consequences of these shocks and effects. Google Assistant is a good example of a small case, and Google, as a company, has always been trying to have a good idea of how technology has a good impact on the world.

But this is not the responsibility of the Google family, Professor Li Feifei said she also promoted the study of thinking and rationality in the academic world, making the spirit of science and technology better.

AI should be used correctly, not just "no evil".

Google's AI business has been pushed to the top of the storm for its involvement in the joint manufacturing of weapons with The Pentagon, and has led to many discussions, Google CEO

But in fact, in Google's view, AI is not just "no evil" to develop in the right direction. Now AI technology has already "invaded" 1 billion of the 7 users of Google's Android, Youtube, Google Maps, Gmail and so on. AI has begun to mature and is now relying on these products. Google's service has played a sensible and attentive Almighty assistant in people's life. But at the same time, the involvement of AI has made many people worry about the replacement of human beings and the decision of human beings.

Professor Li Feifei told geek park that she published an article in the New York Times in March this year to explore the above issues. In this article, Professor Li Feifei proposed three elements of human based AI: first, AI needs to reflect the depth of our intelligence; secondly, strengthen human, not replace human beings; third, ensure that every step of the development of the technology concerns its impact on human beings. Among them, the second point of view is to cover such problems.

Today, AI, people always think of employment and unemployment, the substitution of human behavior, and manufacturing, but in fact, there are a large number of possible application scenarios in AI that can help expand the ability of people, rather than simply replace human beings. AI has always been a very important topic for the ability to extend and enhance the ability of people, both in work and in the quality of life, from the perspective of basic research or from the perspective of application.

As Jeff Dean talked about this year's I/O, he thought AI should be an open white box, not a black box. AI services to users not only to give an endless conclusion, but to show more decision-making processes to make users understand and understand why they are making such decisions. To help people make better decisions in the future instead of simply replacing people with decisions.

It is clear that technology advances can make people do a lot of things, but in the process of development, whether it is the developer or the people in the human society, we all have to know where the next step is to be deployed. Professor Li Feifei told the geek Park, so that's why Google has to release some of the basic principles about AI about three weeks ago, which in fact reflects Google's application to what field and technology should be and how it should apply to positive purposes.

AI is still a child, and the Google AI center is equally young

Since the establishment of the AI center in China, Google has a profound impact on the domestic AI industry, especially after the opening of the internship opportunities for students in Colleges and universities, and the repercussions are good at the top universities in China. Google has also worked with first-class universities such as Fudan and Tsinghua. Many people feel that Google, like a preacher, has popularized its AI technology standards to China and worried about Google's future development of China's AI technology.

As the head of Google's China AI center, Professor Li Feifei told the geek park that Google has a very humble attitude from the beginning, because China has a very great AI research environment, and many colleagues have made a lot of contributions to AI's world-class academic research. At this point, Google is still young, and the AI center has been established for only a few months, including cooperation with Fudan, Tsinghua and other schools, and a lot of support to Google, and many young students come to the AI center as an intern.

Google's cooperative operation and accumulation in North America and many universities also believe that it can help the Chinese Center grow faster. It can promote the development of AI's basic theoretical research step by step with Chinese scholars, and this is also the first step on the journey of AI.